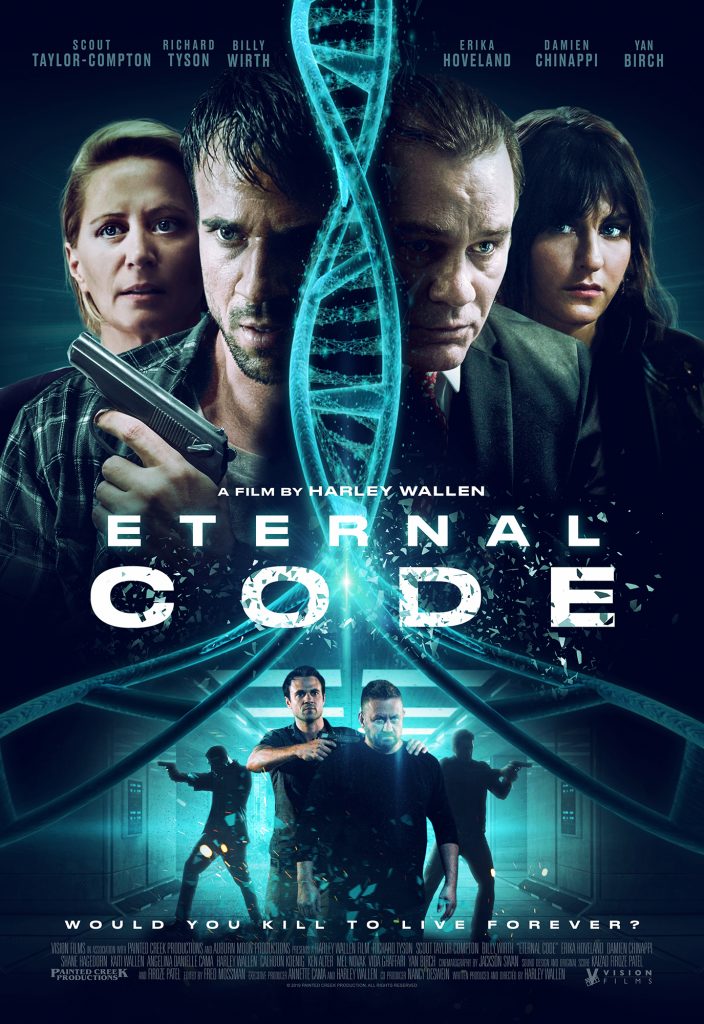 Harley Wallen is constantly cranking out movies that he produces, writes, directs, and acts in amongst many other tasks he handles for his films.  One of his recent films Eternal Code is about a revolutionary invention with great implications Bridget finds a character flaw in the company they’ve partnered with to develop the prototype that could be the fountain of youth. When she pulls the plug and step away from their original deal she quickly realizes they will stop at nothing to get it back. After her family gets kidnapped to sway a favorable vote their hopes rely on their teen daughter Miranda and her unlikely allies Corey (a suicidal military veteran) and Stephanie (a prostitute).

Your attention will be grabbed within the first few seconds when Corey (Damien Chinappi) is about to kill himself.  When he sees a Stephanie (Kaiti Wallen) in distress with a “client” he puts his problems to the side and rushes to save her.  Immediately you realize he’s got issues, but helping others is in his nature. We learn that Corey is homeless and lives in a park and Stephanie is a street walker.  She can tell Corey is struggling and tries to friend him since they both are not in the greatest positions in life. When a couple teenage girls want to help out and give him some food and money, he obviously isn’t used to being helped and isn’t sure how to respond.

Now for the film’s real dilemma.  A heated company meeting is occuring about developing a controversial device that can save people who are on their deathbeds and give them eternal life.  Of course it’s only for the wealthiest and most powerful people in the world which has some of the board members licking their chops and foreseeing them being ridiculously rich.  The Board President, Bridgit (Erika Hoveland) is against the project saying it’s not morally right. Bridgit knows she’s not well liked by some due to her decision, but she’s going to stand her ground.  Her husband Mark (Billy Wirth) supports her, but he’s concerned about his family’s safety. 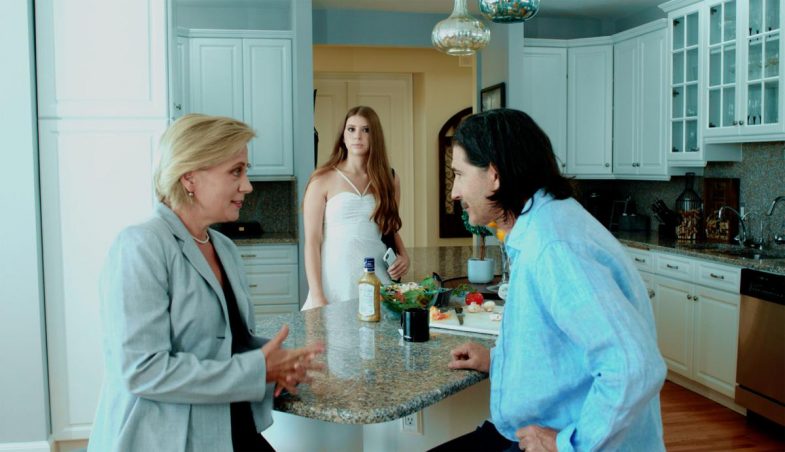 Oliver (Richard Tyson) is a board member who is leading the others against Bridgit and will do whatever it takes to get the experiment approved.  One way to get the vote from the company’s board is by Bridgit not being able to cast her vote and Oliver plans to make sure that happens. He also will make sure other board members supporting Bridgit will switch their vote.

Oliver knows time is limited and puts the call out to have Bridgit’s family kidnapped and held hostage, but their daughter Miranda (Angeline Danielle Cama) escapes the attack and the first person she runs into is Corey. Corey may not have a lot of self confident, but he won’t back down from someone in need and in this case, he’ll be able to use his military training.  He first needs to find things out first hand and he goes to Bridgit’s company and immediately realizes the company is concealing something big. 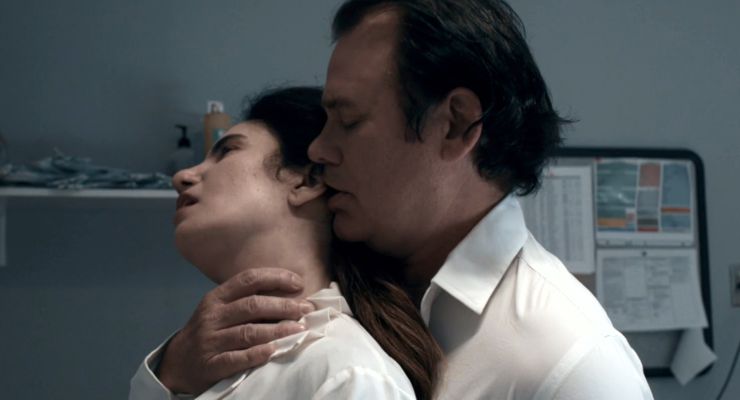 From this point on the action and drama really picks up. He has to save Bridgit and Mark, but knows he’s dealing with a ruthless Oliver that will take out anyone causing him resistance to his plan.  Even Miranda’s friends, who happen to be the ones that helped Corey by giving him food and money, are in harm’s way.

Who will survive Oliver’s malicious plan, how will Corey save Bridgit and Mark, will Miranda’s friends be okay, and don’t be surprised if Oliver unexpectedly drags down some of his own. 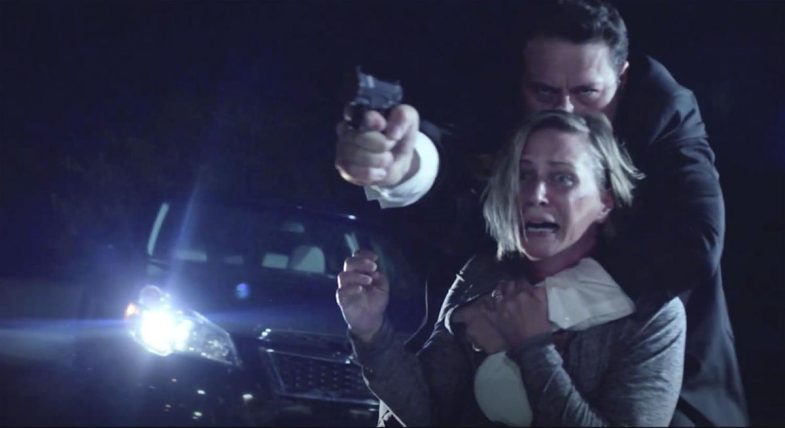 A lot needs to be resolved and the climax and resolution contains tons of action and intense moments including a heart stopping standoff.  The final seconds are a bit of a cliffhanger and will have you questioning whether everything was resolved.

Eternal Code is available on all major cable platforms and on VOD including iTunes, Amazon, GooglePlay, and Vudu.