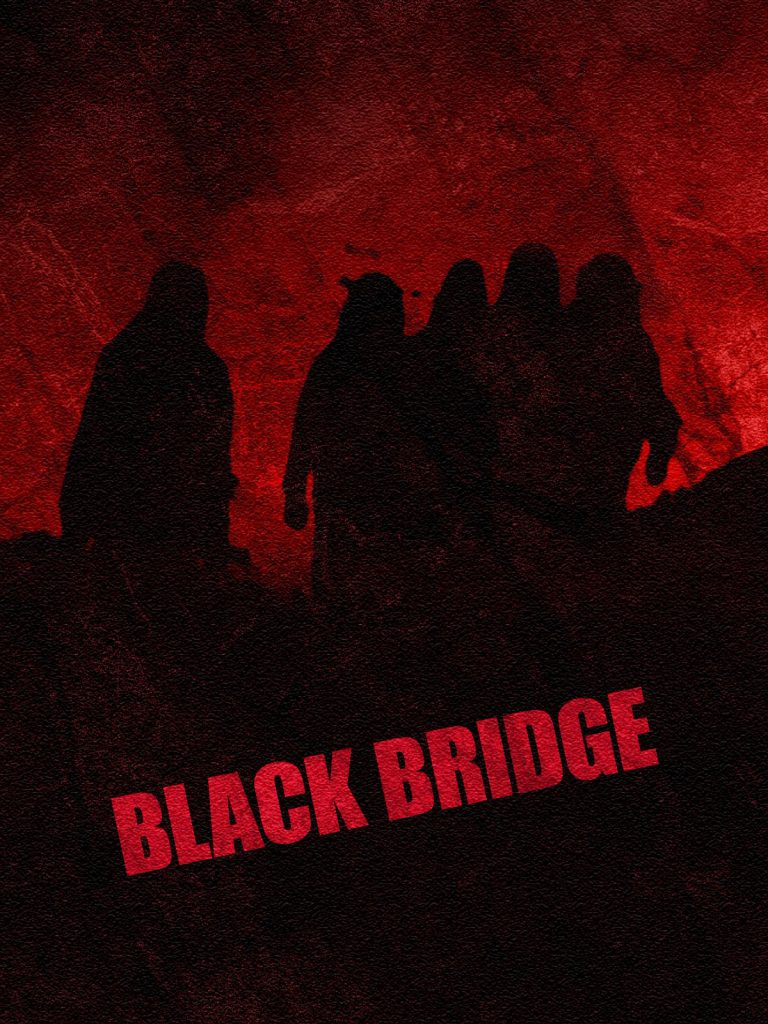 I’m still stuck in the 80s, especially when it comes to metal, hair bands, satanic rock, and even Christian rock songs like To Hell With the Devil by Stryper. So when I heard about Black Bridge, I put on my ripped jeans, black t-shirt, pentagram earring in, spike wristbands and started to relive my 80s metal days.  With the exception of back then I had Dee Snyder hair and unfortunately now I have just a little more hair than Kojak, but I wasn’t letting that deter me from my metal night, so I cracked open a MGD and started up the dark comedy Black Bridge.

First off, Black Bridge was originally filmed well over a decade ago.  Knowing the history of the film and the events that happened up till the recent release was in my mind the entire film and made me appreciate it even more!  Don’t take my word for it, here’s what Director Kevin Doherty said about making the film.  “In the early 2000’s, I shot my first feature-length film (and my first digitally); a head-banging rock odyssey that takes place in 1984 titled “Black Bridge ’84,” shares Doherty.  “It was made with no money and against a myriad of unbelievable bad luck from the film gods (including having to shoot most of it twice due to the unfortunate circumstance that most of the master tapes were stolen when our DOP got mugged). Undeterred, but perhaps a little broken, we plodded onward nonetheless and managed to finish filming it over the course of a year or so. It didn’t end up being as I’d originally envisioned it and massive disenchantment set in, thusly I didn’t do much with the film as I’d lost all interest and hope for it”. 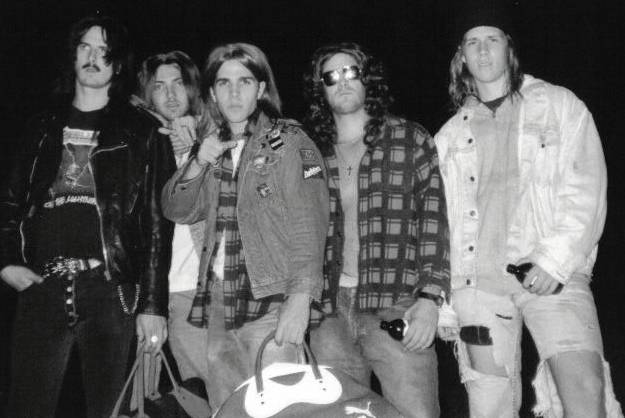 Doherty obviously didn’t want to shelf the film, he wanted to bury it at least six feet under, but like a nightmare relationship, you still want it to work.  He continues how Black Bridge was resurrected, “Now, almost 15 years later, Zellco Productions, whose head of production worked as one of the film’s editors back in the day, contacted me and asked is he cold distribute it. Up to that point, I’d been pretty detached from it and left it behind in limbo and was reluctant at first, but after watching the film for the first time in over a decade, I kind of felt a little pride and a rejuvenated excitement with the film. Admittedly, it’s far from perfect – it’s certainly flawed – but considering all that we endured, how we came out with a finished product floors me. We made a film, a period piece no-less, with actors doubling as crew, and crew doubling as actors, all working for nothing but warm tuna sandwiches and water.” Despite all the hardships and quality not up to Doherty’s standards, the film possesses an 80s metal cult vibe, that many metal heads will be able to relate to.  So, keep that all in mind and look beyond any flaws and just take in the story and characters and you will thoroughly enjoy Black Bridge! 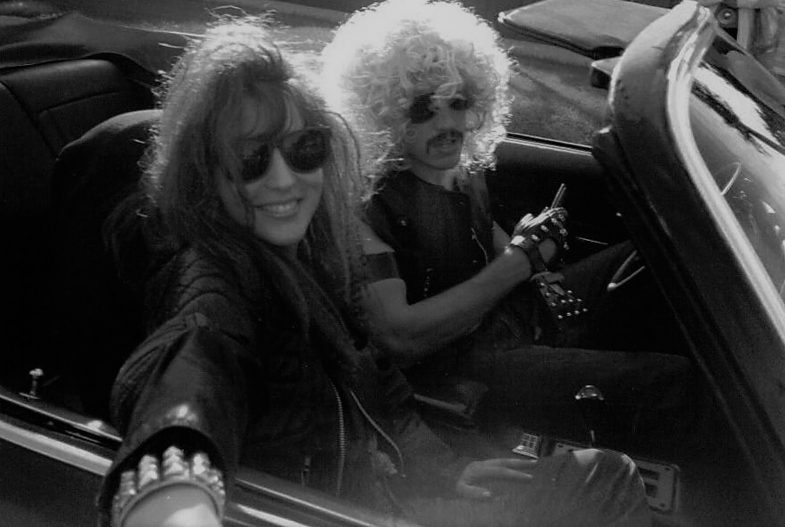 Clive (Jason Malloy), Eddie (Mike Silver), Sammy (Orlando Carriera), Tracey (Jennifer Pudavick), Gomer(Clayton Champagne), and Adrian (Adam Smoluk), a close-knit group of “headbanging” friends all have an equal passion for Heavy Metal music, partying and experimenting with the occult and supernatural. When the mutilated body of murdered 12 year-old Mikey Gay (brother of the Hellrats’ feared, trouble-making gang-leader Vinny) surfaces in Sammy’s “Satanic Enshrined” bedroom, all six become prime suspects in the murder. Did one of the six teenagers take their interests in Black Magic a little too far? Or was Mikey murdered at the hands of someone else? This coming of age tale represents a different side of the 80’s that has never been chronicled until now.

When the film begins the main characters are introduced and you immediately learn that some of them are really messed up.  Many will be able to relate to the characters because we all knew someone back in the day that was just as crazy. We also are told there’s a strong rival between two schools and the hatred runs deep and is aggressive.   Which was normal in the 70s and 80s especially amongst metal heads. As you can tell, the film provided an abundance of 1980s nostalgic references, like Friday Night Videos and songs in the soundtrack including Heavy Metal Love!

The heavy metal music kicks serious ass from the opening second till the last credit and there are ballads included for the dramatic scenes.  The ballads are mostly near the climax and it’s very depressing and considering a penis enhancer is involved you’d think it would be a comical moment. Don’t worry it’ll make sense when you see the film. 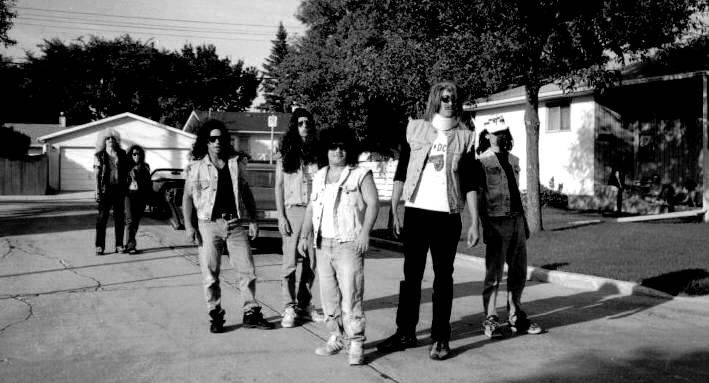 The dialogue provides comedy too and the funny part is that it’s the way people talked, especially when looking for a fight or just attempting to look like a tough guy.  For example two guys looking to fight and say “Wanna go,” followed by them saying YEAH YEAH YEAH, back and forth a half dozen times. So as insane and satanic this movie can be it has comical moments.  I truly believe Kevin Doherty was a true metal head and if he wasn’t he sure knows their lifestyle!

Most metal head fights just leave bruises and dented pride, but one night in the film the brawl gets out of control.  The scars and injuries are the least of their problems because this time death is involved and our protagonists are the prime suspects.  In true satanic metal fashion, they take things a little too far and hit the ouija board for some satanic assistance.

There may be some questions during the film about characters and their point in the film, but don’t overthink it, things tie in near the end.  Which includes preaching and a confession to a mass audience. There’s no predictability during the film which makes it very intriguing and personally if you let the production flaws go and enjoy the story and metal days you will thoroughly enjoy the film.  You definitely will laugh and have memories brought back and you will cringe and have sympathy. 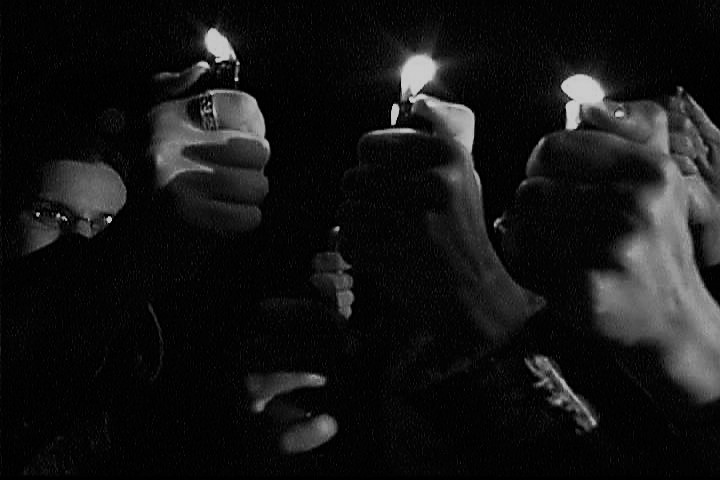