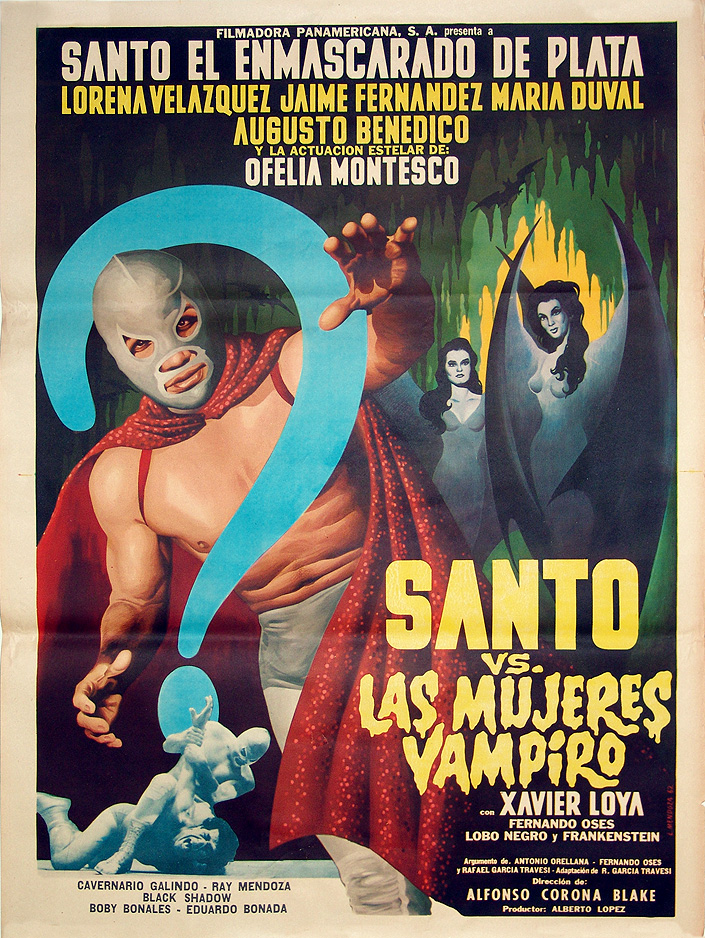 You haven’t seen fun camp and delightful cheese until you’ve seen an El Santo movie, and his match with a bunch of beautiful vampire ladies is probably his best.

Since Lucha Libre (Wrestling) is very popular south of the border, El Santo (or Samson, or The Silver Masked Wrestler etc) was the master of caped comic book heroes in Mexico back in the 60’s. This movie boasts not only the typical Santo plot: a wrestling match at the beginning, a pretty girl being menaced by bad guys, a professor who knows how to stop the bad guys, a second wrestling match with a concealed bad guy masquerading as a wrestler trying to kill Santo in the ring etc., but it also has some cool old-school Gothic style undead evil mistresses. And some beauties they are too: Lorena Velasquez (a look-alike to a young Liz Taylor, except prettier) is the effectively sinister vampire queen who is looking for a successor.

It’s a lot of late night horror movie fun, the kind the “live monster” hosts like Elvira and Vampira used to show. You can’t help but love the stilted, translated dialog done in laughably out-of-synch dubbing, endless fighting scenes (the kind where people fall down even when a punch misses them by ten feet), a slowly unravelling master plot, and cheap special effects. This is a “must see” for fans of campy horror films.