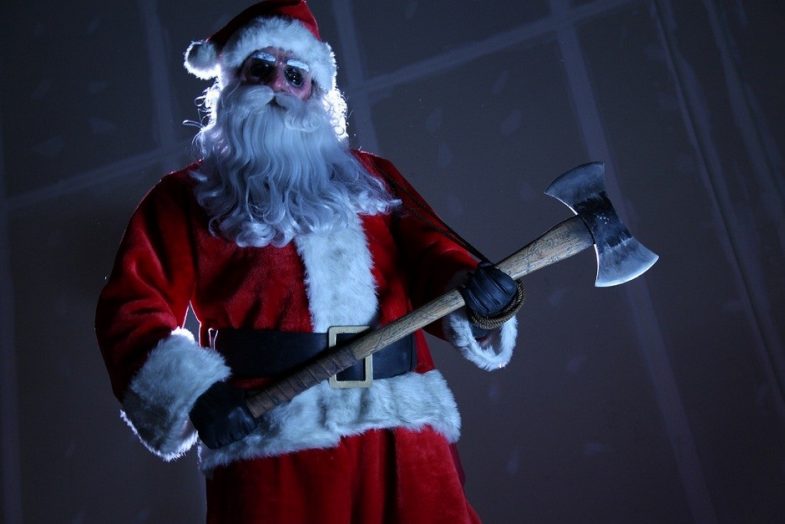 I really love the Christmas season. The bustle of people as they go about their way shopping for people they love. The flickering of lights against the night sky and the realization that maybe we all have some connectivity to one another. I am a believer and for me, this eruption of goodwill gives a hint for what is possible and how in many ways we truly are our brother’s keeper. In this moment of time when we recognize our kinship to one another, I also catch a glimpse of what moving going means to our society as a whole.

It was announced by Comscore that the Thanksgiving domestic box office was down 16% from last year. Many said this was due to the introduction of Disney + as well as the release of “The Irishman” on Netflix. It is very easy to point a finger at streaming being the bringer of all evils. If you look though, Hollywood has started a program of slowly abandoning the movie theaters. Was there a major release during the traditionally lucrative Thanksgiving holiday? The answer is no. Frozen II should really have been released at Thanksgiving, but for some reason, it was not.

It is almost that Hollywood is purposefully forgetting the patterning that people expect from movie-going. It is like they are working backward from some arbitrary release date for streaming and everything is secondary. I really think it is capricious and short-sighted on the part of the studios. Combined with less than compelling content coupled with tired tent poles Hollywood is losing its grip as vessels for the tradition of movie-going. It is becoming readily apparent that movies and movie-going are less and less important to the accountants that truly run the studios.

This week the Golden Globe Nominees came out for Best and 3 out of the 5 pictures were made by Netflix. The Golden and Silver Age of Hollywood is long gone..we have entered the Tinfoil Age. Hollywood has solidly cast its lot with the streaming services.

What is fascinating that like Marshall McLuhan said the medium is truly becoming the message. What this wise man said is coming into play with movies. McLuhan made the statement that the medium on which media sits is truly the shaping factor of what is our experience. Apply this to streaming, the medium of streaming is shaping and evolving the movies into something that is becoming completely foreign to many of us.

I watched “The Irishman” and frankly I enjoyed it. At times it seemed to be a bit tired but I did watch it in one sitting. My son on the other hand who is a product of Youtube and Instagram is watching it in 15 minutes increments. In his viewing and his use of the medium, he is shaping and defining the movies for generations going forward. There is a reason that Jeffrey Katzenberg is launching his platform Quibi, to showcase short-form video with very high production quality. It is really fascinating when you stand back and take a look at it. Professional arm wavers all make the claim that this is new, profound, and has never happened previously.

The problem it has.

The advent of the tent pole as a result of George Lucas and Steven Spielberg wanting to re-invent the movie serial. The movie serials featured a cliffhanger of a plot that would have audiences visiting the theater week after week. The movie cliff hanger has a deep tradition in cinema. The theater prior to the screening of a feature would screen short 15-20 minute serials. They would feature a new installment every week. This went on for about 40 years. The first serials appeared with titles “ What Happened To Mary” in 1912 and “The Adventures of Kathlyn” in 1913 and of course the classic “The Perils of Pauline”. “Flash Gordon” “Hoot Gibson”, “Captain Video”, “Buck Rogers”, “Radar Men From The Moon” and “Captain America” were some of the more famous titles.

Let’s face it both tentpoles like “The Avengers” and“Star Wars” as well as binge-watching owes more of its structural origins from the movie serial. Again to re-introduce the concept of “what is past is prologue”.

What it does do in today’s world is to pose the question would this kind of serial cliff hanger offering work in today’s movie-going economy. My answer is a hasty and hearty, hell yes.

What is imperative as the VPF’s recede and the movie-going economy shifts is that independent owners take matters into their own hands and innovate.

Not only do I speak to theater owners and studio employees on a regular basis I also speak to independent filmmakers and distributors. They tell me of the struggles they are having with placing the product with the major streaming services. Netflix is demanding all English language rights for a flat fee which almost guarantees a lack of profitability for a movie producer. There is an exception though if that movie has a theatrical release. Then the deal changes. Movie producers are anxious to get into business with theater owners. There is a chance to innovate here. Independent producers can re-invigorate the movie theater and independent movie theaters and grow independent production.

I am going to be lofty for a second and quote Thomas Jefferson, “That whenever any Form of Government becomes destructive of these ends, it is the Right of the People to alter or to abolish it, and to institute new Government, laying its foundation on such principles and organizing its powers in such form, as to them shall seem most likely to effect their Safety and Happiness.”

It is time to look at the past in order to define the future. It is time for movie theaters to take matters into their own hands.