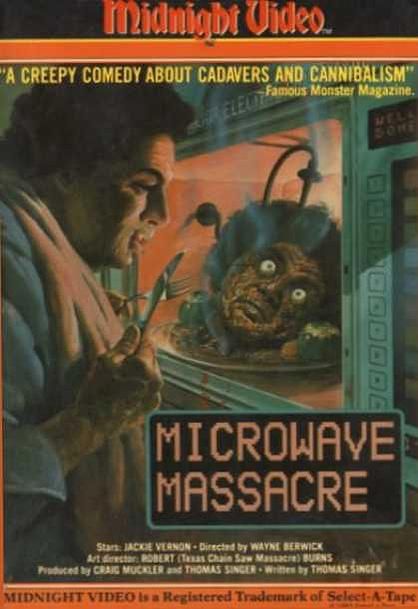 Poor Donald. Hates his wife’s cooking…so he cooks her in the biggest microwave on the planet and accidentally eats her. Finding he likes her “good taste” he starts picking up hot chicks and baking and eating them. Jackie Vernon (voice of Frosty the Snowman) is the sexually perverted cannibal. Played strictly for laughs. The humor is hilariously stupid…and obviously done with a constant wink. Plenty of gratuitous nudity and cheesy effects. A 70’s disco soundtrack just adds to the good time cheesiness. A few scenes still make me laugh out loud. A couple of beers (or whatever is your preference) can only add to the enjoyment. Just a whole lotta fun!