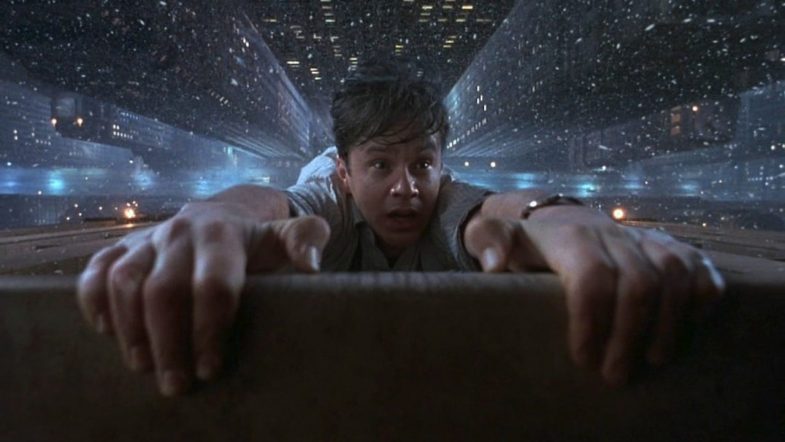 A paradigm shift, a concept identified by the American physicist and philosopher Thomas Kuhn, is a fundamental change in the basic concepts and experimental practices of a scientific discipline. While in the past, theaters have had to endure changes in movie length, the introduction of sound, changes in movie size, and most recently the migration to digital projection. In some cases, these were substantive changes. The tsunami of change that has swept over the business of exhibition in recent times has no parallel. It is a purposeful advancement of social engineering which has as its sole intent the decimation of the collective motion picture experience.

I often feel that I am at Wimbledon in regards to news about the state of the movie exhibition business. One day the trades herald “best year ever” and the next day “we are down 12%”. No one gets it right because I truly believe they never present the information in a proper context. They rarely mention the declining number of admissions and fail to mention that the majority of the increase is due to rising ticket prices or bringing Chinese admission into play. The runner is stumbling and stumbling badly.

“Combined with more concentrated distribution, and more concentrated exhibition, the advent of Big Streaming makes the Paramount Consent Decrees so much more relevant to the ‘changing’ motion picture industry,” states the brief. “Streaming services with massive market power are the new, potentially scarier, ‘television.’ If they purchase cinemas and throw around their ample weight, independent cinemas confront the predations of Big Distribution, Big Exhibition, and Big Streaming. On the other hand, if the Paramount Consent Decrees continue to be respected, the entry of behemoths like Amazon into the exhibition business would more likely be on terms that deterred Amazon from abusing its market power either to favor its own cinemas with its content or to punish fairly competing exhibitors with terms such as overbroad clearances.”

This filing by the ICA represents indeed a welcome breath of both fresh air and leadership that for long has been stagnant within the ranks of many industry organizations. It is an important read and I for one applaud loudly the words and sense of fair play put forward in this brief.

In the brief Macdowell also writes: “Disturbing a consent decree, especially an antitrust decree reached, as here, after extensive litigation proving abundant antitrust abuse, has always required a substantial showing by the moving party, The DOJ cannot now shift the burden to some other party to ‘prove’ the future recurrence of antitrust abuse.”

The following quote from the brief plainly puts what is at risk with the arbitrary and underhanded removal of the decree. “To dissolve the Decrees at this moment in cinema history would declare open season on the most vulnerable players in the market and imperil access to the Big Screen for tens of thousands of Americans in small towns and rural areas,”

The removal of the Paramount Decree is the second of a one/two punch designed to clear the path for the large media and data conglomerates to have absolute control over the viewing habits of the American public. In 2017 the FCC removed net neutrality as a market condition for American data providers. The main objectives of Net Neutrality are to: 1) guarantee that end-users have freedom of decision on the contents, applications and services to which they will have access, as well as knowledge on how their traffic is managed on the network; 2) grant legal certainty to the industry in terms of network neutrality, giving clarity on viable traffic management and network administration policies, as well as with respect to admissible business practices; 3) favor the reduction of the digital divide, through commercial offers aligned with the traffic management and network administration policies.

This has now been purposefully removed by the administration from the American landscape. States like California, New York, and Pennsylvania are putting forward their own net neutrality legislation to counter the machinations of Washington D.C.

Data providers like Comcast and AT&T along with content providers like Disney worked in tandem to remove the barriers to further enlarge media monopolies by lobbying and lobbying hard to remove free enterprise from any body of law. They knew that the last barrier for them to run roughshod over the American public and created digital serfdom was the removal of both net neutrality and the Paramount decree. These companies feared the anti-trust precedent in that sixty plus-year-old court ruling. They know that given their shenanigans with net neutrality the decree represented the last barrier to complete and utter market dominance.

I believe in free enterprise, I believe in it deeply. It has shaped and defined much of modern society. In the Webster dictionary, free enterprise is defined in the following manner, free enterprise is the freedom of private business to organize and operate for profit in a competitive system without interference by government beyond regulation necessary to protect the public interest and keep the national economy in balance.

The removal of the Paramount Decree is an action of an administration that is not acting in the best interest of the American public, it is short-sighted, ill-thought-out and quite plainly being done for reasons that clearly counter to the public good.

My favorite quote from the ICA Brief is the following “Much of the ‘change’ touted by the DOJ is simply a name change among the Big Players, it has no structural significance. It is true, for example, that the motion picture industry is far less vertically integrated today than it was when the DOJ instituted the Paramount litigation. But it is significantly more concentrated and consolidated. In other words, the Big Players have different names, but the Big Squeeze on independents persists in exactly the ways it did in the 1940s.”

I applaud the submission of the ICA, unfortunately, I feel this passionate, truthful and earnest document will be summarily ignored. It is time though that theaters take inspiration from the ICA and ask State government to look at enacting State legislation which will attempt to re-inject a level playing field in today’s marketplace.

Bad men need nothing more to compass their ends than that good men should look on and do nothing. John Stuart Mill