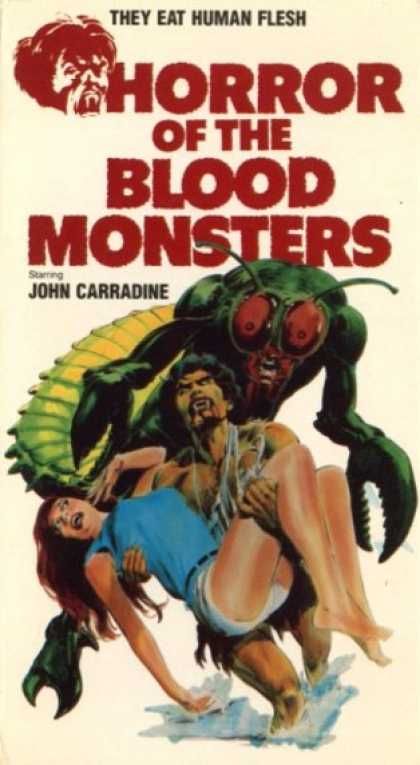 Ya gotta love Al Adamson. Only he would (1) take footage from a 20-year-old movie about gorillas in diving helmets (“Robot Monster”); (2) combine it with clips from a 30-year-old movie about elephants with hair mats glued to their sides (“One Million B.C.”); (3) throw in parts from a God-knows-how-old Filipino movie about midget cannibals, half man/half lobster monsters and beer-bellied Chinese cavemen with snakes growing out of their shoulders (all of the aforementioned footage being in black and white); (4) spend $2.15 shooting new “connecting” footage (in color, no less) with an apparently–to be charitable–confused John Carradine and a bunch of actors who have trouble remembering their lines (among them a vapid blonde who is so incompetent that all her dialogue is dubbed in by someone else, and who doesn’t even have the decency to make up for it by getting naked); (5) put it out under at least 10 different titles; and (6) try to pass each one off as a new movie. Go, Al!