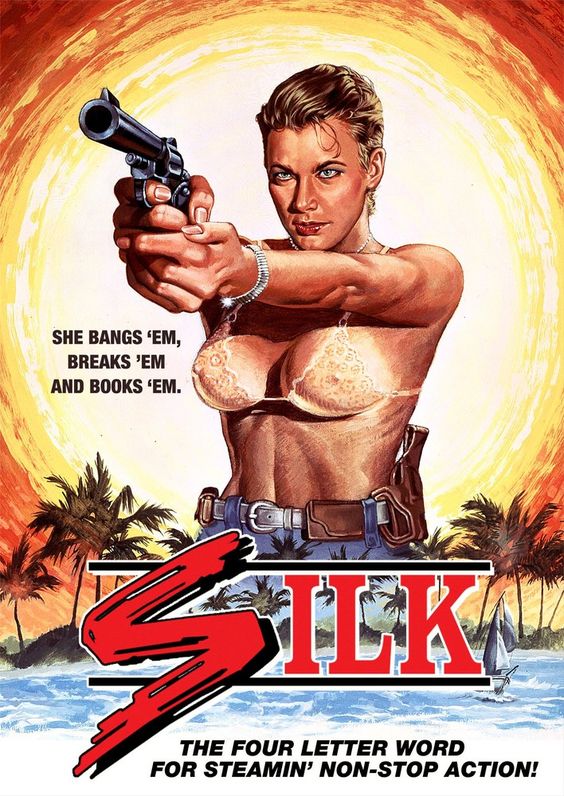 This is a low-budget effort about a maverick female cop who single-handedly fights crime and corruption, playing by her own rules (a la Dirty Harry). Set in Honolulu, the film opens with Silk thwarting a robbery with her trusty handgun, as she blasts numerous machine-gun toting bad guys.

Everything about the film is poor, but its difficult to totally dislike a film which is so blatant about its limitations and lack of originality. Cec Verrell as Silk is a statuesque, macho looking female lead, always wearing low-cut vests, with a body to die for – similar to Brigette Nielsen in Rocky IV. Film plays like a sub-standard tacky mid-70’s American cop TV series, but it is mildly entertaining for the masochistic viewer.