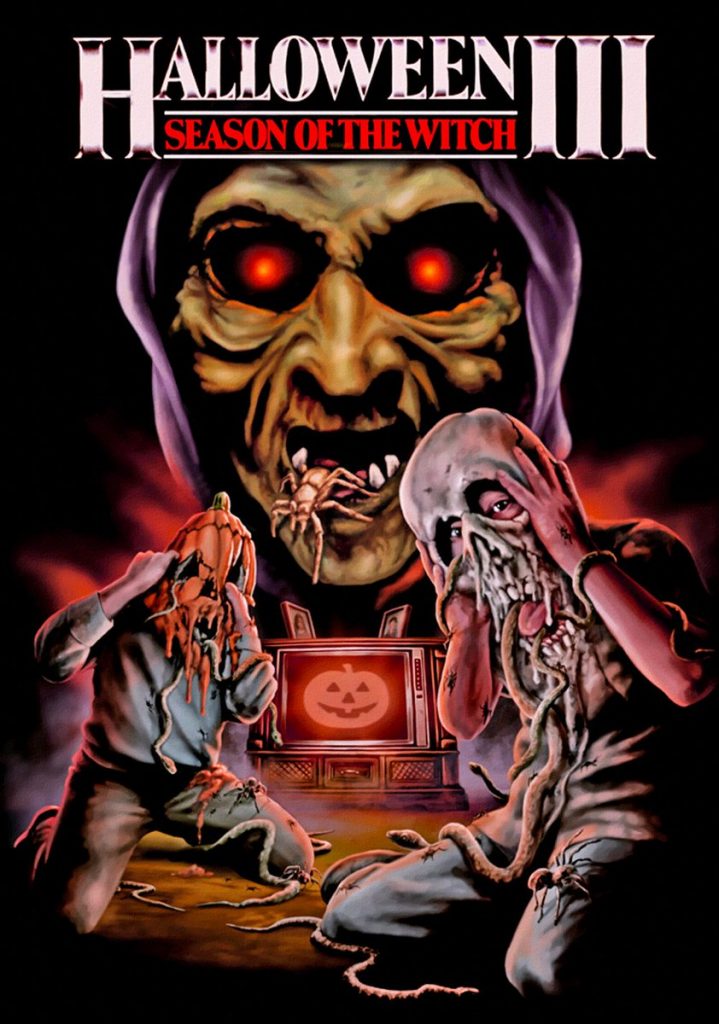 Is this a sequel? If it is, what did I miss? This movie is a mystery and it is not a sequel by any means. Instead of the usual Haddonfield, Ill., it takes place in California. Instead of dealing with the inhuman killer, Michael Myers, you are dealing with a owner of a Halloween party shop who is dealing in witchcraft. The Silver Shamrock mask company not only sells the mask, they are using the children as sacrifice. Whenever the commercial airs, the flashing Jack-o-lantern appears, and instant death occurs. Two people are out to find the owner, stop him and the company, and keep Halloween safe for everyone. I don’t know who came up with this idea. It’s different from the last two films. Not as scary as them. Maybe, they wanted the people feel at ease in Haddonfield. But this movie was a letdown. I wouldn’t call it a sequel