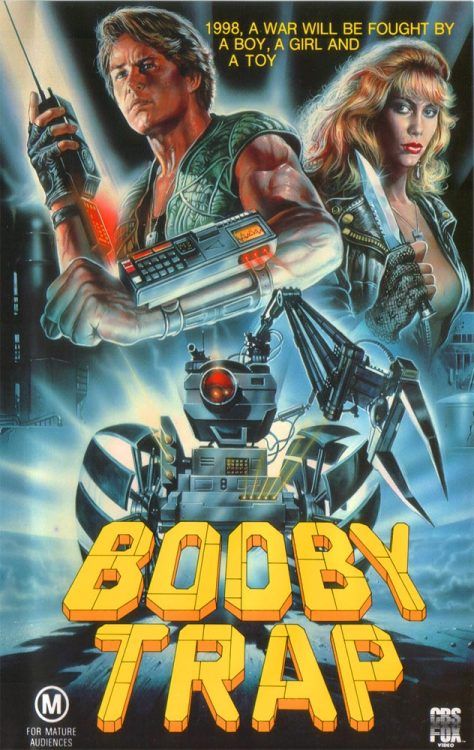 After a plague in the future kills over 100 million people certain zones are established to quarantine those infected. As the plague subsides these zones become hotbeds of criminal activity and essentially serve as a sanctuary for outlaws who take advantage of the societal breakdown and terrorize nearby cities. In one particular case some hoods led by a man named “Reegus” (Merritt Butrick) break into a home and in the process of looting it decides to cripple a young man named “Steve” (Devon Hoelscher) who is trying to protect his mother (played by Kristina David) and his girlfriend, “Rebecca” (Emily Longstreth). To make matters even worse, when his mother (played by Kristina David) files a report she is subsequently beaten and Steve’s grandmother is murdered. Realizing that they are coming for him and Rebecca he decides to fight them off using his knowledge of electronics and a type of robot he has invented out of spare parts. Now rather than reveal any more of this movie and risk spoiling it for those who haven’t seen it I will just say that it had a good premise and some adequate actors to build upon. Unfortunately, the director (Frank Schaeffer) wasted too much time by concentrating so extensively on the wild antics of the barbarians in their camp rather than devoting that time on character development. As a result the story seemed to lose focus. Additionally, I thought both Emily Longstreth and Merritt Butrick weren’t used to their full capabilities. In any case, this wasn’t necessarily a bad movie but all things considered I have to rate it as slightly below average.