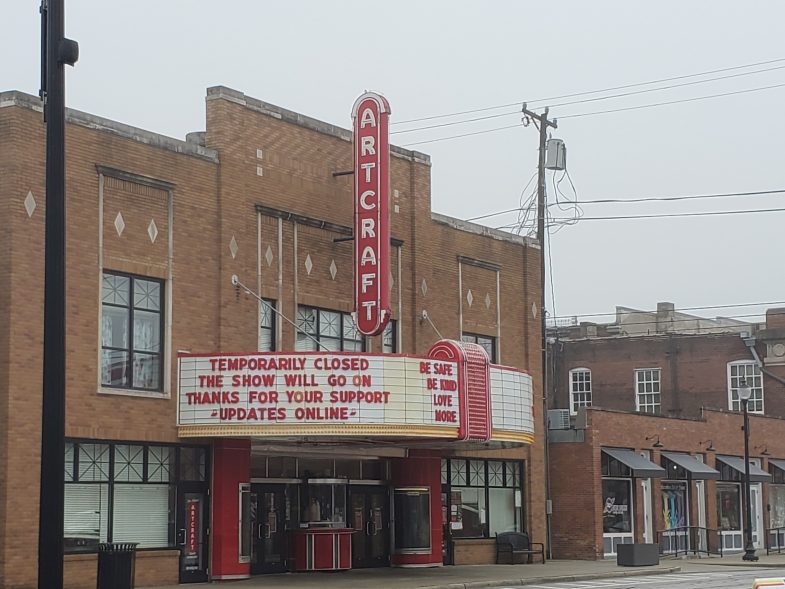 This is tough. Tougher than I ever thought it would get. How in a couple of weeks can things come crashing down so hard around us? The world of motion picture exhibition is very foggy right now and it is very hard to see the light. The industry as a whole had no choice but to shut down. It was the responsible thing to do. It is imperative though that the industry as a whole receives financial relief or a rapidly cascading series of large chains and independents will come crashing to the ground.

Given what has happened in overseas markets, people knew theater closure was on the books. Where measures of containment were being implemented, Comcast, through Universal, decided that instead of shifting release dates they were going to stream a series of new releases. Going day and date with closed theaters. Talk about kicking a guy when they are down. This was the plan ever since Comcast acquired Universal. They waited until the industry was most vulnerable to pounce. Since the announcement by Universal, other studios have begun to follow suit.

A statement should have been put forward by the studios that “until this crisis is over we are reluctantly placing our new releases on streaming platforms. When the crisis has ended and theaters have reopened we will again provide theaters with a proper theatrical window.” They did not do this.

The solace I take is that my wife went and signed up for a trial with Disney+ and commented: “This is nothing, what was all the fuss about?”

NATO has put out a series of statements, all of which are tepid. Here is a sample;

“While movie theaters will suffer some financial harm in the near term, and many of their 150,000 employees will face personal hardship, when this crisis passes and people return to their hard-wired social nature, movie theaters will be there for them as they have always been, with a full slate of movies far into the future.”

At one time people were wired to go to the movies once a week, at one time people would gladly and excitedly line up to see a movie…..this is an inaccurate and foolish statement. To state life will be back to normal for the exhibition industry is short-sighted and does not reflect a proper leadership. We have a problem, a deep problem. NATO must step up or the independent theaters should say adios once and for all.

This is indeed a time of crisis and a time of change. We will lose theaters. People are being hurt. Buck Kolkmeyer, a movie theater veteran and a good friend sent me the following statement and asked me to share; “150,000 people have been affected. Historically, this industry has shown tremendous resiliency in tough times. It’s going to take a cooperative effort from both the private and public sectors to manage its way through this crisis.”

I had a really interesting back and forth with a drive-in veteran based in Pennsylvania. A passionate guy who really is concerned. He disagreed with my assessment of retro programs and rigorously countered my arguments. I welcomed the debate because as I get older I have less of a need to be right and I have more of a need to keep learning. I asked this veteran a question that I have been thinking about for a while “Do you think the traditional exhibition business really knows who their customer is anymore?”

He immediately came back with the following response. “Of course not. The studios have no clue. They don’t know where to spend advertising dollars. Tracking means nothing. Facebook & Twitter are iffy.”

He was right and then he said something that really hit home, “That’s why the studios have the dilemma of spending money twice: once for theatrical and again for home.” Wow, I do not think I have seen a better piece of evidence on how Hollywood lost its way. For me, this was a profound statement. It offered clarity and simplicity. It was the truth.

He was right, the way has been lost and the industry as a whole has tried to tell our customers what it wants it to want instead of producing a product that has a natural home in the hearts and minds of American audiences.

Some analysts decided to whisper the word “China” into the ears of upper management and the great dilution of the tradition of American storytelling began. The Chinese, being smart people, took the advances made by Hollywood, offered them cheap money and watched them erode a great American tradition. At one time the world craved American stories, now America was being subverted into weakening its strongest asset.

The agents jumped all over this and started forcing the budgets to rise to ridiculous proportions. There was a movie made in Spain that cost $1 million dollars in the Spanish language. The same movie with similar production quality and scope was remade in Hollywood and it cost $12 million. The agents inject a huge cost into the production ecosystem, taking silly upfront fees and percentages, but if you want the A list talent that is the dance you have to dance. Budgets rose so much that in order to see a return you had to pander to the international market. The movies stopped speaking to America.

When the fog lifts, we will assess the damage, dust ourselves off and start again the business of exhibiting motion pictures. What is clear, very clear is the model has to change, the suppliers have to change and the industry as a whole has to re-invent itself. It needs new voices to speak for it. It needs to partner with streaming in order to set windows. Streaming, will soon realizer that is the prudent thing to do. It also needs to control the movies that it shows on its screen. Most importantly the industry needs to remember with intense clarity those that stood by it when it came under attack. Understand that independent cable companies who collectively have 60 million customers negotiate their programming contracts together. This industry should do the same.

It really is time to think of survival. We have seen assaults with the removal of the Sherman Act, to pushes for day and date and now, when this industry is at its most vulnerable premiering on streaming. It is a time for changes, it’s a time for reinvention and it is a time to work collectively.

Last night, I was kind of down thinking of the pressures being faced by independent theater owners and movie going in general and this popped into my head, it gave me a smile so I thought I would share.Be strong…endure and prosper.