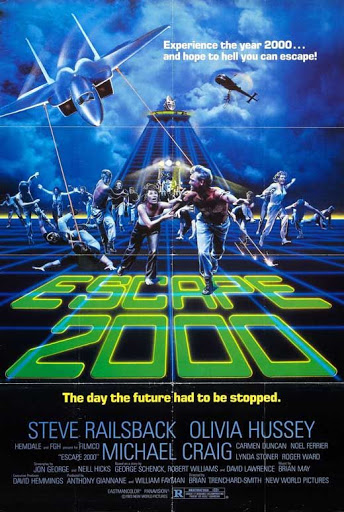 Known everywhere in the world except the U.S. as TURKEY SHOOT (there it was accorded the dumb aka of ESCAPE 2000) this is trash Oz film-making at its best! You gotta see this flick! A truck-load of ‘anti-establishment’ personnel are sent to this insane privately run “conditioning camp” set up and operated by a futuristic corporation for the amusement and dubious scientific study by its patrons. Railsback is quite obviously a non-conformist and gives the authorities what-for in no uncertain terms. He is marked for extermination.

Yet another derivative of THE MOST DANGEROUS GAME, the voyeuristic bad guys like nothing better than a “hunt” of escapees, re-hashed yet again in the 90’s with Jean-Claude Van Dumb as HARD TARGET! You might even like to reflect on similarities (in concept ONLY) with THE RUNNING MAN. If then you like grotesque violence, lesbian advances, excessive torture, guys with a hard-on for girl prisoners, yellow jump suits and girls shot through the breast, this is the film for you.

Incredibly, it was an enormous hit JUST in London at the midnight show in a theater in Leicester Square during the summer of 1982. They were queueing round the block for the privilege of watching Lynda Stoner and Olivia Hussey try to make it through the night. Damned if I didn’t queue as well! 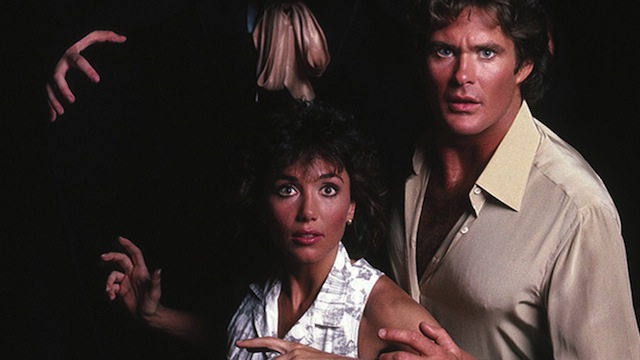 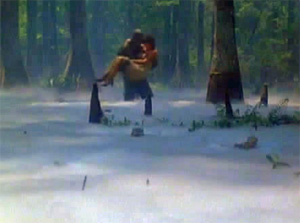 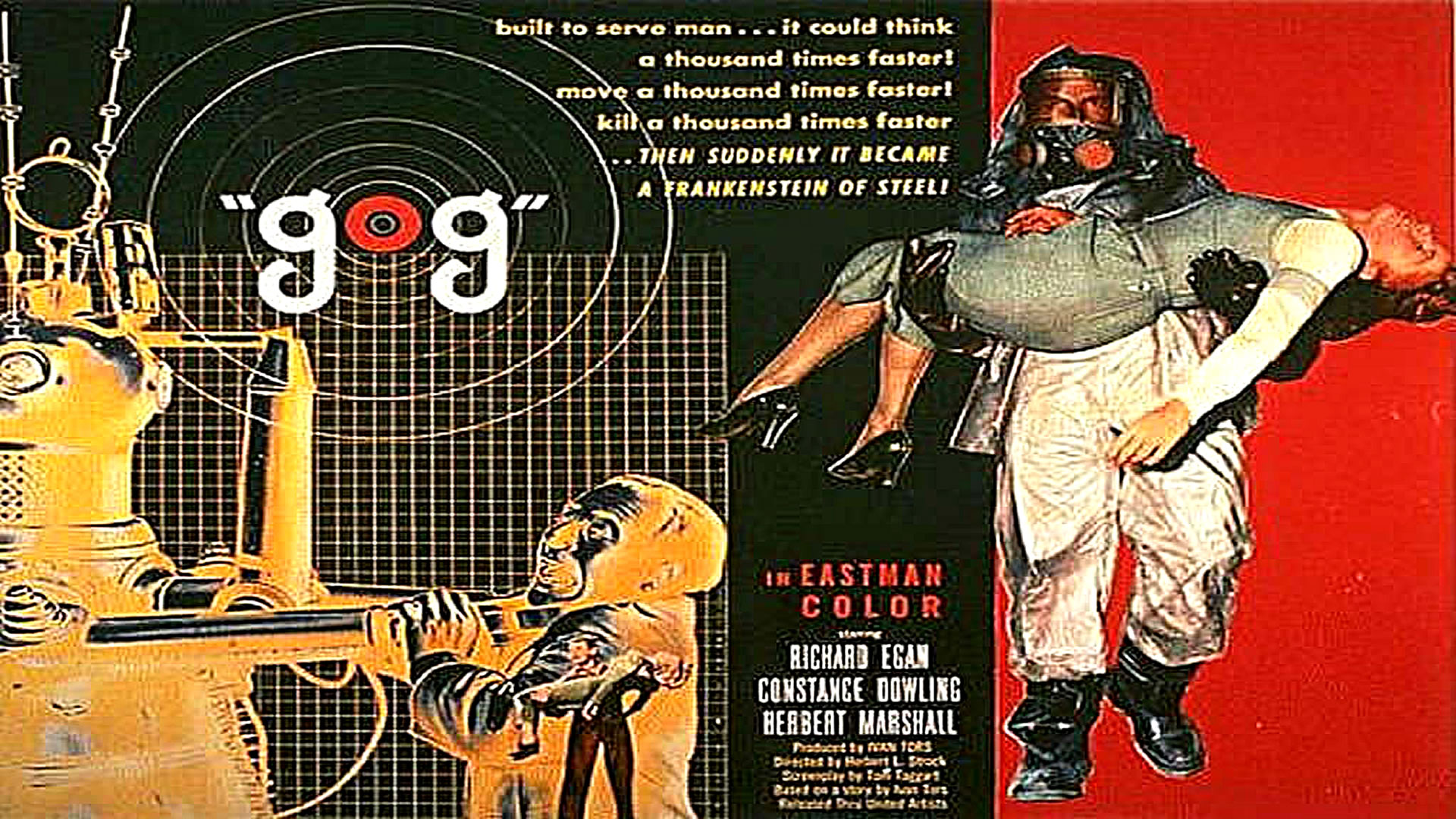