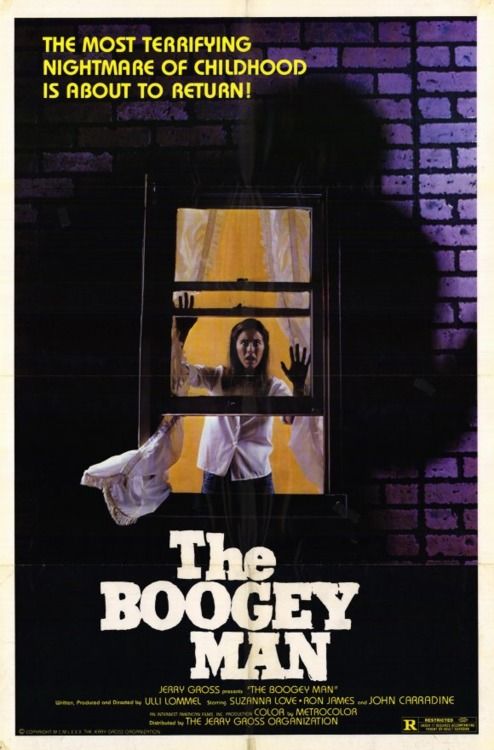 “The Boogeyman”, directed by Ulli Lommel, is quite a unique and strange ‘slasher’ film if you will. The story of a brother and a sister named Willy and Lacey (who are actually in real life both brother and sister as well ironically) who are traumatized by witnessing a murder that happened during their childhood, Lommel takes us as the viewer all the way to their adulthood for the most part of the film where their past still seems to haunt the both of them. The acting is very campy, although Suzanna Love’s screen presence is always nice. John Carradine makes a brief but good performance as Lacey’s psychologist, there are some interesting death scenes. Both the beginning and the end of the film are direct homages to two previous horror classics, the beginning is a direct “Halloween” homage and the ending resembles an homage to “The Exorcist”. Overall I feel Lommel did a nice job for only working on a shoe-string budget in the first place. I would have to say that by far this is Lommel’s best film.