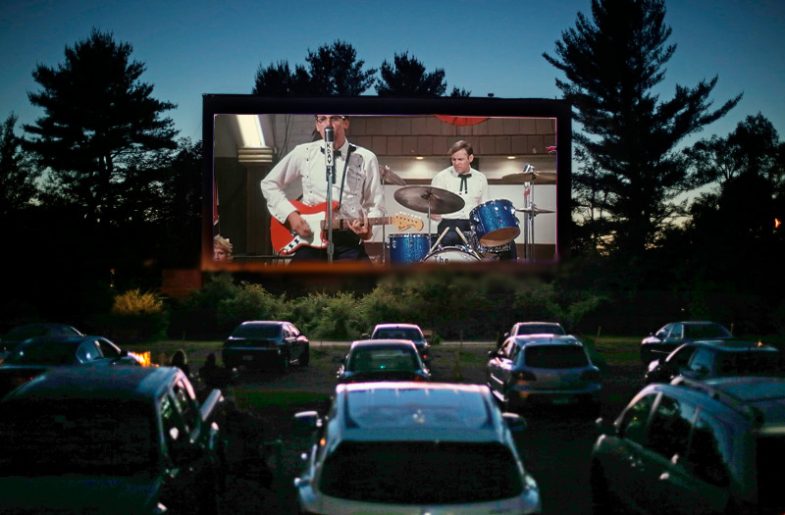 The world is changing. I just feel that this time of reflection while no doubt painful is producing some valuable re-assessments. I take a look at the world of movie exhibition and it is stumbling, stumbling badly. I think the changes that are about to take place in exhibition have been a long time coming. I have spoken to many people and all have different perspectives on what is needed in the industry.

Last week the news about a potential Amazon acquisition was in the news. I personally think there are plus and minuses to such a deal.

The upside for Amazon is;

2. A widening retail outlet base for both Whole Foods and Amazon Online

3. The launching of a global GamePrime and Twitch initiative

4. Finally putting in place a subscription model that works, building on the Amazon Prime model

There is also the downside of the profound overhead that AMC currently has in place. If I was Amazon I would wait for a contraction in the market prior to discussing. I do not think it would be of interest to ingest the past sins of the somewhat suspect machinations of AMC.

But more confusion lies in the mist of rumors and internal buzz. There is another line of buzz that in fact the AMC that Amazon is truly interested in is AMC Networks. The network which hosts The Walking Dead has been seeking a buyer and if Amazon does in fact end up making a play for this AMC, it does give them IFC Film and The IFC Film Center, a theater located in Manhattan. If they could find a theatrical acquisition in Los Angeles this could alleviate a lot of awards eligibility confusion.

Like the Chinese said, we are living interesting times.

As I get older, I distrust anything that is really big. I trust in the small and the elements of this business that are based on community. When Hurricane Katrina hit New Orleans, within 24 hours there was a semi-trailer organized by local people being filled up with donations in the parking lot of the Walmart. FEMA, Federal Emergency Management Agency stumbled over themselves for weeks before an effective plan could be put into place. They failed.

I read a lot and like to go and see what’s happening first hand. Two weekends ago, my locally community-based movie theater held a popcorn drive to support its operating costs. The Popcorn was sold out and there were lines around three city blocks with cars waiting to support the theater. Last week Canary Creek Cinemas, founded by Mike Rembusch, grandson of one of the true pioneers of this business Frank Rembusch held a similar event. Similar result. I for one overdosed on popcorn, having supported both causes. This week Mike opens up his drive-in.

This has been mirrored across the planet. People are setting up to support their theaters, not just as a local business but as an instrument of both community, communal experience, and storytelling. People still deeply believe in the tradition and benefit of the movies, they just no longer believe in Hollywood.

Drive-ins that were in disrepair are being re-opened. Malls across the globe are screening movies, there is a re-emergence of the drive-in as a medium for movies as well as an appreciation of their place within the movie going ecosystem. There is a global statement being made that moviegoing is imperative for people. They respect the tradition, they want to perpetuate that tradition.

Drive-in movie theaters have been surging in the midst of the pandemic. The Associated Press reported that IFC Films have grossed over $200,000 from drive-in theaters over the last two weeks thanks to titles such as “The Wretched” and “True History of the Kelly Gang.”

The Bel Aire Diner in Queens, New York launched a drive-in this Wednesday and decided since they could not serve customers in their diner they would serve outside. So, what did they do…well set up a drive-in. Customers can now watch Dirty Dancing and order takeout from the diner, which is delivered to their cars by diner workers wearing CDC recommended gloves and face masks.

As an aside,Amazon’s new original film “The Vast Of Night” won’t debut on Amazon’s Prime Video until May 29, but audiences can screen it early on May 15-16 at select drive-in theaters across the United States. The admission price is $.50.

Screens are being filled with images from the day when studios respected the culture and business of movie going. Drive-ins are selling out to screenings of Back to The Future. These movies are all on streaming and DVD, but people are thirsty for a movie going experience…desperate almost. The problem is I really do not think Hollywood is still capable of quenching this thirst, in fact I know it’s not.

One of things the studios, who as you might have guessed, I have little respect for the studios, I firmly believe you must do is to serve one master at a time. They must refocus staging each one of these releases and release platforms one at a time. They also have to learn to be much more frugal with their advertising dollars. Because they are not spending their own money, they often act like sailors after being six months at sea. The wanton expenditures and ill fated campaigns often feel designed for failure.

Movies are indeed part of our society, this is obvious by this ground swell of support for movie going. I think purposefully the studios are damaging the movie eco-system in order to promote their streaming offerings. We as an industry must recognize this and insist on a respect and begin to start a process to reverse engineer the system until it can be respectful of the appropriate windows.

Moving going is strong, the studios are not and should be replaced as a provider of content.