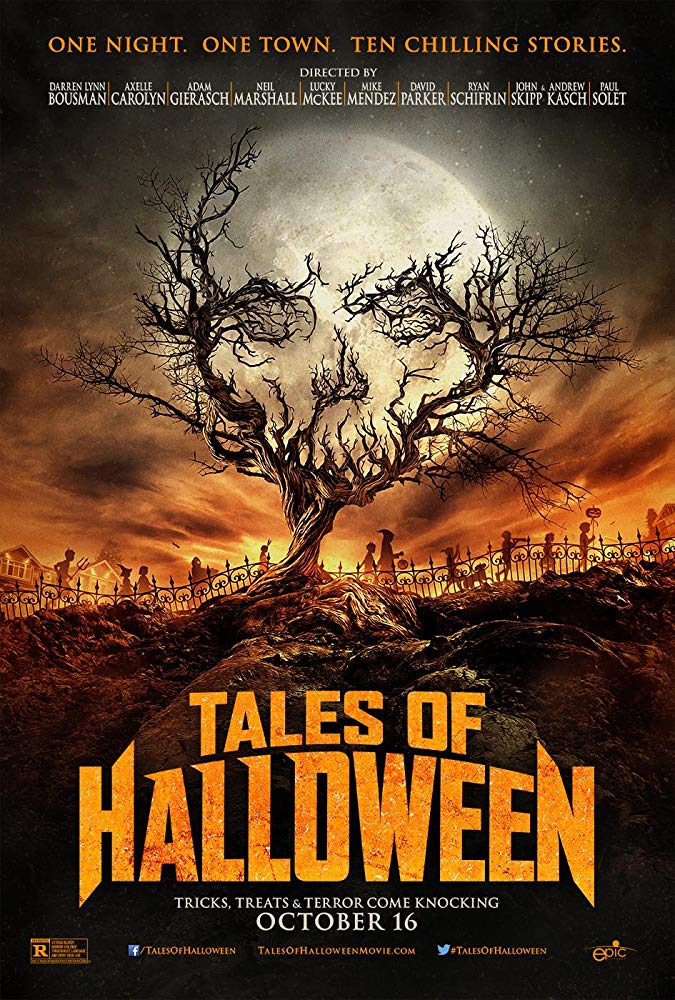 The first half seems more coherent, with a scarier vibe and what looks like an editorial rule of having screen shots of Romero’s classic in each one. There’s a definite theme of Grimm’s fairy tales running through it, as kids get sucked into the weird world of Halloween. My favourite was Ding Dong, about a child-craving woman, mostly because it has Pollyanna Macintosh. But the Lin Shaye story, although stylish, seemed a bit unpolished. The first story has a pretty good take on the Exorcist III jump scare, this time running from right to left.

The second half goes more campy head-banger with loads of blood. Eventually the tongue is pushed so hard into the cheek that a little bit comes out the other side.

There’s no wraparound, just a silky female DJ voice with a few nods to The Fog.