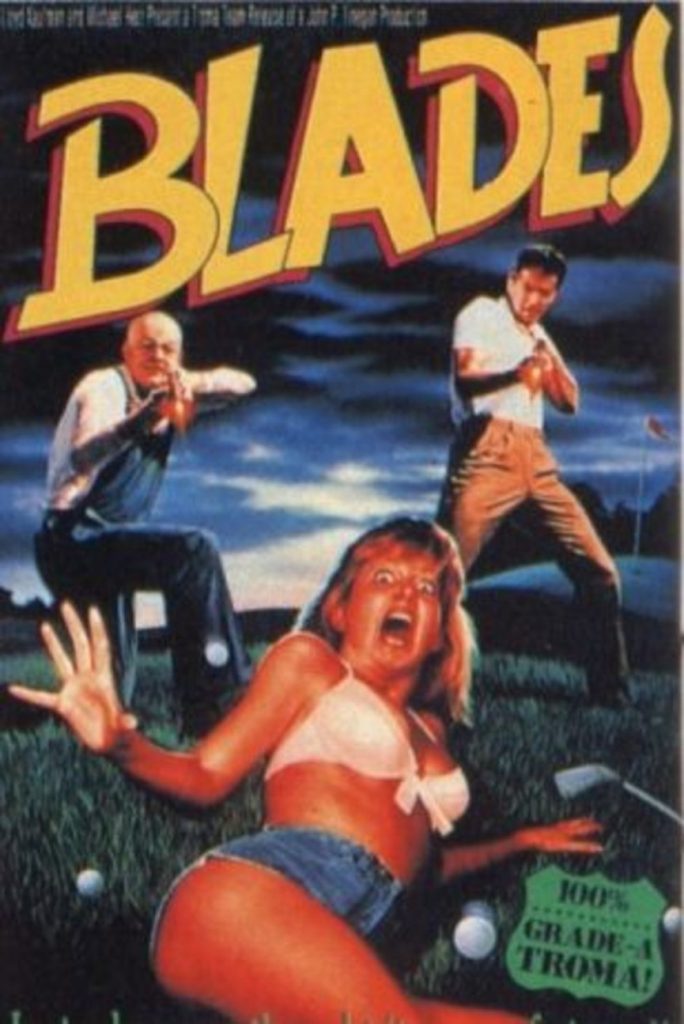 I can understand if people think this is a stupid film, or if it’s forgettable, idiotic, whatever; but you have to admit that is has one pretty crazy plot. People are being gruesomely decapitated on a golf course by a evil killer lawn mower. Come again? Personally, I didn’t find it bad – it’s a comedy/horror and it doesn’t necessary fail at that.

The movie isn’t entirely hilarious, it isn’t mind numbingly unfunny either, turn off your brain and you can have some cheesy, low budget 80’s fun as it packs a few witty jokes, it’s a great parody of Jaws and has fun deaths – saying that, a massive problem I had with the film was its constant resort to silliness which is what a lot of comedy/horror’s do, still – you get over it because the movie is pretty fun.

For such a miniscule budget the movie is quite impressive and I kind of enjoyed it – it’s crazy, stupid, and one of those movies you come across on the last existing VHS section in your video rental shop and discover some really obscure stuff. Other than everything I have written in this tiny review, there isn’t that much else to it but that doesn’t mean it’s bad. The entire point of this film is to turn off your brain and enjoy a slasher where the villain is a killer lawn mower on a golf course; nothing more, nothing less. Have some self admitting, cheesy 80’s fun.