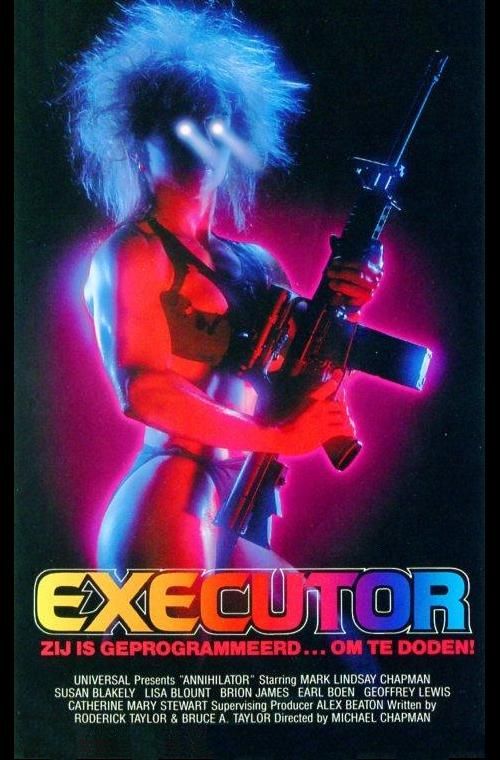 The people who have been trashing this film are missing the point. Of course the film’s premise is implausible, many of the scenes are improbable to the point of being ridiculous, and some of James Glickenhuas’ political views may be offensive to some, but as far as I’m concerned, The Soldier is more entertaining than all the 007 movies combined. This is a very offbeat, unusual film that requires a complete suspension of disbelief in order to watch from start to finish, but it’s definitely worth watching.

Ken Wahl was an interesting choice for The Soldier. I’m surprised that Robert Ginty wasn’t offered the role considering that Glickenhaus and Ginty enjoyed great success with The Exterminator less than two years prior. Still, Wahl turns in a good job, although the brief appearance of Klaus Kinski as Dracha is one of the highlights of the film.

James Glickenhaus had a good run in the 1980s (The Exterminator, The Soldier, The Protector, Shakedown) and offered an interesting alternative to all the lousy mainstream movies of that decade. This is one cynical, jaded New Yorker who wishes Glickenhaus would return to film-making and give us another interesting film like The Soldier.