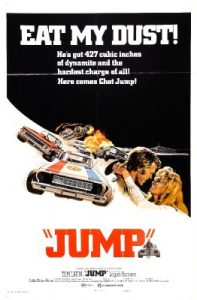 A word of warning to people who are considering watching this movie. Despite the reissue title (“Fury on Wheels”) and the video box art showing off speeding and crashing cars, there’s actually very little vehicular work on display in the actual movie. Instead, the movie for the most part is a pretty serious drama. Actually, all of this drama manages to generate some good scenes, like the hero and his father singing along to the radio, the hero trying to reason with his Bible- thumping sister, and the great scene where the hero’s boss chews him and his fellow workers out. Although there are good moments like those sprinkled throughout, the movie as a whole doesn’t seem to go anywhere. In fact, it ends at a point where things feel somewhat unfinished, which is kind of frustrating. This is not a bad movie, but it does feel incomplete. By the way, while the video box states that Judd Hirsch is in the movie, I didn’t see him appear at any point.