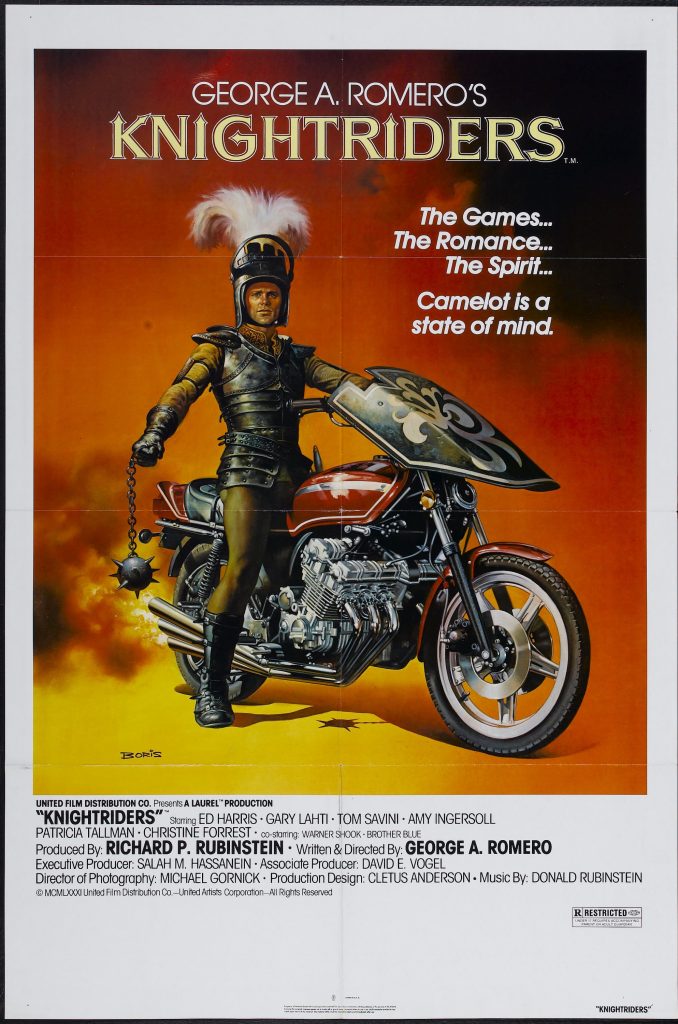 This, quite possibly, may be my favorite of Romero’s films. I adore Night of the Living Dead and Dawn of the Dead, but this one is quite special and is a complete surprise, even to Romero’s hardcore fans. I remember renting it a while back because it was by Romero (and it is pretty long, 145 minutes, and I love long films). Many reviews simply stated that it was “a change of pace” for Romero, and yes, this is true, but they missed the depth and substance that this film has. It is Romero’s most moving film, completely heartfelt and sincere, one that, should I say this, stirs the soul. Romero elicits incredibly naturalistic performances from his cast. It’s made up of Romero regulars, including Ken Foree from Dawn of the Dead, and Tom Savini, makeup artist extraordinare and a surprisingly good actor here. It also stars a then unknown Ed Harris, who Romero discovered. Ed shows his intensity and power early on. You really feel like you’re watching real people and their traveling show. Nothing feels phony, smug, or “ironic” here. The final 20 minutes is the most stirring thing that Romero has ever done (with the best scene in a school where Ed Harris gives his sword and helmet to a young school boy he met earlier in the film. The kid’s performance is wonderful in a film filled with them). So, this film is much more than just a change of pace for George A. Romero. It’s a deeply moving, sad film, one that should be appreciated not only for its change of pace (which Romero succeeds wildly), but for its deep, humanistic message. A wonderful piece of film-making….