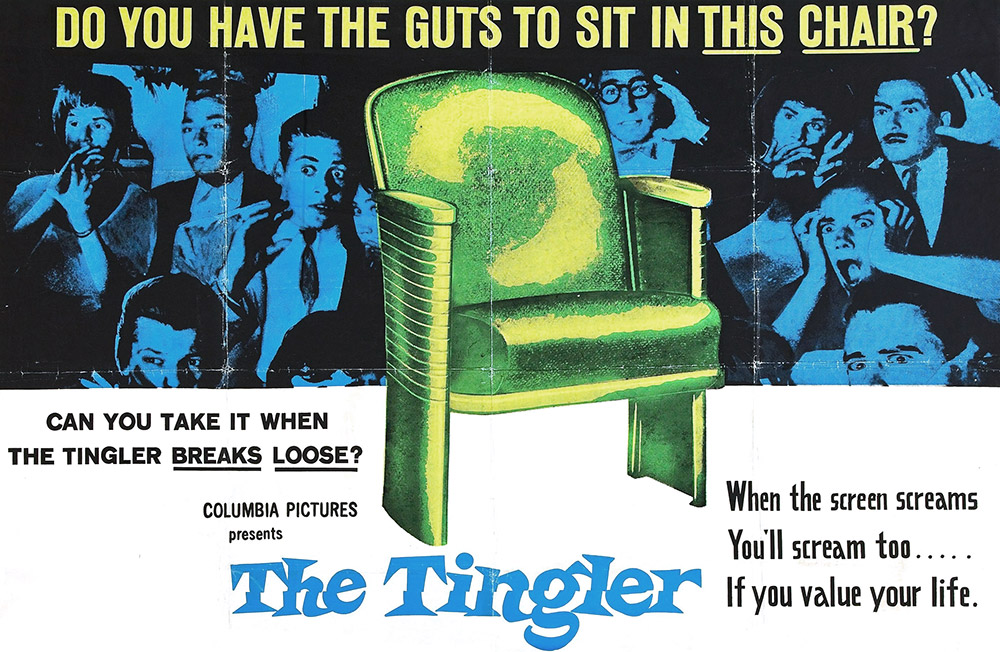 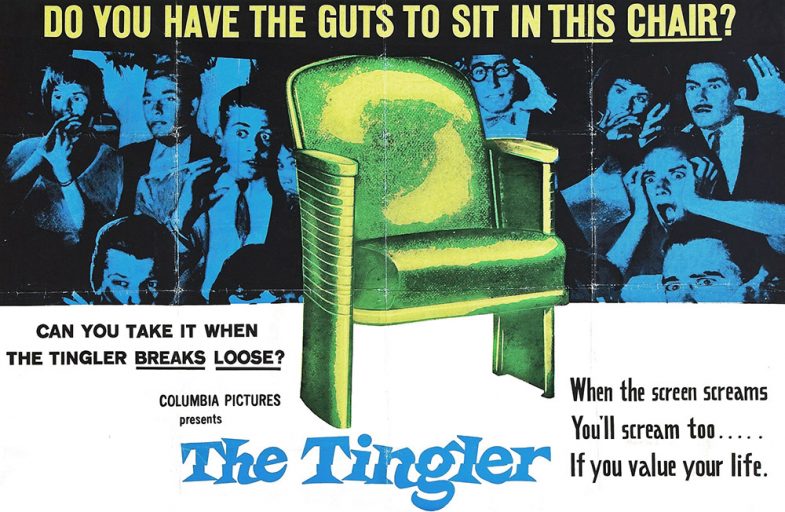 “The Tingler” is the name that Vincent Price’s likable scientist character gives to the creature that apparently is responsible for the sense of spine-tingling fear we all experience at some point in our lives. If we scream, The Tingler is rendered harmless. If we do not, The Tingler will get us!

This is classic William Castle gimmick stuff. When this black and white masterpiece of schlock was originally shown in theaters, devices would be rigged up underneath theater seats which would “tingle” during a certain scene. The film would then seemingly stop, and the audience would be encouraged to scream! Scream for their LIVES! Of course, the audience was happy to oblige and the Tingler would be defeated. Man, how I regret having missed those days of cheesy ballyhoo.

This film has some really nifty stuff in it. Highlights include Vincent Price’s “acid” trip (reportedly the first acid trip ever seen on the silver screen), and a cool hallucinatory color sequence with a deaf mute woman menaced by a bathtub full of blood, among other things. The plot is clever and actually pretty well thought out for a B flick, and Vincent is superb, as he always is. This is an absolutely hysterical film that should not be missed. I can’t say enough good things about it – it simply has to be seen to be appreciated. It’s campy, seedy, bloody good fun! 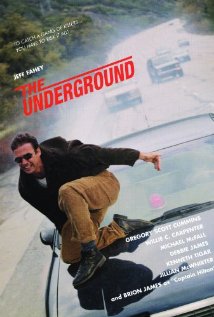 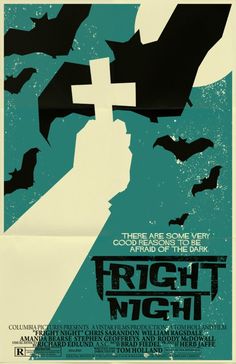 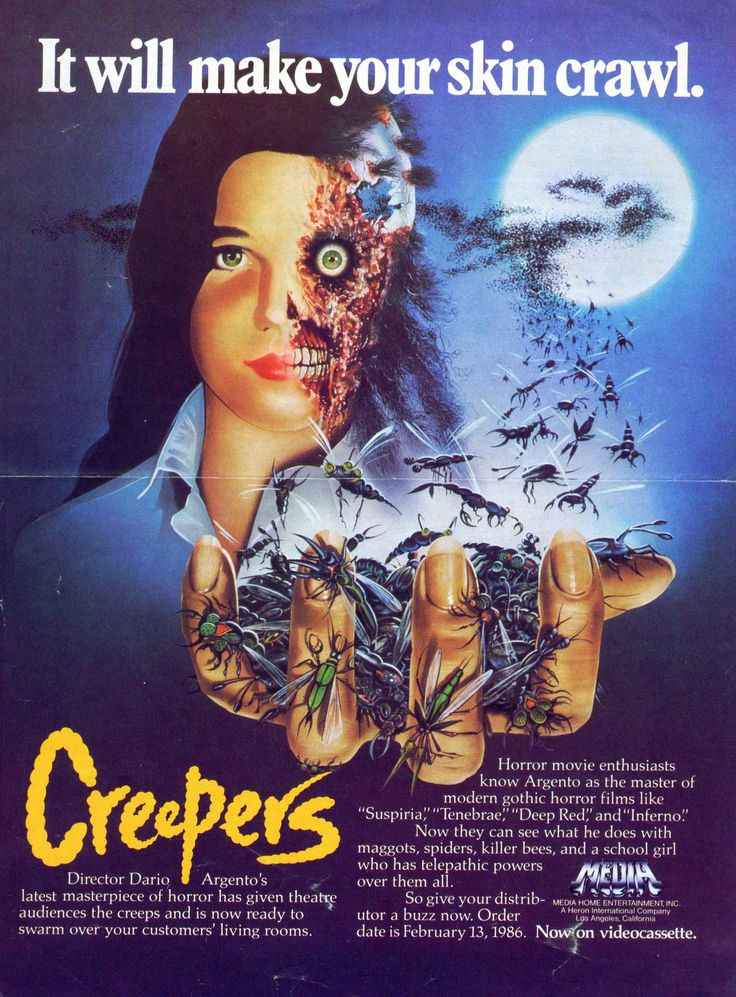 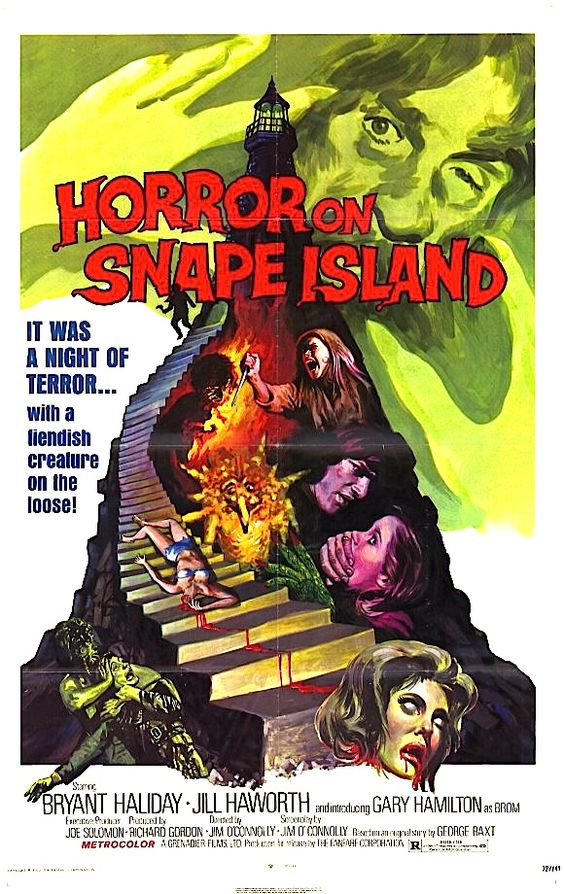