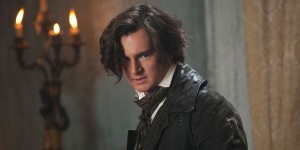 Critics are great. Without them, there would be no general consensus on the merit of a film. Who knows how many people would have seen Bucky Larson: Born To Be A Star if it weren’t for the onslaught of negative reviews (probably none, but you get my point)?

However, every now and then I have to disagree with the powers-that-be at the major publications and even some What Culture critics! It is rare, but once in a blue moon a movie comes along that’s just taking a beating that I feel it doesn’t deserve. Abraham Lincoln: Vampire Hunter is that kind of movie.

First of all, Lincoln is pretty well structured. That may seem like a simple thing to ask from a movie, but more often than not big blockbusters skip this simple step in favor for more explosions and boobs. I mean can anyone seriously say they followed what the hell was going on in Transformers: Revenge of the Fallen? Lincoln had a clear story from beginning to end, a protagonist with a goal, and a real threat in the form of a nation overrun with vampires. And I think there’s something to be said for that.

The movie also provided a ton of campy entertainment. Without spoiling anything, here are some memorable moments:

Lincoln chops down a tree in one power blow of his axe.
A vampire grabs a horse by the hooves and hurls it at Lincoln.
A horse and carriage crashes through a Southern plantation house, drifting on a pool of blood.

Did I mention Lincoln catches the horse and proceeds to ride it?
Moments like these are classic B-movie fodder, and in all reality that’s what Lincoln is: a modern day B-movie. Some will argue that the good-time schlock of the SyFy Channel Original Movies are the modern equivalent to B-Movies. While many of them do have that feel of a 1950’s horror flick, you have to remember that B-movies didn’t set out to be shitty. In fact, several actors honed their craft in the realm of B-movies. I doubt has-been actors like Lorenzo Lamas are giving it their all in the SyFy flicks, whereas the earlier B-movie actors were really trying to make it as serious actors. And some did.

Anyone heard of this guy?
This brings me to the crux of my argument. Many critics are complaining that Abraham Lincoln: Vampire Hunter takes itself far too seriously, to which I contend: that’s what makes it not serious. Remember early 2000’s SNL? Jimmy Fallon and Horatio Sanz were notorious for cracking up in pretty much any scene they did together. While their breaking of the fourth wall brought some good laughs at first, it got real tired real quick. It’s much funnier when the people doing ridiculous things don’t recognize them as ridiculous. Think about what made The Office so great the first few seasons. Michael Scott did some CRAZY shit, but he never once did it with a wink and a nudge. He seriously thought forcing the office to run a Celebrity Rabies Awareness Pro-Am Fun Run Race For The Cure was a good idea.

Back to Lincoln, I’m not too sure what the critics were expecting. Did they want Walker (who actually does a terrific job in the lead role) to spout out one-liners every time he chopped up a vampire? “Four score and seven heads ago?” I think maybe they were expecting a comedy-action the likes of Pineapple Express and maybe that’s why they were let down. It’s important to note that Lincoln is not a comedy, but not a serious film either. I honestly think that because of ridiculous scenes like the ones mentioned above, the audience wanted to laugh and maybe some people took that as “laughing at the movie” instead of “laughing with the movie.”

If you aren’t supposed to laugh at this then my whole world is a lie…
If anything, the movie fails by not letting us know how campy it’s going to be until about ten minutes in when Lincoln chops down the tree. The early scenes of Lincoln’s childhood do seem to be overly dramatic, which is probably what set the expectations for most critics. Until producer Tim Burton or director Timur Bekmambetov speaks out we won’t know for sure if the campy scenes were meant to be laughable.

However I think it’s safe to assume that when the screenwriter was also the writer of the original novel and a similar parody Pride and Prejudice and Zombies, scenes that can be interpreted as hilarious are hilarious. In fact, one scene that had my whole theater cracking up was when it flash forwards from 20-something Lincoln to Presidential Lincoln and he does a slow walk towards the camera. Considering the horse-throwing scene was a few minutes earlier, it’s then and there that you know the stone cold seriousness on Walker’s face is the wink-and-the-nudge that the critics seemed to be waiting for but didn’t catch.