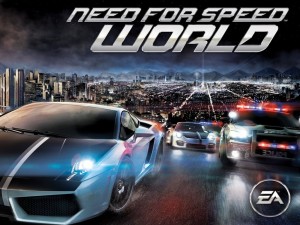 Gamers rejoice – Need for Speed is coming to a cinema near you. The game lauded for its life-like graphics is coming to life after all.

The Need for Speed series – which is now up to its 16th edition – is hugely popular among gamers. Users can choose from different cars to race through realistic, street-like settings, but the series has attracted controversy because in some instalments it encourages gamers to ram other cars and police vehicles.

The popular EA video game franchise will be turned into a film series by blockbuster movie specialists DreamWorks – but the company says it won’t focus on any one particular storyline of the 16 games launched under the franchise, instead suggesting the film will use the racing games as inspiration.

DreamWorks has been responsible for box office hits such as Shrek and Transformers, and company chairman Steven Spielberg describes the new venture as a “big piece of business”.

“I’m excited about getting back into the creative trenches with John and George Gatins and my partners at EA to bring to life an exhilarating script based on an epic video game that seems to have been made for the movies,” Spielberg said in a statement.

DreamWorks describes the film adaptation as being “a fast-paced, high-octane film rooted in the tradition of the great car culture films of the ’70s while being extremely faithful to the spirit of the video game franchise”.

The storyline has been developed by brothers George and John Gatins. George is responsible for the screenplay, and John will produce the film alongside Mark Sourian and the game development team from EA. The film will be directed by Scott Waugh, who has worked on films such as Spider-Man (2002), Bruce Almighty (2003) and Mr and Mrs Smith (2005).

The Need for Speed movie is due to start production early in 2013, with an estimated release date set for 2014.

The video game franchise is one of EA’s most successful with 140 million games sold worldwide and an estimated revenue of US$4bn (NZ$5b) raised from the game series.