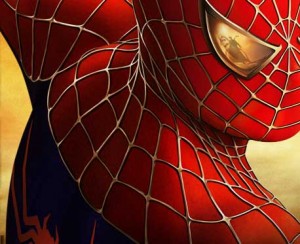 The Amazing Spider-Man proved once again that he has secret Spidey powers. The film reboot with Andrew Garfield and Emma Stone is leading at the box office by a wide margin. The closest competition came from a foul-mouthed, stuff bear who made just over half the amount made by the comic book hero.

Spider-Man opened on July 3rd, just one day ahead of the country’s birthday. While his début wasn’t the strongest one set around Independence Day, it was still pretty good. After adding the box office take from the rest of the week and its first weekend, Spidey lands solid at nearly $120 million. He a couple of other superheroes who opened around the same date, including the mighty Caped Crusader ($79.5 million) and the Hulk ($70.7 million).

Superman Returns opened bigger around the same time period with $145 million. Sadly, the box office dropped severely after fans discovered they weren’t pleased with the film. The same drop-off isn’t expected with Spider-Man given its positive fan reviews thus far. Right now, he’s scoring a solid A minus or strong B plus. If that keeps up, a sequel or two seems inevitable in the future.

As for The Amazing Spider-Man’s competition, it lagged behind. Ted, the talking teddy bear, continued to please audiences, garnering a respectable $32.6 million. The Celtic princess also continues to come on strong in Brave with $20.2 million. John Travolta’s new movie proved his popularity isn’t dead despite his recent legal woes. Savages scored $16.2 and the number four spot. Rounding out the top five was the male stripper film, Magic Mike, at $15.6 million.

Of the films in the top 10, Spidey deserves his top spot. The rebooted film is action packed fun with solid characters, a good story and plenty of fun.