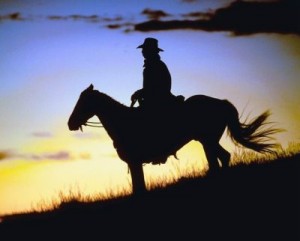 The 35th edition of the Western Film Fair, now underway in Winston-Salem, has a new home. The four-day celebration of all things Western is now being held at the Hawthorne Inn & Conference Center, 420 High St.
XX“It’s not only a lot more convenient, right off Business I-40 at Exit 5C, but it also fits our needs better in a lot of ways,” said Jerry Campbell, a Jamestown native and one of the organizers of the event. “It has a bigger dealer room, more space to move around in, a really nice banquet facility, and is newly remodeled. Folks are going to like the location a lot.”

XXThey are also going to like the roster of stars on hand this year. Back by popular demand are Connie Stevens, whose resume includes 66 (and counting) movie and TV credits and 17 soundtracks, including the early-’60s hit “Kookie, Lend Me Your Comb,” and Ed Nelson, whose filmography lists 176 titles from “Peyton Place” to “Police Academy.” They will be joined by no fewer than seven recognizable names to anyone familiar with the genre.
XXNancy Stafford’s appearance has taken on added significance as a result of the death of North Carolina native Andy Griffith. Stafford played alongside him on the long-running TV series “Matlock,” which starred Griffith as a homespun, folksy lawyer and Stafford as his law partner, Michelle Thomas.
XXLainie Kazan will be making her first appearance at the film fair. One of her more memorable roles was as Bette Midler’s co-star in the movie “Beaches,” and she also starred in “My Big Fat Greek Wedding” and appeared numerous times in “Desperate Housewives,” among many other credits.
XXJulie Adams was a genuine superstar during the heyday of B-movie Westerns, co-starring alongside all the cowboy stars of the era, plus Jimmy Stewart, as well as starring in the TV series “Cheyenne.” But, oddly, many remember her most as the star of “Creature from the Black Lagoon.”
XXTom Reese appeared in so many episodes of “Gunsmoke” that he was almost considered a cast member. “He wasn’t a leading man but always played the sidekick or the heavy in his movies,” said Campbell.
XXRoy Thinnes played in dozens of movies and TV Westerns, but his claim to fame is his starring role in the popular ’70s television series “The Invaders.”
XXRoger Mobley was discovered on “Ted Mack’s Original Amateur Hour” and appeared in such notable TV Western series as “Wagon Train,” “Fury,” “Cheyenne,” “The Virginian” and “Death Valley Days.”
XXJimmy Lydon was an original Mouseketeer and well-known child actor who went on to play Henry Aldrich in the movie series based on the radio character of the same name.

XXEntertainment will be provided by master yodeler, singer and rope-trick artist Cowboy Randy Erwin and, as always, Johnny Meeks. Singer-guitarist Meeks has recently added another feather to his cap, having been inducted into the Rock and Roll Hall of Fame as a member of Gene Vincent’s band, the Blue Cats.

XXMovies will run each day on an hour and a half rotation in three screening rooms. Each of the stars will appear for a panel discussion, generally paired with another star, after the showing of a movie in which they appeared. They will also be available for daily autograph sessions.

XXThis marks the fifth year the festival has been held in Winston-Salem. It began in St. Louis and after two years there moved to Charlotte for most of its span. It was held in Raleigh two years and seems to have found a permanent home in Winston-Salem.
XXThree-day passes to the event are $60 (couples $75) daily passes are $20 and after 5 p.m. only $5 per person.
XXFor more information contact Tommy Hildreth at 828-524-5251.