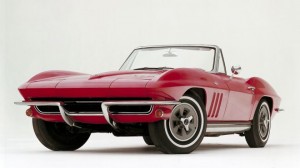 A-list movie cars come in three categories: First are the glamorous cars like James Bond’s silver 1964 Aston Martin DB5; next are over-the-top custom creations like the Batmobile; and finally, the decidedly unglamorous cars that nevertheless grabbed a ton of screen time in their respective films. Think the Bluesmobile in “The Blues Brothers” or the Wagon Queen Family Truckster in “National Lampoon’s Vacation.” These aren’t those cars. No, they’re the B-listers, cars that had brief but highly memorable bit parts in films that we all love. See how many you can remember:
1960 Buick Le Sabre (“Fast Times at Ridgemont High”): Actor Judge Reinhold in one of his first major roles played big man on campus Brad Hamilton in the movie that launched a thousand careers, Amy Heckerling and Cameron Crowe’s seminal 1982 teen comedy “Fast Times at Ridgemont High.” His 1960 Buick LeSabre was his calling card. The classic land yacht was referred to affectionately by Hamilton and his friends as “the cruising vessel.”
1963 Cadillac Series 62 Convertible (“Scarface”): In Brian De Palma’s “Scarface,” Al Pacino turned in a chillingly memorable performance as gangster psychopath Antonio “Tony” Montana, and while not his “little friend,” the 19-foot-long 1960 Cadillac got a fair amount of screen time as the hoopty that Tony and Manolo cruised Miami in while serving as underlings of boss Frank Lopez (Robert Loggia) prior to moving up to a new Porsche 928 upon Frank’s sudden “retirement.”
1989 Lotus Esprit SE (“Pretty Woman”): A classic supercar of the “greed is good” era, the Lotus was owned by Richard Gere’s smarmy business associate (played by Jason Alexander) and borrowed by Gere and Julia Roberts. While Gere’s character may have known his way around a board room, he was pretty ham-fisted with a gearbox in the film, and it took hooker-with-a-heart-of-gold Julia Roberts to drive the temperamental Lotus properly. The actual car still exists and has been a staple at collector car auctions over the years.
1965 Chevrolet Corvette (“Star Trek”): Who knows if cars will still be on the road in the 23rd century. We like J.J. Abrams’ assertion that they’ll still be around and still be the objects of collectors’ attention. Sadly, we find out that young not-yet-captain James T. Kirk was bit of a juvenile delinquent, and the 1965 Corvette Sting Ray convertible belonging to his stepfather comes to a bad end at the conclusion of a joyride by Kirk.
1973 Ford Torino (“The Big Lebowski”): We like to think that the Coen Brothers put just as much thought into casting the 1973 Torino driven by Jeffrey “The Dude” Lebowski as they did in brilliantly casting the other bit roles in this cult classic — Phillip Seymour Hoffman as Big Lebowski lackey “Brandt” or John Turturro as “Jesus the Bowler”— but somehow, we can picture the car being found by happenstance in a North Hollywood police impound lot just as it was reclaimed by The Dude in the film. Like the “Star Trek” Stingray, the nearly unkillable Torino meets its end on film. We won’t spoil it here.