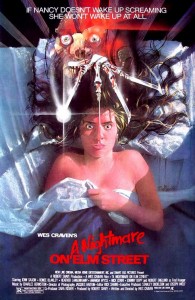 Wes Craven began his directing career in 1972 with the seminal The Last House on the Left, a gut-wrenching, cinéma vérité-style horror film that got up close and personal with unsuspecting audiences, setting a new standard for terror on the screen. Though it made a name for the young director, it wasn’t until 1977’s similarly harrowing The Hills Have Eyes that he would have another opportunity to direct.

With these two groundbreaking films under his belt, a sturdy argument could be made for Craven’s status as one of the leaders of the subversive group of New Horror filmmakers, whose ranks included such future luminaries as John Carpenter and Tobe Hooper. Unfortunately, Craven subsequently released a string of ho-hum horror flops, culminating with 1984’s The Hills Have Eyes II, widely reviled as one of the worst sequels in history.

This unabashed return to form put New Line Cinema on the map (the studio is often referred to as “The House That Freddy Built”) and rejuvenated Craven’s flagging career. Like the great Surrealist filmmakers before him (Bunuel, Makavejev), Craven found his way into his characters through their dreams by creating a memorable villain (Freddy Krueger) that could mess with people when they were at their most vulnerable. One such unforgettable moment occurs during one of the first dream sequences, when Freddy’s arms extend to three times their normal length as he approaches an unsuspecting teen. This image could easily have appeared in Bunuel’s Un Chien Andalou, and it helped distinguish this film as something more than the cheap Halloween knock-offs that were popping up on screens across the country.

Not surprisingly, the original Nightmare was a massive success, paving the way for numerous, lesser sequels. This film also launched the career of none other than Johnny Depp, giving him his first starring role (and a place in the horror film pantheon). Nightmare went on to make over $26,000,000 at the box office on a budget of less than $2,000,000, a phenomenal return. But, more importantly, Craven got his groove back with this film and there was no looking back.