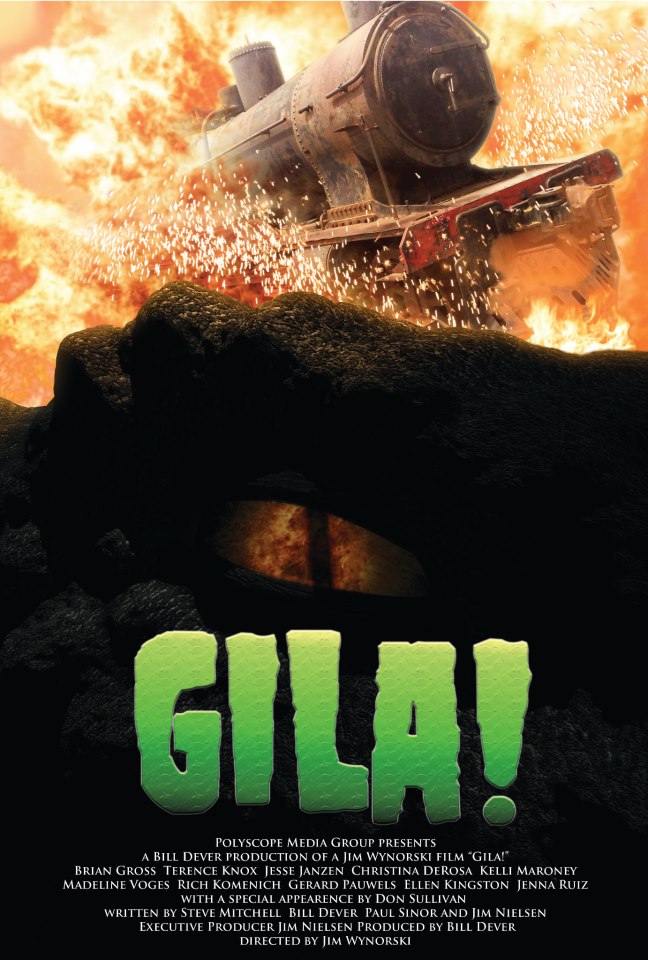 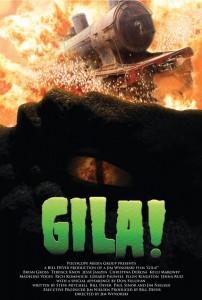 The premiere of ‘Gila!’ at the B Movie Celebration packed the theatre with fans, filmmakers, actors, actresses, and crew members.  The entire cast and crew shared their filming experiences with friends and family before and after the film.  After the premiere what were fans saying about ‘Gila!’? They enjoyed the acting, story, vintage cars, special effects, and of course the excellent directing job by Jim Wynorski.

The talented Gerard Pauwels played Mayor Wheeler and has worked multiple times with Jim Wynorski and ‘Gila!’ Producer and Writer Bill Dever.  Gerard shared his experience with B Movie Nation. 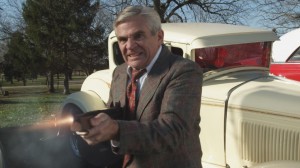 Gerard: “Working with Jim and Bill is always a blast. On set, Jim knows what he wants and works like a whirlwind. Bill provides a calm counter balance that keeps the pieces from flying apart. Off set, they are just a lot of fun to be around”.
“Working on Gila! was especially fun, because it was the remake of a classic. Recreating the feel of ’50s, trying to be faithful to the original while updating some of the character interaction and dialogue was really cool. And having the star of the original film, Don Sullivan, give a cameo appearance was a special treat. Of course, there is no comparison between the original monster and the terrifying beast created by Bill and the special effects guys.”
“But in the end, like all pictures, Gila! is primarily a child of the director. And nobody knows how to shape and pace a monster film better than Wynorski. It was a fun ride.” 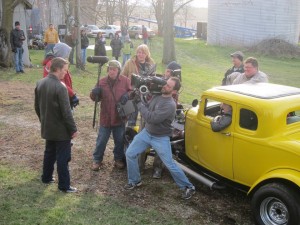 From California to the Midwest in December to film ‘Gila!’, how does it compare to Jim’s past films and how much does he enjoy filming in the Midwest?

You’ve mentioned that your favorite film that you’ve done is the one you most recently finished.  ‘Gila’ must be your favorite right now, however ‘Gila’ replaced the bare eye candy and gore with vintage cars, music, and clothing.  How special is ‘Gila’ in that retrospect?

JIM: Producer Bill Dever and I were both desirous of the same goal:  taking the original premise of THE GIANT GILA MONSTER and expanding it way past what really should be done with such a limited budget.  Making a period piece with all the cars, clothes and vintage rock ‘n roll was a Herculean task, but I think our passion for the project took over and made the film a reality.   Looking back, we could have made it contemporary and saved a bunch of cash – but that didn’t happen because both Bill and I love movies and wanted to make it ‘right.’   I think the very positive audience response so far has more than proved we hit the bull’s eye.

I personally enjoyed the effects in ‘Gila’ and this was the special effects team first movie.  Did you have any worries of a ‘The Thing Below’ repeat?

JIM: THE THING BELOW was one of the biggest disappointments in my directing career.  The film was prematurely taken away from me by the idiot producers, who not only re-edited the picture but shot additional sleep-inducing footage with two military jerk-offs in a cellar somewhere.  The production heads then handed the CGI chores over to a handful of kids who completely botched the film with incompetent childish renderings.

So, yes, there was some worry on my part.  Having never worked with the efx team, there was some initial push/pull; but after the first set of shots came through I knew the picture was in good hands.   They did over 300 shots for GILA! and 98% of them were excellent.

How was filming with a local crew in Franklin Indiana in mid-December?

JIM: Cold, but thankfully Mother Nature saw fit not to snow on us.  The local crew really hit it out the park for the most part.   Yes, of course, there were a few who needed to be taught the correct Hollywood way of doing things; but once they got the hang of it, all worked out very well.   I’m very grateful to the people of Franklin, Indiana for their cooperation and assistance.

Do you have any more films in the works in that area?

You and Bill Dever worked together on ‘Monster Cruise’, any chance we’ll see that released on DVD?

JIM: You never know.   I’m not in charge of such things, but I hope it will soon get released as I’m quite fond of that picture.

Check out the ‘Gila!’ trailer and also join B Movie Nation in getting ‘Gila!’ on the SYFY channel so B movie fans can enjoy the movie like the fans did at the sold out premiere. 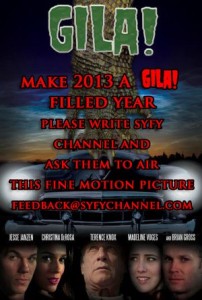 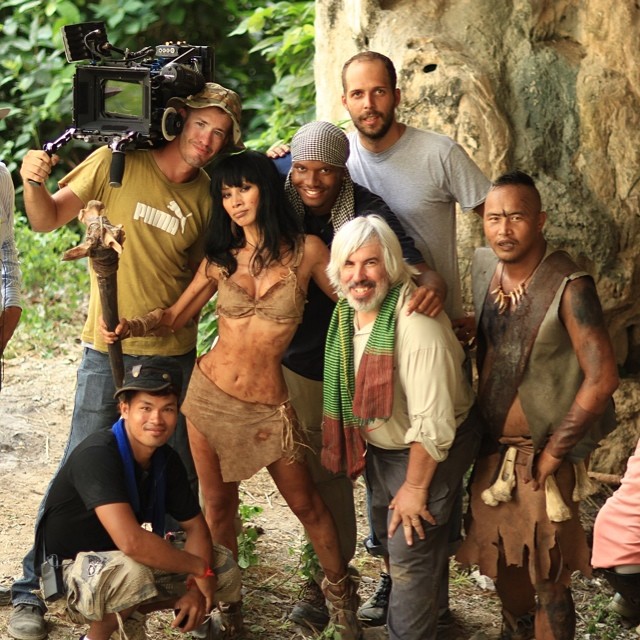 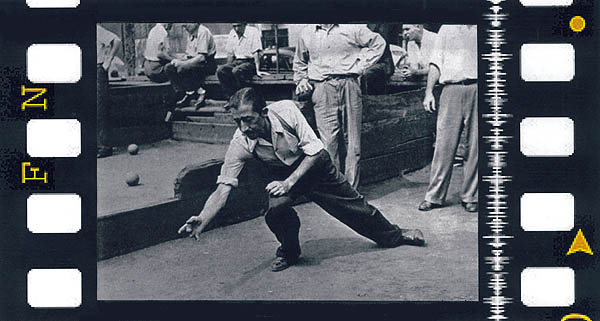 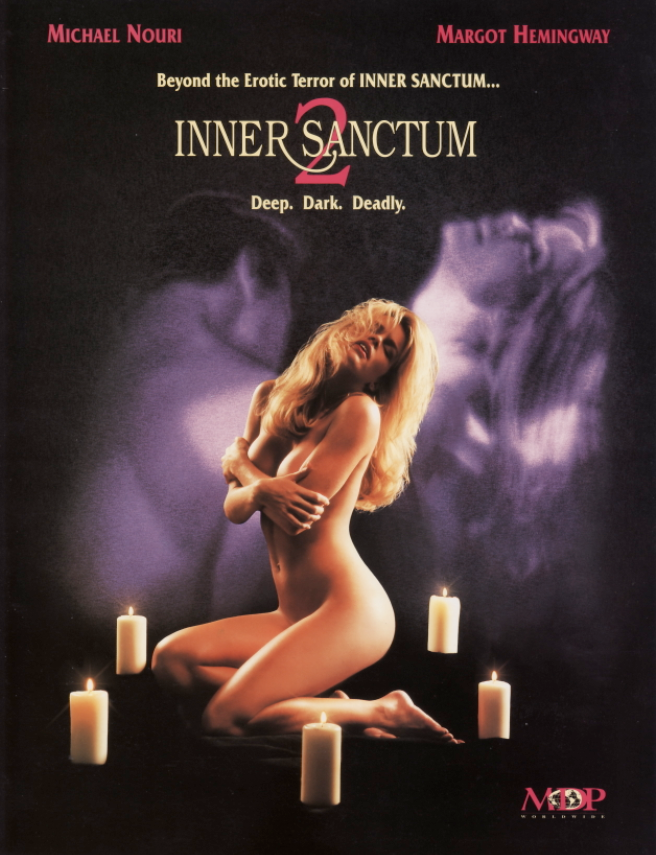 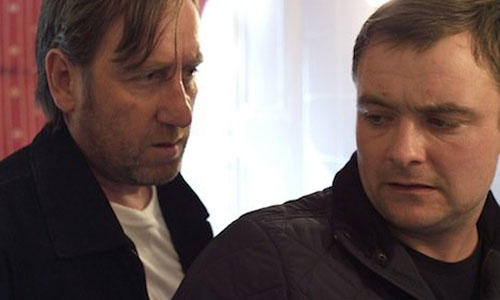