There are excellent existing channels on cable or satellite to get our B movie fix.  However, we deserve more.  Typically we have to set our DVR for late night or wait a week for a shark, zombie, creature, or horror and it can feel like eternity sometimes.  Just a dream but maybe a few producers can get together to create the B Movie channel?

Why not?  I asked Lloyd Kaufman how he got his Troma Channel on Comcast.  There are three important factors I was told.  35 years of studio experience, Yale degree, and groveling.  I’ll take care of the groveling.  Combined studio experience is probably over a century more than needed and finally equal or greater than a Yale degree…done!

Next is to put the plan in action:

Once the channel is live why not add some series to air?

‘Writers on the Storm’ Several writers at a coffee shop with their laptops type and brainstorm new movie ideas and scenes.

‘Director’s Cut’ Several directors at a martini bar have laughs ripping on the writers and their work.

‘The Producers Corner’ Several producers hang out at a smoke shop with cigars while determining which script they will produce and which director to hire.

‘Casting Call’ A show that will share information on new films auditioning for cast members.

The fans of course would have a big part of what movies are aired and when.  Here’s just an example of a day’s schedule. 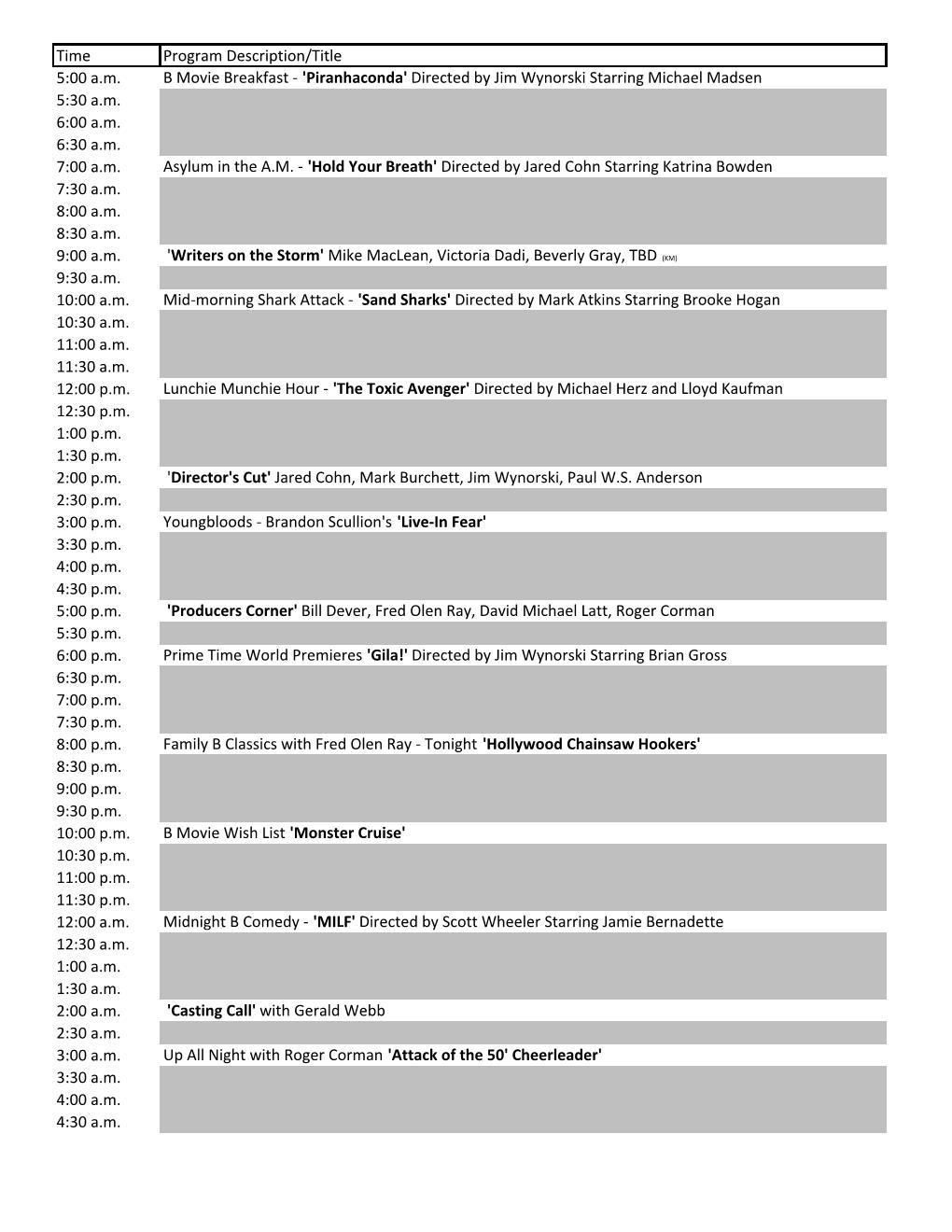