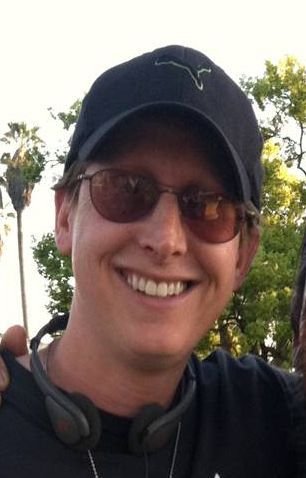 With several parodies under his belt Craig’s latest parody has just been released “30 Nights of Paranormal Activity with the Devil Inside the Girl with the Dragon Tattoo”.   We enjoy horror and action so let’s enjoy making fun of those genres.  There’s good and bad parodies and Craig’s I have enjoyed.  The best way to prepare for them is to expect humor consisting of cheese, toilet humor, exaggeration, tons of farts, and outrageous moments.  You must keep an open mind just like we do with creature films and you will thoroughly enjoy his parodies.

Comedy is the toughest to write.  When you write a parody do funny scenes come to you quickly or is it quite stressful trying to make a parody of an existing movie scene?

CRAIG: Going into the screenplay I get a bit stressed out because there’s so much pressure to try to make it funny.  But then as I start writing it I begin to realize that it’s really not that stressful at all and in fact it’s quite fun especially if your source material comes from a very dramatic place the jokes tend to come easier and turn out to be funnier.

How difficult is casting since you need to find actors that look and act like the originals?

CRAIG: It does make it a little more difficult because you not only need to find talent that looks exactly like the source character but you need them to also know how to act and be funny.  Finding just one of those attributes is tough enough but trying to find the trifecta is a daunting task.  But when you do find it, it’s like striking gold in a bath tub. (I don’t know what that means… actually I do, I did it last night.  You should try it.)

There were several years that Judd Apatow pretty much dominated the comedy genre.  Is that what influenced “The 41-Year Old Virgin Who Knocked Up Sarah Marshall and Felt Superbad About It” and how did you decide upon “30 Nights of Paranormal Activity with the Devil Inside the Girl with the Dragon Tattoo”

CRAIG: This is true, for a while you couldn’t get a comedy made unless you were Judd Apatow, at least that’s what my writing partner Brad Kaaya and I were told when we were pitching the studios.  We realized Judd Apatow was a genre and a big one at that so we decided to ride his wave and spoof his works of genius.

Found Footage was another big genre in the last few years that was ripe for parody so we decided to tackle it.  If you think about it made total sense … limited locations and characters, handheld and security cameras… we figured we not only could parody a popular genre but do it inexpensively.

What comedy film makers and movies influenced you the most?

CRAIG: Mel Brooks with “Blazing Saddles”, “Young Frankenstein” “High Anxiety” “History Of the World” Zucker Bros with “Airplane” “Kentucky Fried Movie”… then on the non parody side there was the early Ivan Reitman, John Landis eighties fare i.e. “Stripes”, “Animal House”, “Trading Places”, “Ghostbusters” and of course John Hughes with “Vacation” “Sixteen Candles”, “Breakfast Club” and “Ferris Bueller’s Day Off”.  Sorry, I probably gave you more examples than you needed but I got really excited.

Are you working on any new parodies or taking a break and doing an action/drama like “Bad Ass”?

CRAIG: I’m currently writing the sequel to “Bad Ass” which I’m very excited about.  Was initially concerned about writing a sequel because let’s face it, unless you’re the “Godfather II” or “Rocky II” you’re gonna suck.  But I honestly think that this sequel is going to be better than the original.  At least that’s what my mom said after she read the first ten pages.  Hoping she’ll read the rest but she tells me she’s extremely busy right now.

Keep an eye out on Craig’s IMDB for the “Bad Ass” sequel and any future parodies.
http://www.imdb.com/find?q=craig+moss&s=all