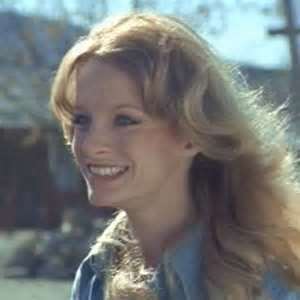 Claudia was getting her life back on track as she was kicking her drug habit, got out of a rocky relationship, and was working on not getting into altercations with cast members or directors on set.  She was leaving behind her partying twenties and was only two and half months away from her thirtieth birthday.  That all came to an end abruptly when she fell asleep behind the wheel of her car on the way to pick up the remainder of her belongings from her ex-boyfriend’s place.  She tragically died while paramedics attempted to save her from the wreck.  For the record reports indicated that there were no traces of drugs in her system after her death.

Claudia always wanted to be an actress as she spent most of her youth growing up in Evanston Illinois a near north suburb of Chicago.  After graduating in 1968 she took a job as a receptionist at the Playboy headquarters in Chicago.  Pompeo Posar a photographer for Playboy noticed Claudia and wanted to do a few test shots.  Those shots made her the 1969 Miss November and eventually the 1970 Playmate of the Year.  The next year she was on the screen starring as Sunny in ‘Jud’. Shortly after she was in many popular TV shows including “Ironside”, “Barnaby Jones”, The F.B.I.”, “The Brady Bunch”, “Cannon”, “Movin’ On”, “Caribe”,  “The Streets of San Francisco” amongst others.

It was the B movies that she was notorious for and she was occasionally referred to as the Princess or Queen of B movies during the seventies.

Years after her death Claudia is still talked about. In the book “The Lost Ones“ by Ace Atkins a man tells a woman that she looks like Claudia Jennings and refers to “Gatorbait”.

Maybe someday a B movie will be made about Claudia’s B movie career.