There is no cinema more underappreciated than that of Chinese cinema. So often, Chinese cinema, here meaning that of Hong Kong, Mainland China and Taiwan, has been associated with cheesy B-movie icons that people like Quentin Tarantino revere. And there is no problem with revering those wu xia (martial arts) films as they are quite a lot of fun and fill the quota for violent films. But, they do not highlight some of the mastery that has been exhibited by some truly talented Chinese filmmakers.

Films from mainland China were often times censored and had to fall under the restraints of the Communist Party and the Cultural Revolution. It wasn’t until the 1980’s when films started to flourish their without much Communist propaganda. The Fifth Generation of Chinese filmmakers was the nickname given to this new crop of visionaries which included Tsui Hark and Zhang Yimou. Meanwhile, the more liberal and westernized Hong Kong and Taiwan were able to strive under creative freedom spurning brilliant directors such as Wong Kar-Wai and Ang Lee.

The films that are counted on this list is by no mean indicative of the vast nature of Chinese films as many great movies do not make it over to the Western markets. But, what is on here are films that can give a good sense of what Chinese cinema is all about with a good mixture of artful dramatic films and the classic wu xia films that have become the stereotype of Chinese films. Here are obvious films that are amazing that I left out for no real good reason than wanting to talk more about certain films.

There are a myriad of films about the Chinese folk hero Wong Fei Hong. Think of him as the Wyatt Earp, in American terms, of China. There are numerous stories and legends about him that may or may not be true but fully assembles into a great mythic hero. “Iron Monkey” gives a different take on the legend. It tells the tale of Wong Fei Hong as a child before he became an icon in the history books. Here, Wong Fei Hong is seen as child following another mythical, and from all accounts fictional, hero of The Iron Monkey, a Robin Hood or Zorro type figure.

It’s a refreshing take on the character that has been depicted numerous times by showing him less than perfect like a lot of his previous films. He is playful and innocent, getting into childhood shenanigans while being sternly disciplined by his father, played by the great Donnie Yen. Directed by the fight choreographer Yuen Woo-ping, the fight scenes are an exquisite piece of art that uses practical stunts as an avenue of expression. Before there was the fluidity of “Crouching Tiger Hidden Dragon” there was “Iron Monkey”.

Stephen Chow’s “Kung Fu Hustle” is an underrated masterpiece. It is not that people have not seen the film and enjoyed the film but film goers do not see the brilliance of this satire on classic wu xia pictures effectively with Western slapstick from Charles Chaplin to Bugs Bunny to old gangster films. This combination of styles and homages leads to some of the most fun one can have at a movie theater. Think of “Kung Fu Hustle” as a perfectly made stew in which all these ingredients are put together to make one delectable dish.

A lot of the credit has to be given to Stephen Chow who never had the respect of a Jackie Chan. His action and martial arts are as exquisite as Chan and his comedic styling goes above just the usual martial arts slapstick, poking fun at the genre as a whole rather than playing a man in an extraordinary circumstance. People criticize this film for its lack of substance or gravity when compared to a “Hero” or “Crouching Tiger Hidden Dragon” but there has been no movie as creative and skilled at bending genres since Quentin Tarantino’s “Pulp Fiction”.

Andrew Lau’s cop thriller was said to have single handedly lift Hong Cinema from its creative stand still and for good reason as there is no film as complex and taut like it. Lau and Leung’s lack of interaction together is as intense as the titillation of the Robert De Niro and Al Pacino relationship in Michael Mann’s “Heat”. And when they finally do meet, it is just as satisfying and shocking. All my problems with “The Departed” comes from the fact that “Infernal Affairs” made the film as perfect and compact as possible. This film was able to take an old worn out genre from movies and TV and inject it with creativity and life.

Come Drink With Me

The classic Shaw Brothers wu xia films were less like a film filled with fighting but rather action scenes as a dance. Coming from the tradition of Peking Opera, the fight scenes in 60’s and 70’s Kung Fu films are fluid and visually enthralling if not fake looking. But, that does not mean they were any less great. “Come Drink with Me” is the perfect example of that. In fact the star of the film, Cheng Pei-pei, is not only a female protagonist, but was trained as a dancer. This is, by all means, the culmination of all classic Chinese cinema especially in terms of wu xia films which is all about mood and setting and atmosphere.

Director King Hu, the master wu xia films, is able to create the mythical hero of the Golden Swallow, a female protagonist which is ever so rare in these types of films. Cheng Pei-pei, using her experiences as a dancer, is able to show grace and mystique in her moves. The elegance that she brings to her role is what makes the film excel as it does have its moments of being over longed such as these interludes of songs. But, the influence of this film is evident from Bruce Lee to Jackie Chan, so much so that there have been rumors for years that Quentin Tarantino was thinking about doing a remake of the film for the Weinstein Company.

Lar Kar-leung is a master of wu xia films including his masterful “36th Chamber of the Shaolin”. In the original “Drunken Master”, Jackie Chan had not fully found his comedic sensibility and truly how to perform yet. 16 years after the release of the original “Drunken Master”, these two great Chinese icons decided to bond together to create “Drunken Master 2” or “The Legend of the Drunken Master” in North American release. Once again this is a story of Wong Fei-Hong as he fights the evil foreigner, a storyline that populates a lot of Chinese films. The drunken boxing technique is marked with grace and virtuoso physicality that proves my theory that Jackie Chan is the last great silent star in that he embodies the type of comedy that Buster Keaton and Harry Lloyd represent.

But, “Drunken Master 2” does not simply just include comedic fight scenes as Chan and Kar-leung were able to infuse some dramatic moments into the film. The final fight scene is every bit as intense and hard hitting as a Nicolas Winding-Refn film. This is one of Chan’s rare films that show how truly great he is in the art of martial arts as well as accurately portraying his comedic sensibility. This is Chan’s defining film and the film that will be his legacy long after he passes.

It is inevitable for every Chinese director to try their hand at a wu xia film. John Woo recently did the epic “Red Cliff” and Wong Kar-wai did “Ashes of Time” and “The Grandmaster”. But, the best of the auteur directors making wu xia films has to be the Jet Li vehicle, “Hero”. This film has the grandness of a Classic Hollywood epic, the colors and textures of an MGM Technicolor musical and the action that only Yuen Woo-Ping could bring. Zhang Yimou, mostly known for his dramas such as “Raise the Red Lantern” and “The Red Shorgum”, was able to get out of his comfort zone to make a masterpiece in Chinese filmmaking.

Told in a Rashomon style format, it is another tale of revenge and love split into many parts with many allegories. That is the depth that “Hero” embarks with it ambitious story. And it is through the superb cast that the film is able to pull it off. Jet Li is an underrated dramatic actor with his western roles always limited because of language barriers but it is through this film that he is able to showcase the inner turmoil needed. The supporting cast is populated by familiar names and faces such as Donnie Yen, Tony Leung, Maggie Cheung and Zhang Ziyi to give gravitas to each role, making for a complete visual and emotional masterpiece.

Devils On The Doorstep

Watching a lot of Chinese films, there is a familiar pattern within all the plots especially in terms of revenge and the foreign invasion. China, for as large of a country it is, went a long time being an isolationist country. Thus the usual mantra in a lot of Chinese films is how evil the foreigner is. It takes a brave man like Jiang Wen to go against the grain by making a film sympathetic, to a sense, of the Japanese during the Japanese invasion during World War 2. Take it this way; this film was so controversial that China banned Jiang Wen from directing a film in China until 2007.

But, Wen’s satire isn’t exactly about how great the Japanese were. In his beautiful black and white film, he is satirizing how media have perpetuated the notion of the evil foreigner while the Chinese simply went on as the submissive oppressed. And the fact of the matter is that this is able to carefully walk the tightrope of a horrendous tragedy with comedic slapstick moments. Think of a less optimistic opening and darker version of “Life is Beautiful”. He builds the relationship between Chinese peasants who captured a Japanese soldier and looks upon that dynamic with irony and it says a lot about Chinese sensibilities in this underrated classic. 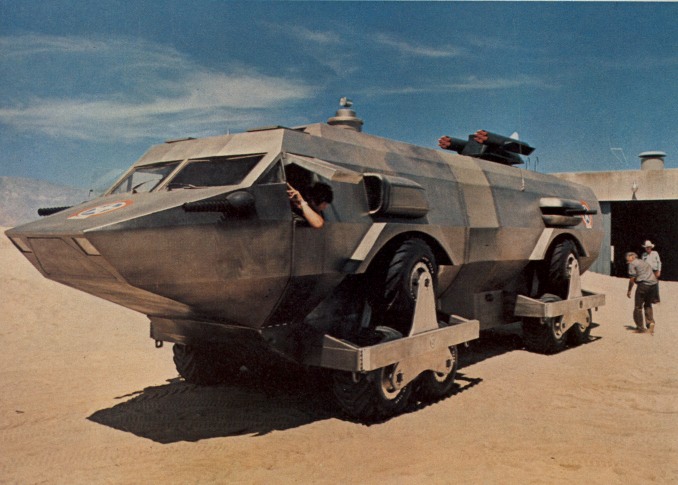 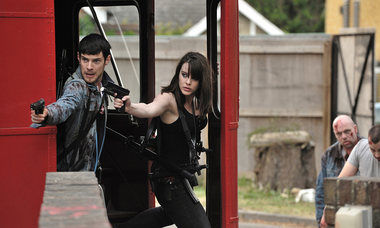 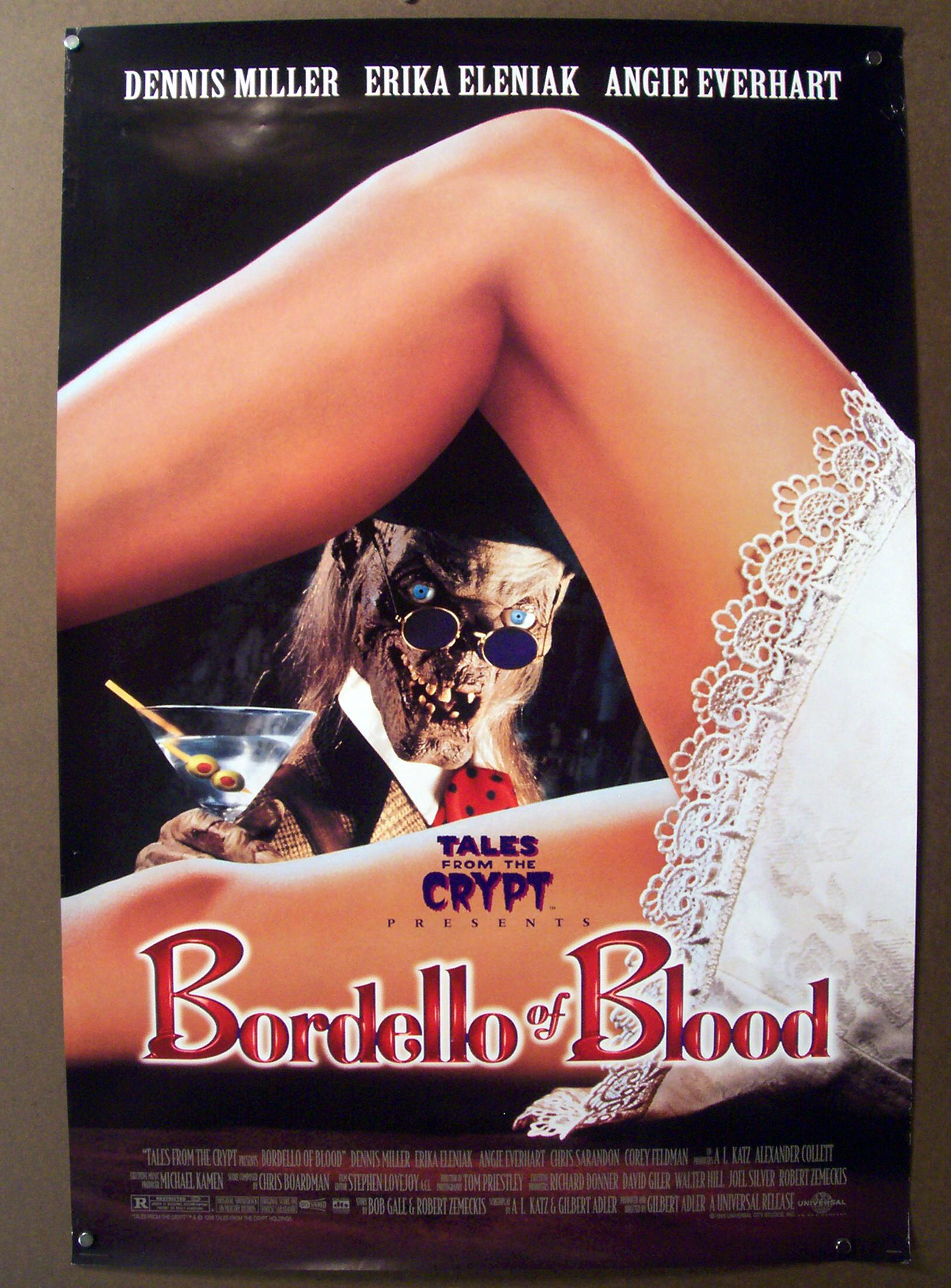 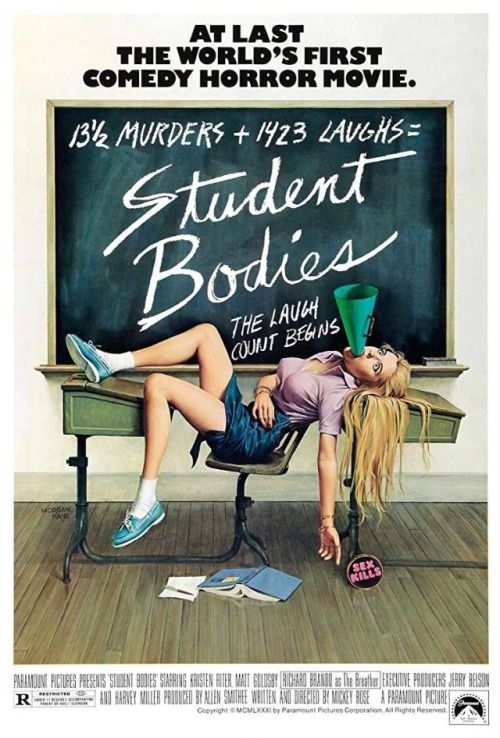