“In the wake of a solar flare of unusual properties, a mismatched group of inner-city survivors must put aside their animosity to escape a Los Angeles now free of gang-bangers, but infested instead with blood-sucking zombies.”

“Mutant Vampire Zombies from the ‘Hood!” (hereinafter called “MVZFTH”) is a fun zombie movie from 2008.  Thunder Levin the Director, Writer, Producer and George Saunders Writer, Producer of MVZFTH put together a good story of survival, quality kills and a good cast. 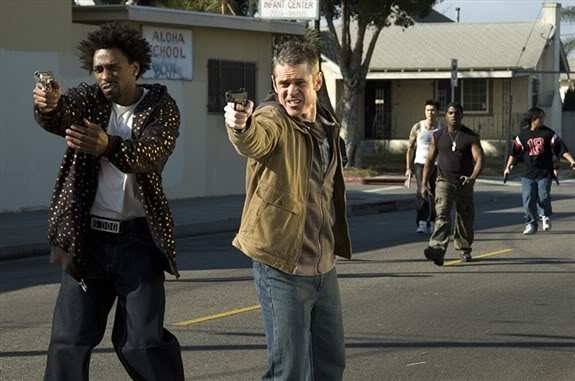 The best would be to point out some scenes that made the film entertaining.  One being when two zombies rip off a girl’s arm, then her shirt and she runs away screaming topless with one arm.  A zombie wearing an “Eat Me” t-shirt while chowing down on an arm.  We learn the mutant zombies and vampires can’t control their urges after the radioactive storm mutates them. You almost feel sympathetic toward them….almost.   There were some moments that may scar some men too.  After watching one scene it may be awhile before you can go to a gentleman’s club! 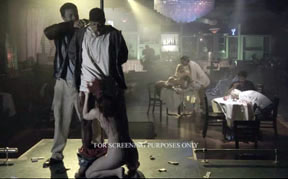 On that note, we find out the zombies and vampires are total horndogs and the zombies attempt to rape a woman, quite disturbing. 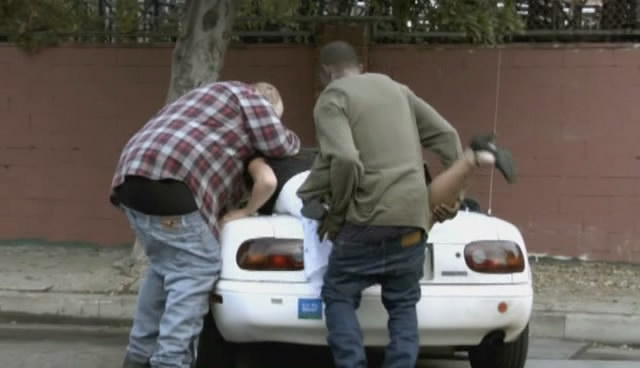 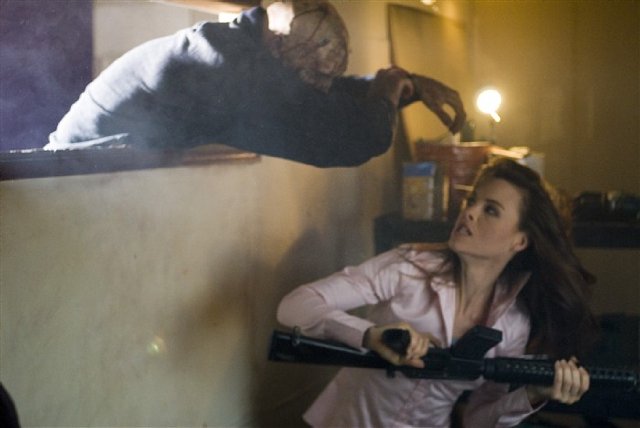 Johanna is not just pretty she made me laugh while she smiled and said “of course” when a grossed out Tyshawn Bryant asked if she dissected a zombie.   She also maybe, just maybe nagged C. Thomas a little the way she tells him “Get in the van already!”  He doesn’t even get an “are you okay?” after he barely survives an attack of two massive zombies.  During that attack there may have been a little tribute to Jaws? “Smile you son of a…”   However you can’t argue with Johanna, this clip will speak for itself.

Check out the MVZFTH website and IMDB for more information.  The DVD has a quality features section with a Behind the Scenes, Meet the Cast, the Hell Room, Make Up, and Stunts.