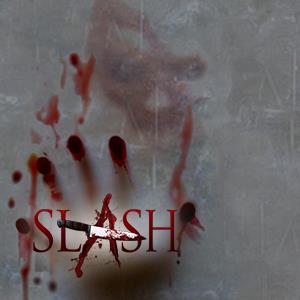 Directed and written by Rycke Foreman and staring Maria Olsen the upcoming film “Slash” currently in pre-production is getting plenty of attention for several reasons.  The exciting script, production team, cast, and the film will utilize a new groundbreaking 3D technique.  The crew already includes special effects supervisor Rich E. Cordobes, who has fifty IMDB credits in top films like “Transformers”, “Lord of the Rings”, “Race to WitchMountain”, “Anaconda”, and “Total Recall”.  Also on the team is editor Peter Devaney Flanagan who has several dozen editing credits under his belt. That and plenty more is in the official press release below.

Definitely check out their Facebook page https://www.facebook.com/SLASHflick  and the website www.slashflick.com which is full of wonderful information on the film, cast, crew and updates on production.  Merchandise is already available for purchase and a link is provided for the Indiegogo campaign.

SLASH is a story about young people who see their friends butchered around them. They must deal with each other’s violent fantasies and face their own demons…or die trying!

The writer/director/producer Rycke Foreman and producer/actress Maria Olsen (of MOnsterworks66) are using Sheryl Roberts to do the Principal Casting. A casting call will be held in New Mexico in April and the production will begin in late June. The film will employ a crew of at least 85, a cast of 25 to 30 speaking roles, and approximately 350 background players. A vast majority of both will be New Mexico hires.

Currently, the attached crew consists of such notables as Rich E. Cordobes (Special FX: Lord of the Rings trilogy, Transformers), Steve R. Moore (Visual FX: Avatar, Titanic) and Peter Devaney Flanagan (Editor: Scream, Hellboy 2). More crew members are needed to fill production requirements. The film will employ a crew of a minimum of 85. For more information on being considered for the crew, please get in touch with Lora Carlson, producer, at lora@slashflick.com.

Rycke Foreman has worked in virtually all aspects of independent film, television and theatre for more than fifteen years around the Four Corners area. In 2009, he optioned a horror spoof to a small production company in Hollywood, and was part of the writing/producing team behind the multi-award winning short film “Auto Care,” shot later that year for the National Film Challenge. Another award-winning short he co-produced was “Locked Away,” winning the Remi award at Houston WorldFest. He has published short fiction since the early 90s, appearing in dozens of publications such as Marion Zimmer Bradley’s Fantasy Magazine and 69 Flavors of Paranoia, which he edits.

Best known for her appearances as Mrs. Dodds/The Fury in Percy Jackson & the Olympians: The Lightning Thief, as well as Paranormal Activity 3, American Horror Story and Rob Zombie’s Lords of Salem, Maria Olsen has worked on more than 40 feature films and over 70 shorts since 2005. She has also won four awards (including awards for both acting and directing), had two short films appear at the 2009 Cannes Short Film Program, one at the 2010 Sundance Film Festival, plus others at Fangoria’s Weekend of Horrors and HorrorFest. Olsen also owns MOnsterworks66, producer of features such as Brandon Scullion’s Live in Fear, Randal Kamradt Jr’s Faraway, Eric Michael Kochmer’s Way Down In Chinatown, Bert Havird’s Reunion and Michael LaPointe’s LoveTouchHate.

To learn more about this feature film, investor opportunities or product placement advertising, please visit the website www.slashflick.com. In order to contribute to the making of the film, the public is encouraged to support the crowd funding efforts on the Slash IndieGoGo campaign.