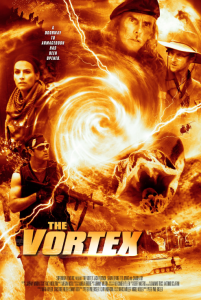 “Vortex” is an action, adventure, sci-fi, and comedy. Was it fun to write since you wrote those genres already but not all four combined?

PETER: It was indeed fun to write the script!  The script came about this way:  I wrote the piece rather quickly and with a humorous slant to it. This was in the summer of 2011.  I got to about page 80 and was stuck.  The characters had all been fleshed out and the tone of action, adventure, sci-fi comedy was all there since I basically used a combination of Indiana Jones and Stargate as my jumping off point!  But I didn’t really have a clear ending in my mind.

I had work as a First Assistant Director on two features quickly approaching. So, I reached out to a friend of mine, Cary Anderson, who had written a short film entitled “Chad & The Alien Toupee” that I had directed which stars Bob Picardo and Tim Russ of Star Trek Voyager and is campy and has some sci-fi elements.  I knew that Cary would bring a lot of humor to it and he did.

Cary added I think something like 30 or 40 pages to my 80 page version and when I was done with my AD work we set up a table read.  It went well aside from Cary’s ending that had our heroes all crashing and burning in a helicopter.  Needless to say, that ending was rewritten to what is currently in the film!

BUT so many of the most memorable laugh lines in the film?  All Cary.  He gets all the credit for that.  And his ending actually informed the ending that I ended up writing.  So all in all a great way to work.  Very fun and I hope viewers will find a fun film to watch!

Can you quickly summarize Vortex and has the release date been confirmed?

PETER: THE VORTEX is a campy, fun mega creature film about a group of seals sent out on close a wormhole and save the WORLD!!!  Oh, and in the middle of it is this crazy love triangle between our three leads:  Sexy and knowledgeable Commander Catherine Deckert, pumped up SEAL Team leader Lt. Steven Raiger and the all-knowing wimp who is forced into action Dr. William Marx.

The release date in the US has not been confirmed yet!! We are still looking for the perfect domestic distributor.  When we do have a release date we will let you know and of course have it up on www.supernovafilmsinc.com and our facebook page as well!

According to your website Supernova has all different genres in development. Do you have a certain amount of films you want to produce each year?

PETER: Ideally, Supernova Films would like to produce 3-4 films a year.  But as a start up, we know that things take time in the beginning.  Our next 2 films are ready to go!  We have the scripts and with funding we could head into prep.

When and how did you start up Supernova Films?

PETER: Miguel Muller and I met on the short film YOLANDA.  Miguel wrote and directed that project and I acted as his first assistant director.  In April of 2011 we connected again on the “One April Night of Shorts” event in downtown Los Angeles and in the fall of that year we created Supernova Films Inc with the express purpose of producing THE VORTEX, but also more genre films in the near future!

What’s the next exciting film by Supernova after “Vortex”?

PETER: There are two projects on the slate for Supernova Films Inc.  Next up is a found footage film entitled THE BEFORE TIME.  Miguel will direct this one.  It’s about rival television crews in the Mojave Desert shooting a reality show when things go horribly, horribly wrong!!  Peter will then direct CRAZY IN THE PARTY which is about a pool party that gets out of hand and makes two nerds in legends.  Kind of in the American Pie or Superbad mold.  We also have a short film entitled ANY OTHER FRIDAY with an amazing cast that is a take-off of the beloved Friday Night Lights film and television series.  Yes, lots going on with Supernova Films Inc!

As mentioned earlier check often Supernova’s website www.supernovafilmsinc.com and their Facebook page for the release date of “The Vortex”.  Their website also is a great source of information regarding Peter and Miguel and all their films in production and development.

Take a look at this entertaining video of “The Vortex” still photos put together by Peter and Miguel.

…and here’s some more exciting artwork for “The Vortex” 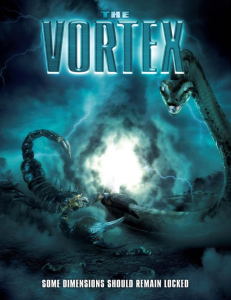 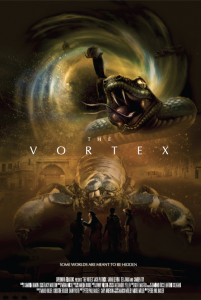 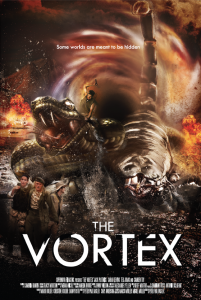 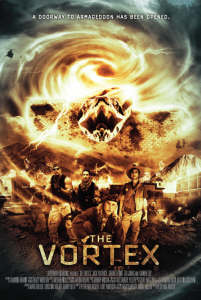 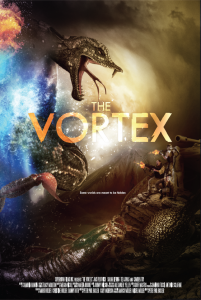