It took a decade, but writer, director Paul Bunnell‘s patience and perseverance paid off.  The outcome is an over the top, hilarious, goofy, entertaining, sci-fi, comedy, musical genre film.  Paul was very determined and made it through all the obstacles to get his film made.  We’re all fortunate he did so, because “The Ghastly Love of Johnny X” is very entertaining. 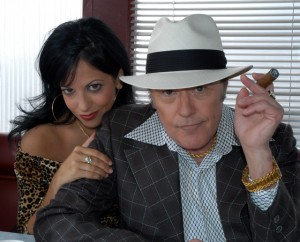 You set out to make “The Ghastly Love of Johnny X” in 2002. I admire your determination and dedication to complete it the way you wanted. Mentally how did you get through the years?

PAUL: It was not easy. We began filming with the actors in 2004. Everything was going along great until we ran out of money. The production had become way more ambitious than I had imagined. It wasn’t until the disastrous shoot at the drive-in when it began to snow that I realized we were going to need a much “bigger boat.” We went home dejected after the snow cleared and put the movie on “ice” for six years! Time began to pass and I would tell my wife, “It’s been a full year! If we don’t figure out a way to get this thing finished we’ll lose our entire investment and be eating a lot of crow.” I was constantly worried I would be branded a failure for not having found a way to complete the film. This caused me great stress and periodic bouts of depression. But these episodes didn’t last long. I always found a way to pick myself up and start all over again. I held onto the belief that this thing was possible and would happen — that it was only a matter of time. The actors humored me throughout the years. I would call them periodically to give them pep talks and updates on my latest fund-raising efforts. They probably thought I was nuts. But I astonished everyone six years later when the planets aligned! A friend of mine said he would help me finish the movie. It was that simple. That friend saved my life in many ways for which I will always be grateful. His name is Mark Willoughby. 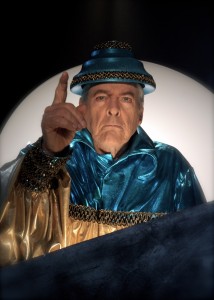 Since there was a long time of filming, did you have any consistency issues with the actors or anything else due to the time gaps?

PAUL: Amazingly, no! There is a scene at the drive-in where Bliss and Chip are sitting in a T-Bird in 2004; they get out of the car in 2010 and continue the scene. This also happens during the musical number “These Lips That Never Lie” with portions of it filmed in 2004 and some in 2010. The astonishing thing is the actors looked the same. I was the only one who aged (probably due to the stress of the previous six years) but luckily I wasn’t in the movie. One of the other saving graces was filming in black and white, which helped hide a lot of the flaws. 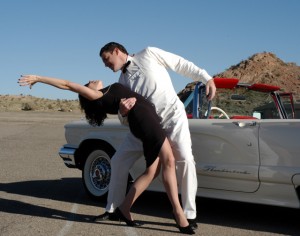 I read that Kodak discontinued the 35mm Plux-X film and that you wanted to use it. You begged your film rep at Kodak and they scoured the earth to find it for you. How and why was using the 35mm so critical?

PAUL: It was simply a matter of wanting the movie to be consistent looking and of the highest quality. I didn’t want to switch to digital since it would not match the superior quality of film. Same for shooting on color stock. We could have shot the second half on color and converted to black and white digitally, but there would be a noticeable difference between the two stocks when printed. JOHNNY X was completely photographed and finished on 35mm black and white film. We cut the original camera negative and made 35mm prints on black and white stock. I wanted a pure black and white film look from capture to exhibition, which is the reason I had to have that Plus-X film stock to finish the picture. If you get a chance to see the 35mm print projected on the big screen you’ll understand why I chose to do it this way. Film is a truly magical experience when done right. 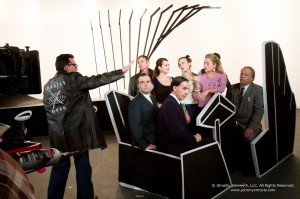 Writing the script had to be challenging enough. Was it challenging and fun to include songs?

PAUL: The songs were really an afterthought. JOHNNY X was originally conceived as a straight narrative about a gang of rebel rousing performance artists from outer space. The music element was added midway through the writing process. I thought it would be funny to have one full blown musical number during the diner sequence, which is why this sequence is so very long in the movie. I liked the song so much I decided to add more but stopped about half way through. This is the reason the film is top heavy with songs in the first half and pretty much nonexistent in the second half. I never really thought of the movie as a “musical” while I was making it. Carolanne Marano did a fantastic job with the choreography and made my job a lot easier. It was kind of like having a co-director for those scenes. 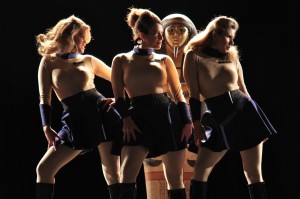 What are you currently working on and what can we expect to see from you in the near future?

PAUL: My staff and I are currently finishing work on a screenplay called ROCKET GIRL. It’s going to be really something and the perfect follow up to JOHNNY X. One thing it won’t be is a musical. It will be shot on 35mm film in “living color!” Another project I have my sights on is a big screen adaptation of Victor Hugo’s THE MAN WHO LAUGHS. Perhaps that one will be a musical. 😉

Check out these pictures of Johnny X. 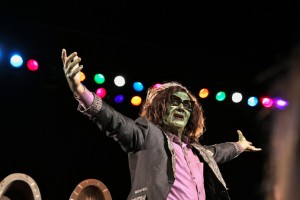 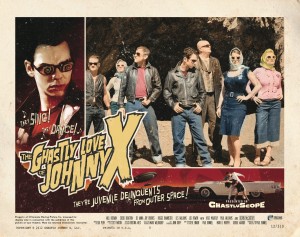 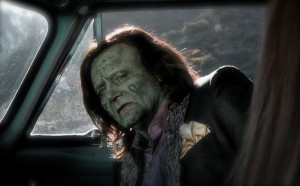 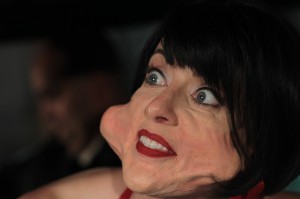