Roger Corman, one of the all-time great makers of B-movies, is bringing his collection to YouTube.

Corman, maker of 400 films that span horror; sci-fi; action and adventure; comedy; and other genres, is launching “Corman’s Drive-In,” a new subscription channel where fans can watch films like “The Crybaby Killer” and “Little Shop of Horrors,” two of Jack Nicholson’s first movies. The channel launches on June 13.

Subscriptions to “Corman’s Drive-In” will cost $4 a month, and come with unlimited access to 30 films at a time. Other films from the director’s vast library will be swapped in at a later date, and subscribers will also get access to “Corman’s Take,” in which the director will offer insights and trivia related to his work.

Corman was famous for his ability to make almost any kind of movie, as well as for his casting eye. In addition to discovering Nicholson, he also cast the likes of Ron Howard, Martin Sheen, F. Murray Abraham, Pam Grier, and David Carradine.

YouTube began piloting its subscription program in May. The Google division sees the initiative as a potentially lucrative way to help filmmakers and others earn new revenues, while also bringing cash into Google’s coffers.

Subscription plans start at 99 cents a month but can be set higher, as in the case of “Corman’s Drive-In,” and all paid channels come with a 14-day free trial. The program launched with 53 paid channels, including videos from the PGA Digital Golf Academy, UFC, and HDNet. It’s not yet clear how many other filmmakers, or Hollywood studios for that matter, will participate. 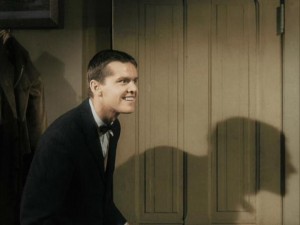