While on stage in 3rd grade, Laurene had parents cheering her loudly for her femme fatale role in a play.  That moment she knew she was destined to be an actress.   At the same age she also realized she won’t be a singer, as you’ll see below.  However, Laurene is a gold medal winning lyricist.

Not only did we love her in Larry Cohen’s Manic Cop 1 & 2, she entertained us in “Hundra” and made us laugh in Airplane II and “All the Marbles.”  Laurene’s website and IMDB lists the many other films she’s entertained us in. 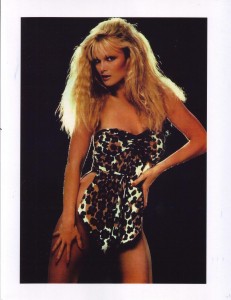 When you moved to the U.S. from Canada when you were just 4, what acting did you do up until your first role in a film?

LAURENE: The first acting I did was as a child pretending to enjoy the peas on my plate. Instead, I would swallow them whole with water or dump them on the floor when my dad or mom were too busy throwing plates at each other to notice. I acted in some plays in school, and later before doing film did some theatre – – one of which was BABES IN TOYLAND, playing Little Bo Peep. I had to sing and remember the entire audience holding their ears and wincing—at the time I sincerely thought they all had ear infections. Of course it was my voice.

Do you still write and do you have anything in the works?

LAURENE: I co-wrote an outrageous screenplay entitled JAILHOUSE DOG with the effulgent au fait auteur Larry Cohen. It’s based on the little known fact that some penal institutions in the United States currently permit the inmates to foster pets — namely dogs — and that the induction of these animals into the prison community has lowered the level of conflict, violence, and has been an unadulterated triumph. One of the lead characters, Rochelle, is a wild, wacky, unyielding and lovable animal rights proponent. The other is Ramsey Lord (R. Lorde), an interim loser warden whom all the inmates make a jack ass of. The story takes place in a white collar prison — it is man and his best friend. Dog movies are always a smash at the Box Office and we are endeavoring to get funding for this project which is near and dear to my heart. In actuality, Rochelle is me. The subtle, underlying thematic echo is RESCUE–DON’T BREED FOR GREED. Think Pawsitive and rescue!! Another concept I came up with is a Superhero character–THE PRAYING MANTIS – A TREATMENT. 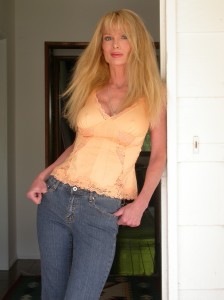 Do you and Larry Cohen still work together? (Yeah, I know you do, but wanted to give you an opportunity to share your current work status with Larry)

LAURENE: Larry writes most of his own fabulous screenplays–the ones we co-wrote are the treatment for THE PRAYING MANTIS, the screenplay, JAILHOUSE DOG, and the suspense/horror script FATHER TIME– a knife wielding, revenge seeking psycho-thriller that can be made for under a million.

You’ve starred in all genres throughout your acting career.  Do you have a favorite genre you to act in?

LAURENE: My favorite genre is comedy, always has been, always will be. Horror/fantasy thrillers are great too as there is always the element of comic relief in them at some point.

Can you tell us about “Circle L” and your involvement?

LAURENE: I love animals, especially stray dogs that society has forgotten and wish everyone would adopt and not purchase dogs from the pernicious puppy mills which are horrifying. If people would only look up what they are all about, perhaps they would go to a shelter and adopt. In my humble opine, purchasing a purebred is heartbreaking. I wish everyone would donate to CIRCLEL.ORG, a most caring and humane organization that fosters unwanted animals. Hopefully, people will adopt one of these loving, helpless pets. I have adopted two pitbulls named THE GIZZARD, and the second is MOSES from them. It is a ranch in Prescott, Arizona. 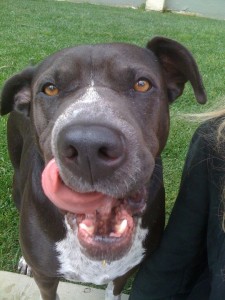 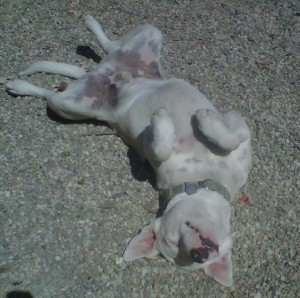 Definitely an animal lover, no horses were injured in this scene.

FYI  In response to the many autograph requests that Laurene receives, she now has an order form on her photo gallery page.  Her photos are ideal for framing and including on the living room wall with family photos, on the bedroom dresser, and as a center piece on the dining room table. 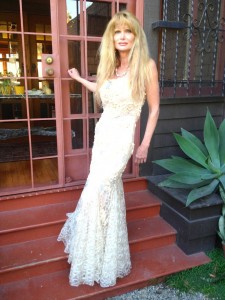