Mindy Robinson is the humble girl you wished lived next door and not only because she’s pretty, but because she’s outgoing and always willing to help out.  Mindy is constantly running between filming locations, and yet she amazingly remains calm despite her hectic schedule.  All that running around must help maintain her supermodel figure, because she has no problem having a pizza and beer with you (in proportion of course).

She’s been in many B Movie horror and comedies and has numerous films in production due out in 2013 and 2014.

With so much filming going on simultaneously, how do you manage your time and is your car a virtual movie trailer containing your equipment/costumes?

MINDY: I’m always working on something, it’s my full time job. Even on the days I’m not filming I’m auditioning or working on my social media. As for my car? It is definitely the car of a working actor’s…it’s full of empty Funyon bags and headshots all over the place.

Originally you went to the “Mansion of Blood” set for background, but ended up filling a role.  Within a couple years your resume credits skyrocketed.  What did you learn as an actress in that very short time?

MINDY: You need to have talent, you need to work hard, you need to be different…you will fail without all three and I see it all the time. 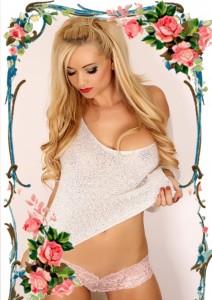 Regarding several of your current projects:

“Live Nude Girs” is a comedy set in a 1980’s Los Angeles strip club. It’s about an average guy from Chicago who inherits a struggling gentlemen’s club.   How is the film proceeding and how is it working with the cast (esp. Chris Gordon aka Honey Badger guy)?

MINDY: The film is wrapped and in post-production. It was a great opportunity to work with director Jay Leggett and other incredible comedic actors!!! I’m ready to do the sequel lol 😉 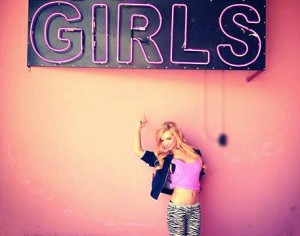 “Casting Couch” another comedy I’m looking forward to!  You star in this one about six guys holding casting call for a fake movie in order to hook up with girls.  This film has recently been released on DVD and VOD.  What can we expect from you and this movie in general?

MINDY: It just recently got on Netflix as well, I have a scene where I play a wiser than most actresses…you’ll have to see it!

“King of the Nerds” a reality show hosted Robert Carradine and Curtis Armstrong from the 80s “Revenge of the Nerds.”  Contestants compete in order to be “crowned the greatest nerd” of them all.   Can you tell us more about your role as Pom Pom Kitty and some of the entertainment you’ve seen among the contestants?

MINDY: Yes, Pom Pom Kitty was the unofficial mascot of KOTN! It’s one of those roles that a lot of people saw it but didn’t know it was me because of the wigs and outfits….well we just wrapped season 2 and although I can’t say much….I can say that Pom Pom Kitty definitely comes back in full force!

TBS page for “King of the Nerds”

Watch Mindy in a Chess match.

For a list of appearances and credits visit www.imdb.me/mindyrobinson