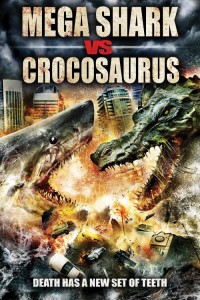 When you’re the son of the prominent filmmaker Fred Olen Ray, there’s no doubt you will keep the family tradition going. Chris Ray who was in a movie before his first birthday has emerged as a top director.  He has directed instant classic B Movies like “Mega Shark vs Crocosaurus,” “2-Headed Shark Attack,” and “Shark Week” all for The Asylum.  The most recent film Chris directed “A House is not a Home” came from the production company DeInstitutionalized, which was formed by him and Gerald Webb. The film stars Gerald Webb and won Best Horror Feature Film at the 2013 Burbank International Film Festival.

“A House Is Not a Home” took home the best horror picture from The Burbank International Film Festival.  How exciting was that for everyone being DeInstitutionalized first horror film?

CHRIS: It was an amazing evening. No matter what anyone said leading up to the premiere nothing prepared me for the out come. We sold out the screening and then took home best Horror Film. This just reconfirms that me and Gerald are on the right track.

Can you give us a quick history lesson about how DeInstitutionalized got started?

CHRIS: Well I met Gerald 7 years ago when he came in to try out for a role in my first film Reptisaurus. The producer at the time didnt want him in the film. There was something about him as an actor that I was dead set on having him in the cast. Needless to say, he deserved and got the role.  We’re still together years later making films and trying to break some barriers. 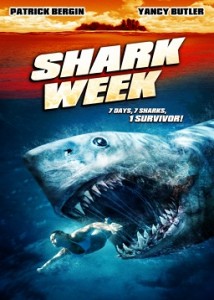 After directing creature films like “2 Headed Shark Attack” and “Mega Shark vs Crocosaurus” how was it directing a horror film like “A House Is Not A Home?”

CHRIS: A House Is Not A Home is more my style. I want to be directing all of the time. It’s taking a little time to show people that I can do more then just giant CGI monster films. One of the goals Gerald and I set for this film and for our new company, DeInstitutionalized, was to show everyone else that I can direct a very different type of film and do it well.

Being a partner with Gerald Webb at DeInstitutionalized, how much has your filmmaking career changed?

CHRIS: We are so busy all the time that nothing has changed. The biggest difference is we used to go to meetings to benefit other people’s progress and companies.  Now we go to meetings that are moving us and our company forward.  It’s really a dream come true. We want to make the films the way we want to make. The more we work together the more we confirm and and are slowly showing the world we’re in the right business. 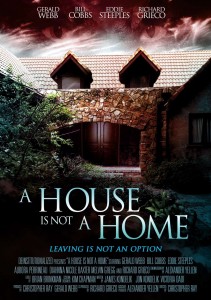 I’m sure DeInstitutionalized is busy after the success of “A House Is Not a Home.”   Can you share what’s next and will you guys be specializing in any specific genre?

CHRIS: I am currently producing a film that I can’t get to in detail with. As for our company Gerald has come up with a great idea and is now in the final process of finishing up the 2nd draft of the script. Once that is done, we are gonna roll again!  As for types of films……GOOD ones.

B Movie Nation thanks Chris and we all look forward to his future films.  Be sure to check out the DeInstitutionalized website for current and upcoming films.