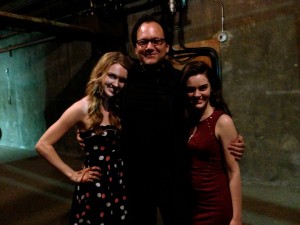 Sean Cain is an editor, director and writer amongst other jobs.  He wrote and directed his classic “Silent Night Zombie Night” and his upcoming “Jurassic Block”.   Sean’s passion is editing and some of those films include “Sand Sharks,” “Zombiegeddon,” “Silent Night Zombie Night,” and “Rise of the Dinosaur.”  He has a packed schedule working on multiple projects and we thank him for taking a break for B Movie Nation.

How much of a difference is there between editing films you directed compared to working with other directors?

SEAN: The difference is having a vehicle that works opposed to one with a couple of flat tires. Sadly, my experience is that most of the films where I’m a hired gun there’s not much thought to the whole enchilada. A particular scene might be fine, but when you try to string all those scenes together then the flow doesn’t quite work. Coming from an editing background I’ve been lucky so far to know exactly what I want and get exactly what I was aiming for. Then the editing goes fairly quickly. 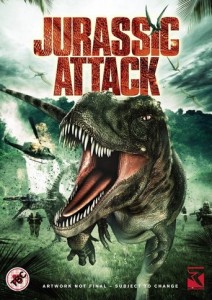 “Silent Night Zombie Night” was the most challenging film for you. Why was that and what did you take out from that experience?

SEAN: SNZN was my first ‘real film’. (Not to take anything away from “Naked Beneath the Water”, but that was done with friends on weekends over the course of a couple of years.) However, the budget was still pretty tiny. We worked 18-hour days almost every day and by the end of the run everyone was getting sick. Being that it was December there also was a lack of light and we had to create a lot of day for night type lighting set ups.

As an editor, what are your biggest challenges and what do you love most about editing?

SEAN: My biggest challenges are when some bonehead ‘director’ doesn’t know what he’s doing and doesn’t get proper coverage for the scenes. But out of the whole process I do love editing the most. Even as I grouse about it I’m at my happiest sitting there at the computer getting lost in the scene and finding a way to make it the best it can be. Can you tell us a little about “Jurassic Block” including the release date?

SEAN: “Jurassic Block” is my biggest budget yet! First film, as a director, for the SyFy channel. I’ve been working quite a bit as an editor and I did some directing for pickup days on “Rise of the Dinosaurs”, but this one is all mine. Writing, directing and editing. The premise might sound a little silly because it’s about sorority girls and prisoners having to team up after dinosaurs are let loose in a prison, but it’s not campy at all. Straight up action and fun. I had an amazing cast, Ray Wise, Kevin Gage and Robert LaSardo which you might recognize and a lot of other actors you wouldn’t, but I swear will be household names one day! It should be coming out next year. We are just finishing up the post sound on it.

Any projects in the works after “Jurassic Block”?

SEAN: Right now I’m working editing two feature films, “LA Apocalypse” for SyFy and “Death by Solicitation” which is a horror movie produced by my friend, Felissa Rose. Plus it looks like I’m going to be doing a number of behind the scenes for Shout! Factory for re-releases on titles like “Witchboard” and “Night of the Demons”.

There’s plenty of upcoming films Sean has been working on so, to keep updated be sure to follow him on Twitter and visit the Velvet Hammer Films website.  For production information, photos, and news for “Jurassic Block” check out the Facebook page.   Again, we thank Sean for taking some time for B Movie Nation and wish him the best of luck with his upcoming films.