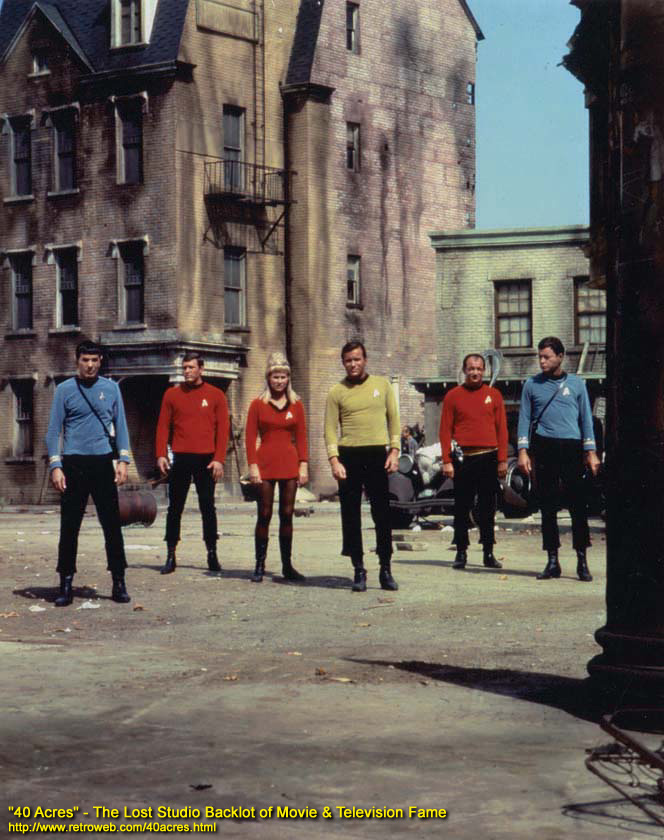 ALMOST exactly 40 years after the original TV series was canceled by NBC for low ratings, the 11th feature film based on or spun off “Star Trek” has arrived on a wave (I suppose I should say a photon wave) of excitement and fanfare. This latest “Star Trek” movie, a deft effort to reboot the franchise, reintroduces the old characters — Captain Kirk and Mr. Spock and Dr. McCoy and Lieutenant Uhura and the rest — as sexy young cadets setting out on the first mission of the starship Enterprise. Re-imagining their origins in a prequel, rather than depicting their further adventures in another sequel, is a cheeky act of cultural retro-activism, and perfectly in keeping with the ’60s show. “Star Trek” was, from the start, more nostalgic than futuristic.
Enlarge This Image
Ted Mcgrath

The original series was never really about the 23rd century or outer space; and to think of it only in those terms is to misunderstand the show and ignore its real legacy. Despite its technological gimmickry — the flashing light bulbs and the transporter beams and the cafeteria dispenser that synthesizes the atomic structure of any lunch order — the series was essentially a trek around the past, and not even the real past, but the past of vintage Hollywood movies. Its fictions always had less to do with science than with popular entertainment itself.

The show appeared at a signal moment in the progression of pop culture literacy. In 1966, television viewership was exploding, and stations around the country found that they could fill hours easily and cheaply by broadcasting old movies. New York’s Channel 9, which I watched when I was young, would often run the same film twice a day, three times on weekends, for seven days in a row. Thus, the children of the ’60s became the first generation to grow up on the whole catalog of American movies, not just the films of their own day; they were the first to have a free education in pop history and to develop a hardy appetite for kitsch.

“Star Trek” was an early manifestation of our contemporary absorption with the pop culture of the past. The show’s creator, Gene Roddenberry, was a gifted hack writer for TV Westerns like “Have Gun, Will Travel” and cop shows like “Highway Patrol,” and “Star Trek,” though set in a nominally stylized future, was essentially a Western cop show. In fact, Roddenberry pitched the series to NBC as “Wagon Train” to the stars; and, as Captain Kirk noted in his log, the ship would venture out on “patrol,” cruising the galaxy like a city beat.

The Enterprise’s five-year mission, famously cut short by the network after three years, was ostensibly to seek out new worlds and new civilizations. Yet, with some exceptions, what Kirk and his crew encountered matched nobody’s conception of alien species inhabiting extra-solar worlds. The ship zipped from planet to planet as if flitting from channel to channel, essentially landing each week in a different old film.

“Star Trek” was shot for Desilu Productions, on the lot its founders, Lucille Ball and Desi Arnaz, bought from RKO Radio Pictures, the prolific studio that had made “King Kong,” “Citizen Kane,” the Fred Astaire-Ginger Rogers musicals and countless B pictures like “I Walked With a Zombie.” In time, the series moved to Paramount and if it seemed as though Kirk and his crew were venturing from old movie to old movie, Roddenberry and his crew were traveling literally from old-movie set to old-movie set.

“The majority of story premises …can be accomplished on such common studio back lot locales and sets such as Early 1900 Street, Oriental Village, Cowtown, Border Fort, Victorian Drawing Room, Forest and Streamside,” wrote Roddenberry in his original pitch. “Interiors and exteriors temporarily available after an ‘Egyptian’ motion picture, a ‘horror’ epic, or even an unusual telefilm, could be used to meet the needs of a number of story premises.”
Related
Times Topics: Star Trek

The creative re-use of studio sets may have begun as a way to keep costs down. But the show made a kind of loopy pastiche pulp art by appropriating, referencing and recombining ideas from film history, going imaginatively — and, yes, even boldly — where many had gone before.

I can still remember the first time I saw “A Piece of the Action,” which was set on Sigma Iotia II, the gangster-movie planet, on which Kirk and Spock donned fedoras and pinstriped suits to blend in. As a boy in grade school, I found it excitingly ridiculous but baffling. Why was Spock waving around a tommy gun?

Fortunately, my big sister, then already in high school, was on hand to explain the wondrous narrative physics of the episode. I was watching a puzzle made from three things, she said: one, the “Star Trek” I understood; two, a period crime movie our father liked, called “The Roaring Twenties”; and three, the clownish “Soupy Sales Show.”

I realized years later that I had heard the future in my sister’s cheeky teasing out of the pop-culture influences in one wonderfully, unashamedly preposterous episode of “Star Trek.” Today, my 22-year-old daughter talks that way about everything.

Ultimately, then, “Star Trek” was prescient not for its futurism, with the Enterprise crew using communicators that look like flip-phones, but for exploring a universe absorbed with pop-culture history. The slogan for the new movie may be “The future begins,” but what “Star Trek” really says is, the past continues.