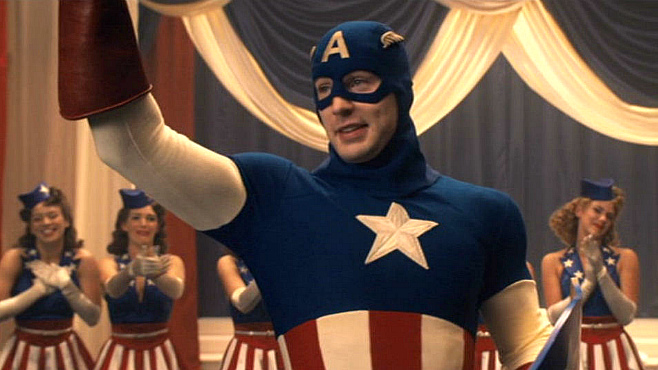 We talked about how certain movies tend to open strongly these days without the presence of a big movie star. Bibbs brought up Robert Pattinson, a good-looking British actor who plays a vampire of some kind. He has a point. People aren’t paying money to see The Twilight Saga: Breaking Dawn, Part 1 multiple times in order to see Mr. Pattinson or Kristen Stewart. They want to see the characters. An equally suitable actor could have been cast as Edward Cullen, I feel, and the level of audience passion would be identical.

The same could be said of the Harry Potter movies. All eight of them were immensely popular (heck, even a stodgy old man like me saw all eight in the theaters), and the most recent chapter remains the highest grossing film of 2011. And while people do have a fondness for the three lead actors in the series, it wasn’t their presence, necessarily, that attracted so many viewers. It was the fact that the books had a built-in cult, and they wanted to see the events from the books dramatized on screen. In a way, the actors were entirely incidental. We wouldn’t have stood by bad performances, but to serve the material (in the case of Harry Potter and Twilight) you only needed average and passable performances. Indeed, a great performance may have even served against the material; if a great actor brings something new to the role, you run the risk of changing the character from their literary version. Fans would not have stood for it. Imagine if Harry were weepy, or if Edward Cullen were cheerful, or if Bella Swan had personality. The fans would have hated it.

But it seems that the “big hit” movies these days are less about the old-guard thinking of matinee idols, and more about adapting familiar characters. Take a look at the recent spate of superhero flicks. Aside from Robert Downey Jr. in Iron Man, few of them bothered to find high profile and high-price movie stars. Thor, for instance, cast a relative unknown as the title character. I suppose they hedged their bets by casting Anthony Hopkins and Natalie Portman, but the leading man is still only known for that one film. Ditto Captain America. Chris Evans has starred in some high-profile projects, but he’s hardly an A-list movie Star.

Ah yes. The mythic “A-List.” I think we all kind of intuit what The A-List is, but there is not actual list anywhere defining what they are. What is an A-List star anyway? I imagine they are an actor or other pop star who has reached a certain level of fame, maintains a certain level of public visibility, constantly produces product, constantly receives work, and makes a certain amount of money. There was a time (and I’m going all the way back to the ‘30s and ‘40s for this) when studios would not open a film unless a recognizable star was attached. Often, the star would even be attached before the film itself was even decided upon. The power of the Matinee Idol was such that entire film trends were dictated by whether or not Joan Crawford felt like working that month. Sure, there were plenty of films that featured unknown actors, but they were typically relegated to the B-feature. Only a star would be cast in a “big” picture.

These days, to finally get to the thesis of this article, the idea of a “Movie Star” seems to be in a nebulous state. You’ll often hear older generations (which I think includes me at this point) harping on about how movie stars of today don’t resemble movie stars of the past. But I think we’ve finally reached a place where that complaint is legitimate, and not merely based on nostalgia. If big stars aren’t needed to open a big movie anymore, why seek them out? Why even have an unwritten movie star caste system? Sure, there are still some people in the world who will shell out to see big movie stars without even reading up on the movie in question, but I think, increasingly, audiences are seeking content over form.

I mentioned a statistic in our last episode (and who knows how accurate it is) that one of the top downloaded films on the Netflix instant streaming service was Certified Copy, a relatively slow-paced film directed by Abbas Kiarostami that philosophizes on the nature of truth, and is partly staged in French. It’s talky and stars Juliette Binoche, not exactly a “movie star” when it comes to the myth of the American A-List. Another one of the top-5 films on Netflix (according to that same nebulous study) was The Girl with the Dragon Tattoo, a thriller and a potboiler based on a hugely popular book, yes, but a film in Swedish. Perhaps with films like this leading the pack, we can intuit that audiences aren’t as afraid of subtitles as Hollywood producers seem to think, and that they’re seeking out smaller films. People are being drawn to content over flash. Thanks to home video, and now to instant streaming technologies, audiences now have equal access to Certified Copy and to Captain America. Just the way VHS did 30 years ago, Netflix seems to be evening the playing field.

And when the playing field is even, and content is actually succeeding over the tried-and-true studio formula, whither the Movie Star? In this new paradigm, is there room for matinee idols? Or is every single actor now going to have to rely on their craft and talent as a wondering performer to be noticed? Perhaps we have already entered a phase where a performer’s talent and daring will succeed over their easy charm and well-known magazine cover appeal. We will have fewer Movie Stars and more Actors.

Hollywood is a risk-free machine, and if an actor proves to carry a popular indie film, a big studio will be quick to scoop them up, and put them in a high-profile action picture; look at Jennifer Lawrence. So good in Winter’s Bone, so oddly-cast as a blue-skinned shapeshifter in X-Men: First Class. So as long as there are notable and talented people working in the acting profession, there will always be a tendency to bank on them and to idolize them. And when it comes times for the list-makers to talk about ‘The Best,’ these people will often be mentioned. Perhaps the cycle of talent and hero worship is just part of our nature. We need to have heroes and list our favorites.

Those lists, though, have fewer and fewer commonalities these days. The new question should be: Does that mean there are no more heroes, or that everyone is a hero? And, really, aren’t those kind of the same thing?