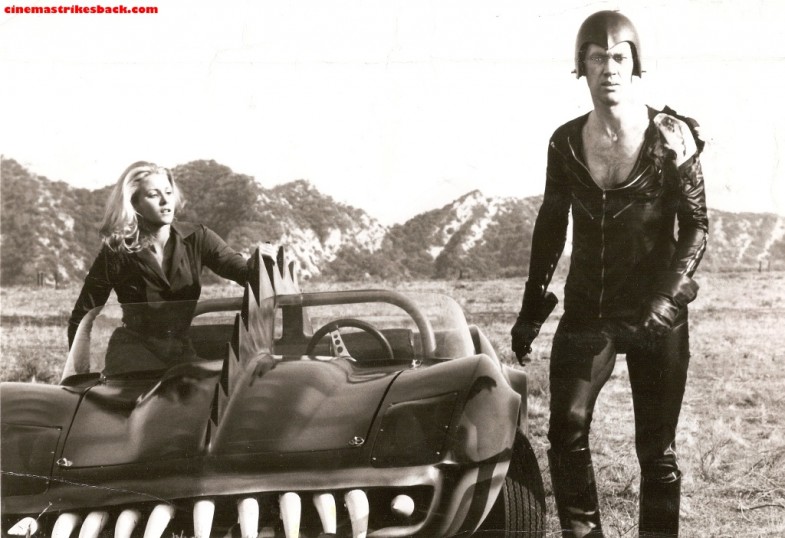 Not long ago, 22-year-old Daniel Radcliffe of Harry Potter fame explained to Parade magazine why he was temporarily led astray by booze: “I’ve worked with Richard Harris, Gary Oldman, all those actors who went crazy when they were young, and I always wanted that. The idea of that kind of life and chaos was always so appealing to me.” Fortunately for his fans, Radcliffe has wised up. He no longer seeks to emulate Brits like Richard Burton and Oliver Reed, whose talents were undermined and whose lives were shortened by their dedication to serious carousing. (See Robert Sellers’ recent book Hellraisers for more on that subject.)

Personally, I’ve had no contact with these famously drunk and disorderly British actors. But in my Roger Corman days I did have a brush or two with David Carradine, whose off-camera antics were legendary among New World and New Horizons folk. A man of huge talent and huge appetites, Carradine went off the rails time and again. Substance abuse was at least part of the problem, though he was supposedly clean and sober in later years. Not too long ago, thanks to his performance in Tarantino’s Kill Bill films, he was experiencing a major career revival. When he died mysteriously in 2009, at age 72, there were a lot of great performances still left in him.

Many Corman alumni remember Carradine’s on-set caprices: the potsmoking; the toddler son (named “Free”) who romped un-diapered through his trailer on the set of Cannonball; the time in Argentina (for The Warrior and the Sorceress) when he smashed his hand into a concrete wall and had to film his sword-fights while wearing a specially-decorated plaster cast. Carradine also once claimed to have misplaced his false teeth just before a key scene, necessitating a frantic search by the entire production team before the dentures were finally found tucked away in his costume.

Future producer Jon Davison has reminisced to me about a Carradine tantrum connected with one of Roger Corman’s best-known films, Death Race 2000. Roger had decreed that his leading man’s “Frankenstein” costume be made of cotton, to save money. David, who demanded leather, threw his helmet at the friendly costumer, then stormed into the New World offices, bent on a face-to-face confrontation with the boss. Jon vividly remembers how “Roger got so upset he hid under his desk and wouldn’t come out.” That was a smart move, because an angry David Carradine was a genuinely dangerous guy.

I myself felt something of that wrath years later, after I was handed a script called Lost Planet. David had written, as a starring vehicle for himself, an outer-space drama with echoes of Mad Max. I thought it showed promise, but did my usual diligent job of compiling a lengthy set of story notes. Obviously, I’d struck a nerve. In his fury, he objected to my carefully-written comments, accusing me of being overly invested in my own literary style. I later learned he’d tried to have me fired.

I didn’t remind him of that situation in 1999, when we had a good phone chat for my Corman biography. On that occasion David proved smart and good-humored, graciously praising Roger’s contribution to Hollywood: “It’s almost as though you can’t have a career in this business without having passed through Roger’s hands for at least a moment.”

I liked that incarnation of David Carradine a lot. But I don’t know what to make of the one who died so bizarrely in a Bangkok hotel room. Certainly I hope that young Daniel Radcliffe finds other — better –- sorts of role-models.

Read more of Beverly at http://beverlygray.blogspot.com/