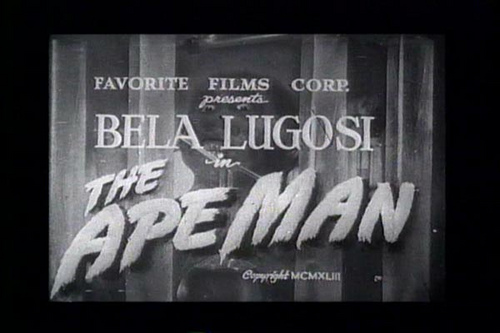 William Beaudine started making films in 1909, bringing nearly fifty years of expertise to the Mickey Mouse Club. A man to gladden the heart of penny-pinching producers, he delivered nearly every film he directed on-time and on-budget. From May 1955 through September 1956, he helmed five serials, many Circus Day Mouseketeer segments, and a full-length feature film for Disney.

He was born William Washington Beaudine, in the Bronx, on January 15, 1892. His father was also William Beaudine, a driver for a milk company; his mother was Ella Moran. Bill Beaudine was the oldest of three sons. His father and his youngest brother Ted died of pneumonia in 1905, so by age thirteen he was sole support for his mother and little brother Harold. This early assumption of responsibility gave him a practical outlook on life and directing, a determination to keep working no matter what.

Beaudine entered show business in 1909, as a clerk at the Biograph Company in New York City. He doubled as an extra on D. W. Griffith shorts, worked as both cameraman and assistant director for Mack Sennett, while continuing to play bit parts. In October 1914 Bill was offered a job at Kalem Film Company in California. He immediately married his fiance Marguerite Fleischer, and after one year as an assistant director, he was promoted to director with Minnie the Tiger (1915). In 1916 he switched to Universal Film Manufacturing Company, directing shorts for them, on many of which he worked with writer Jack Cunningham. (Many years later, Bill Beaudine would hire Jack Cunningham Jr as an assistant director for Disney serials).

From 1918 to 1921 Beaudine went from one studio to another, as companies went under or decided they could do without him. His brother Harold also came out from New York as a director of silent shorts. He was eventually picked up by Warner Brothers, who often loaned him out. With Watch Your Step (1922) for Goldwyn, Bill Beaudine made the jump to feature length films (five reels), and by 1930 had gone freelance, and was living in a Beverly Hills mansion with his wife, four children, and servants.

One of his best films was Penrod and Sam (1931), but after that, he fell afoul of Sam Briskin at Columbia, and was out of work for six months, the longest period in his life. By the time he picked up work again at Paramount, all five of the banks in which he kept his savings had failed. Paramount itself went bankrupt, and Beaudine scrambled to find work wherever he could, sometimes directing shorts for MGM using the screen name “William X. Crowley”. He made his most successful film with W. C. Fields, The Old-Fashioned Way (1934), but despite its popularity he received only one job offer, from a British film company. Beaudine would spend four years in England making well-received comedies that very few people in America ever saw.

Returning to the states in 1938, he found that he was forgotten in Hollywood. He had difficulty getting and keeping jobs with major studios, so he went to work for “poverty row” independents. The films he made in the late thirties and forties were almost all “B” grade, and he soon acquired the reputation of a competent workman-like director, who was always well-prepared, and obsessed with maintaining the shooting schedule. He in turn grew a little cynical about the mediocre screenplays and barebone budgets he had to work with. When on one rare occasion he was admonished for falling behind schedule in making a shoestring potboiler, he replied “You mean someone out there is actually waiting to see this?” He was reportedly known for his refusal to do retakes, no matter what mistakes cropped up in the first shot, though the nickname “One-Shot” was not applied to him during his lifetime.
Contribution

Beaudine had known Walt Disney since the mid-twenties. In early May 1955 he approached Walt with an idea for a film about a teenage girl and her dog in the West. Walt liked the concept, and assigned his long-time friend Lillie Hayward to adapt it as a serial for the Mickey Mouse Club. Bill was hired for what he thought would be a twelve-week stint, directing Corky and White Shadow. There was no contract with the studio, just a handshake with Walt Disney. The twelve weeks would turn into sixteen months.

Corky and White Shadow was filmed on location near Big Bear Lake, and in the studio at Burbank. It was completed by mid June 1955. Beaudine then spent several weeks in late June and early July directing Circus Day shows, after which he was unexpectedly handed the reins for another serial, to be filmed at Golden Oak Ranch. The Adventures of Spin and Marty had been originally assigned to Pete Lyons, who did all the directorial prep work on it. Beaudine was able to start filming on July 13, 1955, and finished it on September 3rd, with a week lost to an actor’s strike.

This serial proved to be the single most popular feature of the Mickey Mouse Club, generating enormous amounts of fan mail. Beaudine had a spare, natural style that worked perfectly with the Jackson Gillis teleplay. The first Spin and Marty serial has a rustic simplicity that markedly differs from the sequels. Beaudine wisely let the interaction of the boys carry the load, keeping the adults in the background whenever possible.

Beaudine returned to filming “Circus Day” episodes in September, then was given a feature film assignment for Disney. Westward Ho, the Wagons! would star Fess Parker as a wagon-train leader in the mid-19th Century. The movie would be shot on location during the winter of 1955-56, and would feature several Mouseketeers as children in the wagon train. The filming got off to a rough start when Mouseketeer Darlene Gillespie fell ill with pneumonia and had to drop out of the picture. Her character’s part was then scaled back and filled by Doreen Tracey. The film’s second unit director, Yakima Canutt, handled the large-scale action sequences, while Beaudine took care of the interrelationships between characters in the wagon train and the Indians. Filming completed in mid-spring of 1956, but the picture, though profitable, was not a great success when released later that year.

At the start of the second season of the Mickey Mouse Club, Beaudine directed a short semi-documentary serial called Sierra Pack Trip. In late spring he was handed a hurriedly written serial called Adventure in Dairyland, to be filmed on location in Madison, Wisconsin. This was a replacement for the second What I Want To Be serial, which had been cancelled. This serial, filmed in June 1956, starred Annette Funicello and Sammy Ogg, and marked the Disney debut of Kevin Corcoran. All three actors would also appear in Beaudine’s next assignment, Further Adventures of Spin and Marty, which started filming July 30, 1956. On September 4th, with several episodes still left to film, Beaudine fell ill with peritonitis, and was replaced by dialogue coach Fred Hartsook. The serial was shortened by several pages of script due to his illness. It would be two years before William Beaudine Sr returned to Disney.

Beaudine directed several episodes of Walt Disney Presents following the end of the Mickey Mouse Club. For the completion of a two-part serial called Moochie of the Little League (1959), he was presented with a golden megaphone trophy by actor Kevin Corcoran, in celebration of his fifty years of film-making. He then moved over to CBS where he directed many episodes of Lassie during the sixties.

In the mid-sixties Beaudine made a couple of campy teen-horror-westerns, with titles like Billy the Kid vs Dracula, and directed episodes of the television show The Green Hornet. He also directed the televised 40th Anniversary Celebration for Mickey Mouse in 1968, in which twelve of the original Mouseketeers also took part. By this time Beaudine was the longest-working director in cinema history, and was recognized for the same with a AFI tribute in 1969. He died March 18, 1970, in Canoga Park, California, of uremic poisoning.
Producer