The trailer for The Equalizer – the reboot of the 1980s TV show reuniting director Antoine Fuqua with his Oscar-winning Training Day lead, Denzel Washington – debuted this week; judging by the preview footage, Fuqua and Washington could have another effectively gritty, crowd-pleasing, action genre offering on their hands. Good news for Sony too, since the studio has already started to work on an Equalizer 2, in response to strong test screening responses to the first installment. Fuqua is – no surprise – Sony’s first choice to helm the Equalizer sequel, but that’s not the only offer on his plate at the moment. 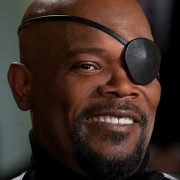 According to a fresh report by THR, Fuqua has also been approached by 20th Century Fox to direct the action/thriller Narco Sub – a directing vehicle originally intended for the late Tony Scott, which still counts his brother Ridley Scott, as a producer (along with X-Men: Days of Future Past writer, Simon Kinberg). In addition, MGM is making a bid to get Fuqua to helm the studio’s slow-moving The Magnificent Seven remake – a project that began showing new signs of life in late 2013, after having looked dead in the water for nearly a year before then.

Equalizer 2 is currently being penned by Equalizer screenwriter Richard Wenk, who also worked on the scripts for the Mechanic remake and The Expendables 2. However, much like Fuqua directed last year’s throwback action flick Olympus Has Fallen only to pass on helming the sequel – next year’s London Has Fallen – it’s possible that the filmmaker will take steps to avoid being tied down to the potential Equalizer franchise. Deadline has indirectly suggested as much, with a separate report that asserts that Fox has already attached Fuqua to Narco Sub.

The Narco Sub script written by David Guggenheim (Safe House) revolves around a “disgraced American naval officer [forced] to pilot a submarine carrying a huge shipment of cocaine” from South America to the United States. It reads as being the sort of B-movie with relevant sociopolitical overtones, that lies in Fuqua’s wheelhouse as a director; for now, the project is up for grabs, as the previously-rumored director, Doug Liman (Edge of Tomorrow) has since moved on to make Splinter Cell instead.

Then again, Fuqua has tried his hand at different genres before – like when he directed the 2004 King Arthur (for better or worse) – and he might also prefer to do that in this case, by skipping on Narco Sub to go call the shots on the western-geared Magnificent Seven, instead. The developing remake of the 1960 film about seven gunslingers who defend a Mexican village – an Americanized take on Akira Kurosawa’s 1954 masterpiece, Seven Samurai – has a script written by True Detectives creator Nic Pizzolatto, with revisions from John Lee Hancock (director of Saving Mr. Banks).

Magnificent Seven was, for a while, being envisioned as a Tom Cruise vehicle, but that is no longer the case; according to THR, Brad Pitt is the top pick among the other fittingly big-name stars currently being eyed to portray the eponymous cowboy pack. That would be in keeping not just with the casting for the original movie – featuring such names as Yul Brynner and Steven McQueen among its ranks – but also the longtime rumors about the present-day celebrities who’ve been eyed for the remake.

Fuqua could well be tempted to take on the intimidating job of remaking Magnificent Seven – a film generally regarded to have achieved “classic” status – but, seeing how he only just finished rebooting The Equalizer, the director might prefer something a bit more original (a la Narco Sub), instead. First, though, he’s going to direct the boxing drama Southpaw, which looks to boast a rather promising cast that includes Jake Gyllenhaal, Rachel McAdams, and possibly Oscar-winners Lupita Nyong’o and Forest Whitaker.

Let us know which of these developing projects – Equalizer 2, Narco Sub, and The Magnificent Seven – sounds the most intriguing and/or that you’re most interested in seeing Fuqua direct next, in the comments section of this article.

The Equalizer opens in U.S. theaters on September 26th, 2014. We’ll know you know what Fuqua has selected as his followup – when we know, that is.