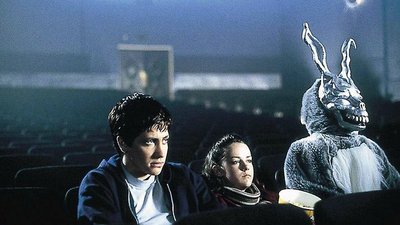 While looking over that past few programs of midnight screenings at The Ken, the thought of revisiting Metropolis and The Maltese Falcon had crossed my mind. When push came to shove, staying out until 2 a.m. watching a couple of titles I cut my teeth on, only to boast that I had once again enjoyed the midnight movie experience was not going to happen.

At least the thought was there, which is more than can be said for any of the titles on The Ken’s latest lineup of after hours attractions. Midnight movies lost all appeal to me when they went mainstream sometime in the mid-’70’s. John Waters’ garden of hardcore atrocities were gradually plowed under by softer, gentler crowd-pleasing camp. Pink Flamingos was my Rocky Horror — hell, it was America’s horror — and for one formative year I spent my weekend nights on the cinematic graveyard shift repeatedly absorbing the shockingness of Divine and her filthy horde.

Living in a town where ComicCon reigns supreme, its influence on counter-culture programming is as inevitable (and unwelcome) as the 12 days of inclement weather that befalls us each year. There are two San Diego premiers on the schedule: The Theatre Bizarre and the latest from Troma, Father’s Day. The former falls on my watch, so expect at least a capsule in the print edition of The Reader. The soupçon of wit to be mined from Troma soup kitchen releases like Surf Nazis Must Die and Chopper Chicks in Zombietown stops at the titles. Troma co-founder Lloyd Kaufman will be there in-person on Saturday, February 25.

There’s the compulsory annual appearance of Spike & Mike’s Sick & Twisted Festival of Animation and an Indiana Jones entry I avoided altogether. Something called Serenity is on the list. Apparently the programmer added the goth-gumball based upon his admiration for a TV show, hence the “Firefly on the Big Screen” snipe on the handout. There is only one Firefly worth staying up past midnight to worship and adore.

The two acceptable films on the list, Donnie Darko and The Nightmare Before Christmas, have been played to death. While I admire Landmark’s attempt to keep midnight movies alive, they do so in spirit only. How about a trip to Zabriskie Point? THAT’S a midnight movie! I’d love to once again hear the legend of the one they call Johnny Guitar. Is Salo too much to swallow? Ed Wood or Ed Wood, anything but that ersatz Tommy Wisenheimer indulgence the L.A. denizens of the dark deem worthy of our time. And when all else fails, take to the Waters. There’s a 35mm print of Desperate Living in circulation. Book it and I’ll be there leading the regurgitation!

Get more out of life. Go to a movie with Frank!

We stand at a pivotal crossroads in our nation’s midnight movie-going history. It has finally become hip to reject Rocky Horror; lose the training wheels, and give those us eager and willing to stay out late something to look at.

The Ken’s Midnight Madness takes place Friday and Saturday nights throughout February and March. Here is what you can expect:

March 2 & 3: Indiana Jones and the Temple of Doom

March 23 & 24: The Nightmare Before Christmas