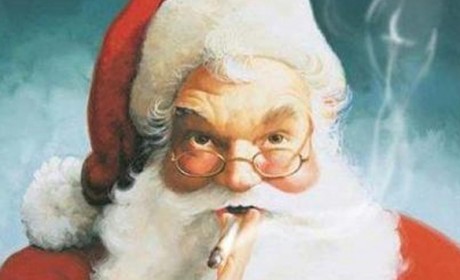 Franklin, Indiana – Long time exploitation director Jim Wynorski announced today that his next production will be a star-studded remake of the B-Film classic “Santa Claus Conquers The Martians.”It’s a show that screams out to be remade with today’s modern technology,declares Wynorski, who, along with producer Bill Dever, feels the infamous ‘kiddie matinee’ is now permanently tattooed on the psyche of film fans around the world.

The original ‘Santa Claus Conquers the Martians’ was made in 1964 and regularly appears on lists of the worst films ever made. Beside being continually resigned to the “bottom 100” list on the Internet Movie Database, the show was also included in an episode of the 1986 syndicated series, The Canned Film Festival. It stars a cast of deserved unknowns, save for a precocious 8-year old named
Pia Zadora, who plays one of the Martian children.

“Santa Claus Conquers the Martians” was made forc a mere $200,000 in four days at a converted airport hanger on Long Island, not far from where Jim Wynorski grew up. Over the next several months of pre-production, Wynorski will be consulting the same crack team brought together for the recent Bill Dever production, “Gila,” a remake of the genre classic “The Giant Gila Monster” from 1959.

Producer Dever, whose tireless devotion to all things B-Film, will again be bringing all the diverse elements together to make sure this new picture has the same high gloss as GILA! “The approach we’re taking on this update,” claims Dever, “will hopefully prove to fans that Santa really has a brand new bag.”