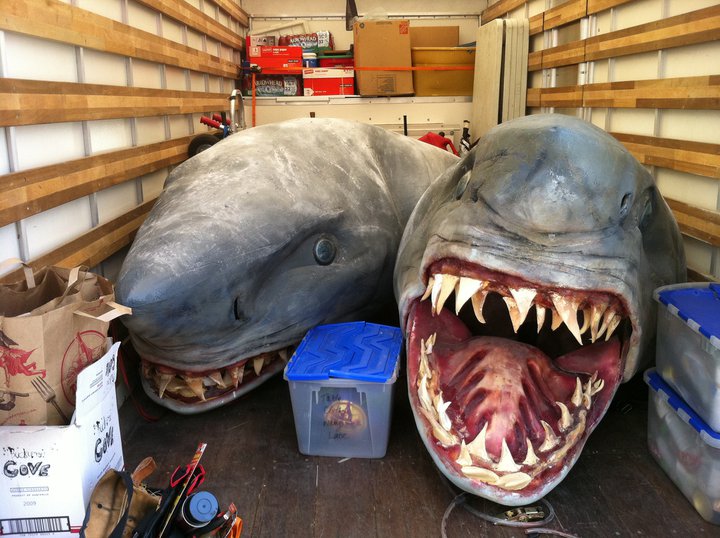 LOS ANGELES, CA – Carmen Electra (TV’s “Baywatch”, Scary Movie, Meet the Spartans) is back on the beach with Charlie O’Connell (TV’s “The Bachelor”, Huff) and Brooke Hogan (TV’s “Hogan Knows Best,” Devour) swim for their lives in 2-Headed Shark Attack, debuting on Blu-ray™, DVD and Digital January 31st from The Asylum. From the studio that brought you Mega Shark and Mega Piranha, comes this latest exploration into the murky depths of mutant sea life as a gaggle of bikini-clad beach bodies fall victim to a murderous two-headed killing machine. Bonus features include a behind-the-scenes featurette “The Making of 2-Headed Shark Attack.” The film will be available for $24.95 SRP (Blu-ray) and $14.95 SRP (DVD).

When a Semester at Sea ship is sunk by a mutated two-headed shark, the survivors escape to a deserted atoll. But when it starts flooding, the coeds are no longer safe from the double jaws of the monster.

Directed by Christopher Douglas-Olen Ray from a story by Edward DeRuiter and a screenplay by H. Perry Horton, 2-Headed Shark Attack was produced by David Michael Latt, David Rimawi and Paul Bales.