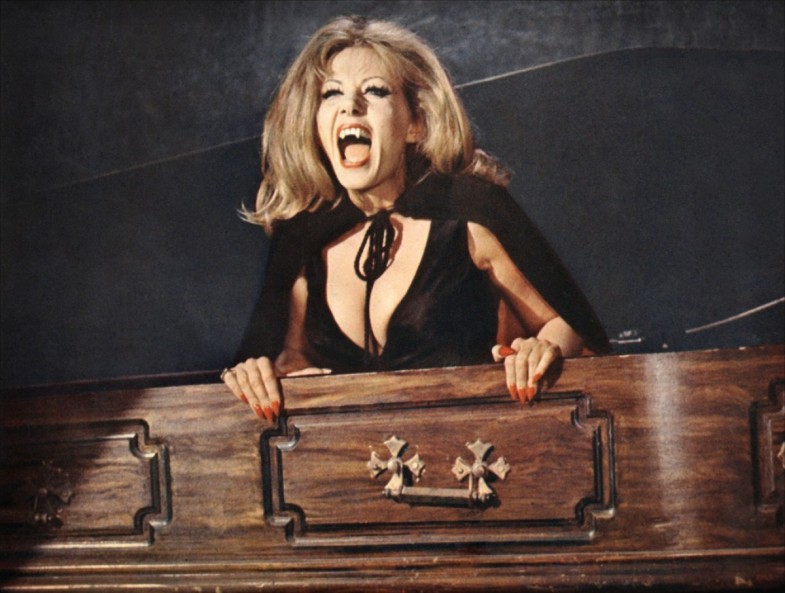 Drive-in Dream Girls: A Galaxy of B-Movie Starlets of the Sixties by Tom Lisanti

“Wildly entertaining … well-researched and informative.” – Editors, Paper; “Lisanti has managed to get some of the forgotten and near-forgotten bombshell divas of Grade B Cinema to dish, dish, dish, and his own commentary is gossipy, witty, frequently hilarious and always insightful. A must-have for all you kitsch movie fans out there!” – John Rowell, Show Business Weekly; “Engrossing and entertaining. A pop culture, trivia lovers’ heaven … a fascinating read.” – Nigel Patterson, Elvis Information Network; “Lisanti, always a fine writer and interviewer, gets some fascinating stories and tidbits. There’s a lot of interest here … worth reading.” – Laura Wagner, Classic Images; “The ultimate gift for the demented cineaste. Lots of fun … rich with photographs.” – Phil Hall, Gay City News; “This is the third in author Tom Lisanti’s sexy sixties sweethearts trilogy. [He] does a great service to fans of these movies, actresses, and the times.” – Katherine Orrison, Cult Movies; “A worthy follow-up to Fantasy Femmes of Sixties Cinema.” – Michael Weldon, Psychotronic Magazine; “A collectors must! Well-illustrated.” – Film & Media Catalogue.

During the ’60s, a bushel of B-movies were produced and aimed squarely at the teenage drive-in movie audience. In the early part of the decade, teens couldn’t get enough of the bikini-clad beauties dancing on the beach or being wooed by Elvis at raucous clambakes in Pajama Party, A Swingin’ Summer, Winter a-Go-Go, Blue Hawaii, and Kissin’ Cousins.

By 1966, however, young audiences clamored for more than what the beach or Presley films were offering as mini-skirted, go-go boot wearing, independent-minded chicks replaced bubbly beach girls in movies geared to young people who were racing to the nearest drive-in theater to catch Faster, Pussycat! Kill! Kill!, Angels from Hell, The Cycle Savages, Maryjane, and Satan’s Sadists.

Finally, the fantasy film was still a staple at the drive-in as teenagers craved to cheer on or ogle the pretty heroine in the newest way out spy spoof (Out of Sight, Come Spy with Me) or cheesy sci-fi adventure (Beyond the Time Barrier, Women of the Prehistoric Planet).

Drive-in Dream Girls: A Galaxy of B-Movie Starlets of the Sixties pays homage to some of the sexy, young actresses who every teenage girl envied and every teenage boy desired. It offers interviews, profiles, surprising anecdotes, film and TV credits, and a plethora of photos of 50 groovy drive-in movie starlets including: