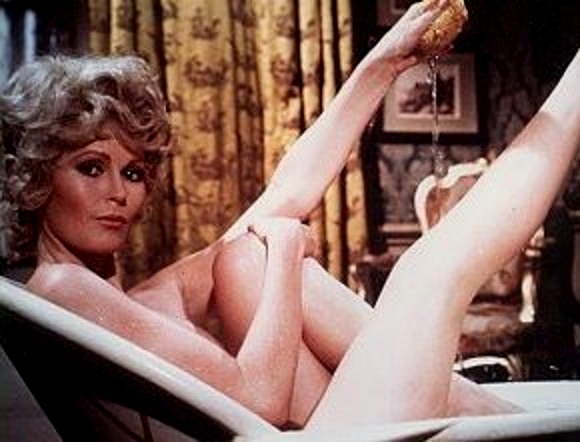 In a three year period, Veronica Carlson was terrorized onscreen by three of Hammer Studios’ most famous male villains: Christopher Lee as Dracula in the 1968 film Dracula Has Risen From the Grave, Peter Cushing as Dr. Frankenstein in Frankenstein Must Be Destroyed (1969), and David Prowse (best known for playing Darth Vader) as the Frankenstein monster in, of course, The Horror of Frankenstein (1970). In 1974, she ran up against her second vampire count (David Niven) in Old Dracula. A year later she reunited with Peter Cushing onscreen in The Ghoul (1975). In 1995, she co-starred with Gunnar Hansen, who played Leatherface in the original Texas Chainsaw Massacre, in the straight-to-video flick Freakshow.
Veronica Carlson